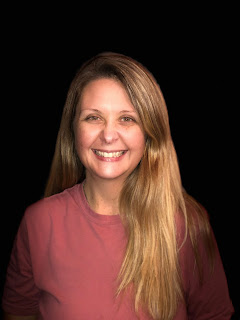 Sara Harris makes her home with her family of seven, which includes her romance novelesque husband and her five children.
She holds her BA in history and is currently back in school seeking her BSN. 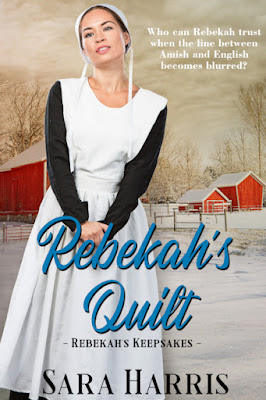 An Amish settlement. An English stranger. The Blizzard of 1888. Who can Rebekah trust when the line between the Amish and the English becomes blurred?
A sweet and gentle love blossoms between Rebekah Stoll and her childhood friend Joseph Graber, despite attempts by her saucy nemesis, Katie Knepp, to sway the young man's affections her way.
When Joseph hints at the promise of forever, Rebekah is positive she should say yes to his proposal - until a mysterious English stranger shows up at her homestead and sets everything she thought she knew about her world on end.

As out of place as the cry was among the sea of death, Elnora recognized the sound in an instant. An infant’s cry. Eyes searching the terrain, her gaze fixed on a lone, scrubby bush. A wail pierced the air again. Tucking the English square deep into her dress pocket, Elnora reached the bush in a moment, her hands clawing and searching through the summer leaf litter. Finally, something warm brushed her fingertips.

Cradling the English baby in her arms, Elnora rose to face the throng of women who had gathered to witness the unfolding miracle. “It’s a girl,” she proclaimed.

Sarah Wagler’s mouth hung agape as she bounced Elijah absently on her hip, and  the other Amish wives and mothers from the wagon train allowed tiny smiles to creep onto their solemn lips. Even the men folk paused.

Elnora’s awestruck voice was uncharacteristically robust. “Not a scratch on her! Not a bruise, not a drop of blood!”

Heloise, toting wide-eyed Joseph in her arms, stepped forward to get a better look.

Elnora’s voice took on the soft shushing of a new mother as she rocked the squirming infant. “Hush now, sweet one. You’re safe now.”

“You’re a natural,” Heloise observed, a twinkle in her eyes. “Look how she’s already calming. She feels safe.”

She is safe, Elnora thought, unable to tear her gaze from the tiny girl. Safe with me. Safe with us.  “Come,” Heloise whispered. “Get her to the wagon and out of this sun.”

Sarah fell in step beside her friend, her blue eyes also transfixed on the English baby. “It’s a miracle she wasn’t injured ... or worse.”

“I have extra goat’s milk that I boiled for Katie and Annie,” Katherine Knepp cooed as she and the other women joined them. “This little one must eat.”

Esther Odon nodded. “I have some girl clothes she can have.” Dinah Yoder placed her arm around Esther’s shoulders. The memory of Esther’s hard labor on the trail that had resulted in a stillborn baby girl was a raw one in all the women’s minds.

Tears pricked Elnora’s eyes. “Thank you. Thank you all.”

Day turned quickly to night as the Amish women fawned over the tiny infant that seemed to have come straight from heaven, leaving the men to finish the burials by moonlight.