Dancing With Sin Tour and Giveaway 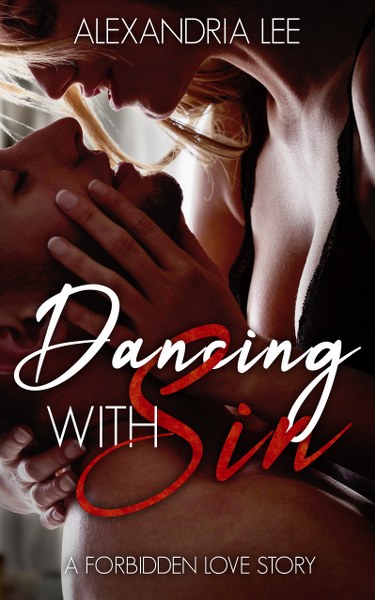 Alice Monroe was a good person who was about to do a very bad thing.
A professional dancer at twenty-four, Alice had worked tirelessly for years to achieve perfection in all areas of her life. She had the perfect boyfriend, the perfect dream job in her pocket, and the unfortunate, naïve belief that perfection was built to last.
All it took was one night to tear down everything Alice had built for herself until she was left single, jobless, and her heart stained with betrayal. With her tail tucked between her legs, she drives to Chicago to move in with her older sister until she's back on her feet.
Little did she know that this was just the beginning of her twist of fate nightmare. Ethan Black is waiting for her in Chicago as a perfect stranger, but soon after he and Alice meet, it's impossible for either of them to deny that they're destined to be much more.
The only problem?
Ethan's engaged to be wed to her sister.
Goodreads * Amazon 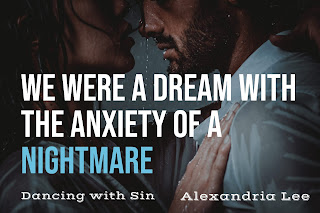 Pushing his weight off of the counter, Ethan turned to find me. His gaze landed on mine, heavy with palpable upset.

“Peter’s the man you should be with.”

Confused beyond thought, I had to ask, “What does that have to do with anything?”

He shook his head, eyes still gripping mine. “Everything.” Then he slumped his head, tearing apart our connection. For a moment, I worried he’d passed out standing up until the sound of humorless laughter shook his shoulders. Bringing his head back up, there was a terribly miserable smile cinching up his lips before he spoke. “And nothing.”

His eyelids drooped halfway down his eyes. “Nothing that matters anyway.”

Ethan’s mouth squished together in thought, his eyes turning suspect. “Only because you’re nice. You’re so so nice, Alice. Sometimes you’re too nice when you should be tougher.”

“Sometimes… sometimes I think about you and wonder if you’re only nice to me because your sister isn’t.”

“So this is about Monica?” Maybe we were finally getting somewhere.

Ethan shook his head, pinching his fingers together over the straight bridge of his nose. “No, no! This is about you. You and Peter and how happy I am for the both of you.”

“Exactly!” Ethan’s exploded. “It is okay. It’s more than okay! It’s fucking magnificent that you guys are together now. I couldn’t be happier for the two of you!”

“Okay, so what’s your problem then?” I asked, my voice rising with my frustrations.

I assumed Ethan had reached his peak. I assumed he’d gotten as angry and as belligerent as he was going to get. I had assumed wrong.

“My problem is that I haven’t been able to stop thinking about you since you got here.” My heart stilled. Ethan’s eyes sharpened on mine, and he stepped closer.

“My problem is that you’re so goddamn perfect that you’re ruining everything.” Ethan continued towards me, determination in his calculated steps and sins running through his eyes. Sins that spoke directly to my wildly beating heart as Ethan got closer and shook my entire foundation.

He didn’t know what he was saying. He couldn’t have.

I tried feebly to put back that space between us that Ethan had taken away, stepping backwards until my heels hit a wall. I had nowhere else to go. My back was against the wall both literally and figuratively, and Ethan took full advantage of that. He towered closer, my head tipping back to keep an eye on him and those dark vices clouding his judgement. Thoughts raced back and forth and around and around until they collapsed against my brain, overwhelmed to the point of mindlessness as Ethan closed in.

He came so close, the crisp aroma of rum on his breath made me lightheaded with just a simple whiff. Or maybe it was just Ethan and everything he was saying and how he was looking at me right now that made me feel drunk past the point of help.

Ethan embodied imposing as he loomed over me, his dark energy suffocating any surviving oxygen living between us until I was only breathing what came from him. We breathed each other’s air, living off of each other as Ethan raised his arms up over me and placed them against the wall.

He had trapped me using his own body and the provocative look charring his eyes over black, leveling them on mine.

“My problem,” Ethan said, his breath kissing my lips. “Is you.” 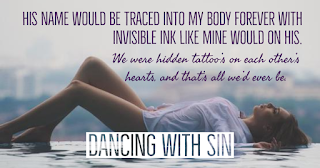 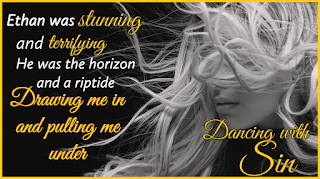 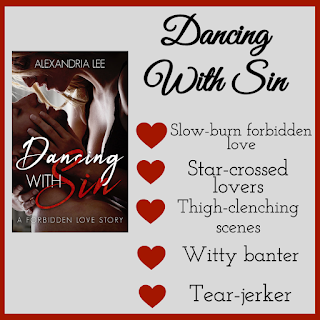 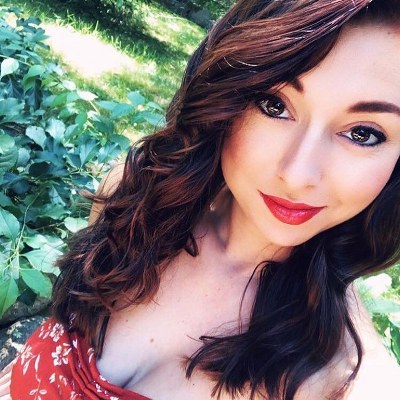 Alexandria Lee is a dark romance author who loves writing books with high tension and higher stakes. Forbidden romances are her bread and butter, and she promises to make you laugh, cry, scream, and hot under the collar with her stories.
Newsletter * Facebook * Twitter * Instagram * Bookbub * Goodreads