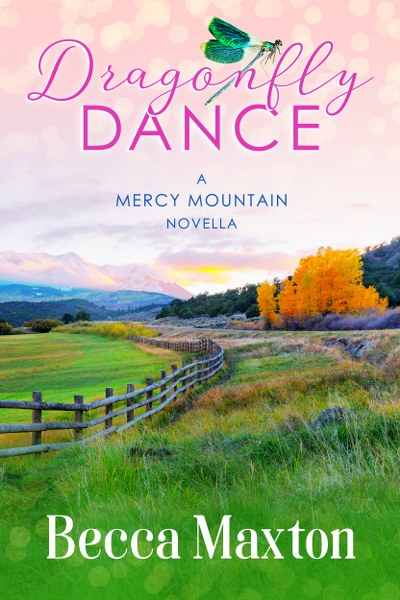 Some things are worth the wait…
Ben Mannis never got to be young, wild, and free. Both his parents died when he was 20, leaving him a ranch to run and younger siblings to raise. Now 42, life—and love—seems to have passed him by. Not that he’s complaining, the town is his family and he’s been too busy to fret a missing love-life. When he’s asked by the newspaper editor to show the Gazette’s owner around the local area for a few days, Ben is happy to oblige. Little does he know everything he’s missed out on is arriving wrapped in one sophisticated leggy, blonde package.
Catherine Kendall wants to live her creative dream and not the dictated life her father has assigned. As the only child, she’s been groomed to run the family publishing empire. Trouble is, she hates the news business, hates the city, and longs to live near mountains and indulge in becoming a sculptor. So, while the town thinks she’s come to inspect the Gazette, she’s really there on a frustrated dare her father tossed out—prove herself an artist or return to Kendall Publishing and never speak of her silly ambitions again. The mountains are just what she needed to spark her passion. Turns out, so is the handsome rancher acting as tour guide.
Can two late-bloomers turn a sexy fling into true love, or has their time passed them by?
Goodreads * Amazon 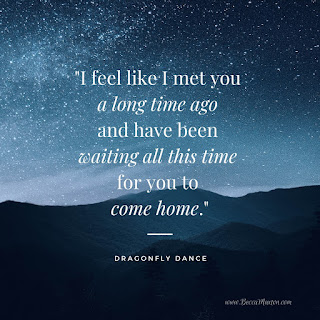 Rolling down his window, he offered the kid drying his car an extra dollar. “Get all the windows and mirrors. I’m looking to impress someone.”

With his truck polished, Ben headed off down Main Street. He drove past the post office and the turn off toward the senior center before pulling into a parking spot. It wasn’t glamorous, but the Ashnee Valley Gazette was headquartered directly above Gordy Sinclair’s Hardware Store. He stepped out and waved to Mrs. Gordy through the store window. Officially, she was Mrs. Sinclair. But for as long as he could remember, everyone called her Mrs. Gordy. He guessed she must be eighty years old now. It didn’t seem the time to switch things up and start calling her by another name.

He winced at the inordinate amount of noise the creaky wood steps made while he walked up the narrow staircase to the second level. So much for a subtle entry, he mused. At the top of the stairs, he opened the glass door with the stenciled words The Gazette on it and stepped into a scene filled with a handful of people singing.

Removing his hat, he stared at his friend Brady playing a banjo at the front of the room. Even Brady’s wife, Alicia, their two older boys and five-year-old twin girls were there. A petite blonde woman led the entire room in singing “Take Me Home, Country Roads” by John Denver.

When the song ended, the tiny group clapped enthusiastically. The blonde, who Ben quickly surmised had to be old Catherine, was anything but. She was a modern day Grace Kelly with slim, modest curves in all the right places and a face bordering on aristocratic.

Watching her attempt an awkward curtsy for the crowd sent a jolt of electrical thrill up his spine. On the highest heels Ben ever saw, the blonde spun around, tripped, laughed it off, and picked up a tray from the table behind her. She began handing out cupcakes. Mesmerized, he flinched a little when someone touched his shoulder.

“Ben, you’ve got to meet Catherine,” Brady said. “She’s the most fantastic woman. Have you ever met a person who knows all the words to every country song ever written?”

“Catherine,” Brady called across the room while pointing at Ben, “this is Ben, the one I told you about.”

“You mean my tour guide?” she called back. “He’s so handsome, Brady, are you sure that’s him?

Brady quivered all over, laughing at Catherine’s teasing. This was certainly a side of his friend he’d never been witness to.

Setting down the tray of cupcakes, she put her hands on her hips. “You aren’t playing with me now, are you?”

Ben enjoyed the form-fitted grey tweed suit Catherine wore as she walked his way. The skirt was long, past her knees. Black buttons ran up the skirt on a slant. The matching jacket was tied tight with a belt around the waist.

He stepped forward holding out his hand. “I’m Ben Mannis, tour guide. At your service.”

He smiled. “What, no cupcake for me?”

A flush crept across her skin and to his chagrin she let go his hand. She crossed the room, picked up a cupcake, and headed back.

Ben chuckled. “I was kidding, darlin’.”

What made me drum up that endearment?

“I don’t know where my manners went.” She handed him a chocolate-frosted cupcake with a wink. “I never kid about treats. Darlin’.”

After saying goodbye to Brady and the rest of the newsroom, Ben held the door for Catherine, and they headed downstairs. He’d seen her falter twice on her shoes already and worried she might teeter on the steps, but she managed the descent like a pro.

“My truck is the white one right in front,” Ben said, taking the lead and walking around to open the passenger door.

He stood back as Catherine took hold of the safety handle inside the vehicle and made a valiant attempt at lifting her knee against the restraint of her skirt. Failing to get her foot on the runner, she glanced at him.

“Of course. There’s no hurry.”

Her hand on the handle again, she wiggled her behind like a cat ready to pounce then jumped with both feet.

Ben bit the inside of his cheek to school his expression. “Hold on. I think we need a plan that doesn’t involve you falling in the street. How would you feel about me picking you up?”

She wrinkled her nose at him.

“We’ll do this quick. No one will be the wiser.” He glanced above her head at the two reporters who had their faces mashed against the newsroom window. Brady gave him a salute.

Straightening her skirt, Catherine held her arms out to him like a child. “Okay, you can pick me up.”

“Uh, well… I’m going to have to do this more like we’re crossing the threshold on the way to the honeymoon suite. I mean as far as the style of lift.”

Catherine lowered her sunglasses, looking him right in the eye. “Should I pretend I don’t know we have an audience?” Without waiting for his answer, she stepped forward and wrapped her pretty arms around his neck. “Or should we give them something to write about?”

With one arm supporting her back and another under her legs, Ben swooped Catherine off her feet, suggested she duck her head, and placed her on the seat inside the truck.

“I’m pretty sure we just made the front page,” Ben said.

“It only matters if we’re above the fold. And, thank you by the way.” 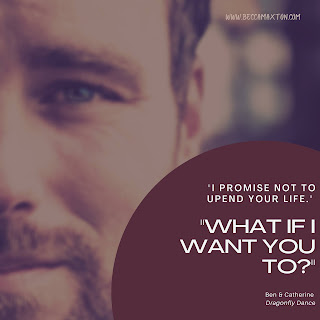 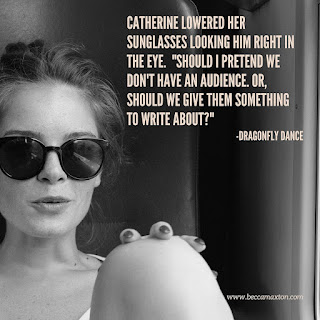 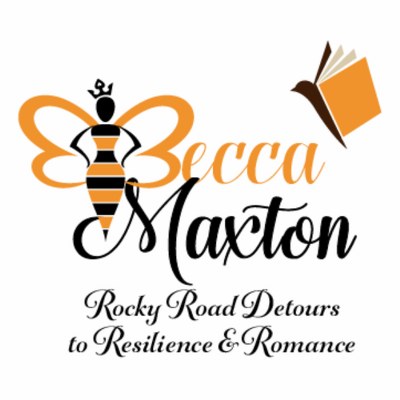 Becca Maxton is a contemporary romance author. She writes sensuous (dare say, steamy) and encouraging stories about rocky road detours leading to resilience and romance. Her characters are brave women and men facing challenges together and finding love.
Becca is a member of Romance Writers of America, Colorado Romance Writers and the best critique group of writer friends ever. She lives in Northern Colorado with her husband and son.
Website * Facebook * Twitter * Instagram * Amazon * Goodreads