✱✱Audio Book Review✱✱ Diamond in the Rough by Skye Warren 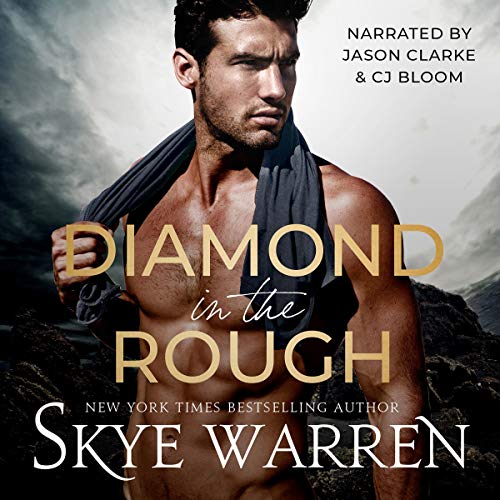 I'm stepping off a nine-hour flight when it happens.

A white van. A dark hood. Every woman's worst nightmare.

"Diamond in the Rough is masterfully written, sinfully sexy, and utterly addictive! Skye Warren proves why she is the queen of dark and delicious romance." (Giana Darling, USA Today best-selling author)

Now I'm trapped in an abandoned church. The man who took me says I won't be hurt. The man in the cell next to me says that's a lie. I'll fight with every ounce of strength, but there are secrets in these walls. I'll need every single one of them to survive.

"Five glowing stars! Diamond in the Rough is the dark and dangerous world that I love from Skye Warren. You will be completely caught up in Elijah and Holly's story from the first page to the last." (New York Times best-selling author Aleatha Romig)

Diamond in the Rough is a new dark romance from New York Times best-selling author Skye Warren. Finding yourself has never been so dangerous....

Momma Says: 5 stars⭐⭐⭐⭐⭐
Diamond in the Rough is an absolutely perfect title for this one, but at the same time, it doesn't even begin to scratch the surface of what this book is about. True to form, Skye Warren pulls you in from the very beginning, and she doesn't let go - not even after the last line has been read. The story is gripping, it's gritty, it's dark, and it's intense - crazy intense. This is one of those books that had I not been listening to it, I would've been white-knuckling my Kindle with each new twist and turn - and there are certainly a few of those.
Elijah and Holly have terrific chemistry right from the start, and it has the feel of a magnetic force, pulling them together even when they might not be the best for each other. Skye Warren certainly has a gift for bringing out those feelings in her characters, and the attraction between these two is almost palpable.
As if the story isn't good enough on its own, Jason Clarke and C J Bloom breathe life into Elijah and Holly, and they do it wonderfully. Between the writing and the narration, Diamond in the Rough is an unputdownable story right up to that last page, a last page that left me chomping at the bit for the next installment in this trilogy. And that's the closest thing to a spoiler I'm going to give.
Basically, if you enjoy dark romance with elements of suspense, this is a must-read, one that I highly recommend.