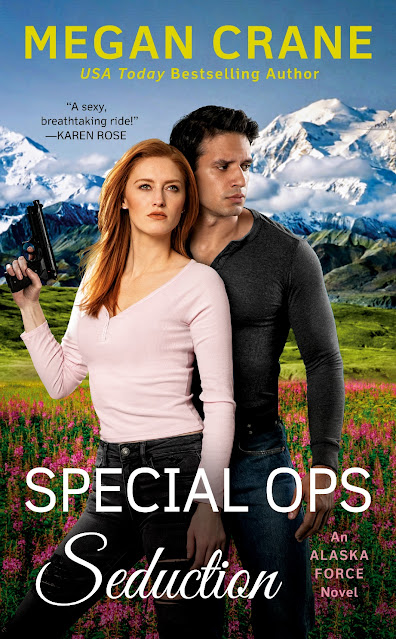 She's the last woman he ever wanted to see again... After an official operation turned deadly, Jonas Crow began a new life in Grizzly Harbor with Alaska Force. But when fellow soldier Bethan Wilcox joins the group, she forces him to remember things he actively prefers to forget. That's unforgivable enough. But now the two of them are forced together on a mission to uncover deadly secrets tied to their complicated past, and with the heat between them at a boil, forgiveness is the least of his worries... And the only woman he needs. Bethan Wilcox, one of the first women to make it through Army Ranger school, didn't join Alaska Force to deal with Jonas's foul temper. Or her own errant attraction to him. Thrown together in a race against the clock, they have to pretend to be a couple and play nice to throw the enemy off their scent. She knows better than to let their pretend love feel real...especially while time is running out. Jonas has always been good at saving the world. But it's Bethan he needs to save this time around—if she doesn't save him first.

Momma Says: 4 stars⭐⭐⭐⭐
I'm pretty new to Megan Crane's work, having only read a couple of books by her. Special Ops Seduction is included in that number, and reading the last book in this series is what brought me back to it. This one is a fake romance that's anything but. Jonas and Bethan have terrific chemistry and their feelings for each other come through loud and clear. There's also a good bit of suspense and excitement, and the way Crane balances it all out is impressive. Romantic suspense is one of my favorite romance tropes, but it can be tricky. Too much either way can shift the story, sometimes for the worse, but that's not a problem here at all. This 5th Alaska Force novel is a solid mix of romance, suspense, and danger with characters you genuinely want to root for.

Megan Crane is a USA Today bestselling and RITA-nominated author. She currently lives in the Pacific Northwest with her husband.