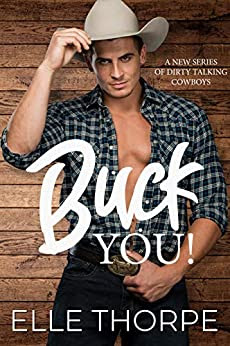 Summer Hunt was destined to be the first woman on the pro bull riding tour, until a devastating accident shattered her dreams. With the injury taking too long to heal, and her fiancé pushing to move to the city, there’s nothing left for her at the small-town bull riding school she runs with her father.Dominic West has always secretly longed to know his biological parents. But when an attempt to meet his birth mother goes horribly wrong, getting the hell out of town is all that’s on his mind. With a job available at Hunts’ Bull Riding School, hiding out in the place he knows from his childhood is the perfect escape.Until he comes face to face with the one person who has always owned his heart. The girl he grew up with, riding bulls in the dirt, is now a beautiful but broken shell of the woman he remembers. And she’s not happy to see him.Summer’s planning to leave in just a few weeks, set to marry some jackass who doesn’t know one end of a bull from the other, unless Dom can prove her dreams are still in reach. And convince her to stay. For her career. For him.Buck You! is a super sexy, friends-to-lovers romance sure to set your Kindle on fire. There is no cheating and a happily ever after. One-click or download with Kindle Unlimited today!

Momma Says: 5 stars⭐⭐⭐⭐⭐
If you read book one in this series, then you knew to expect this one to be Dominic and Summer's story. What I didn't expect was to be so thoroughly taken with Dom. Elle Thorpe has written some wonderful book boyfriends, and I've fallen for pretty much every single one. But none have been quite like Dom. He's an absolute sweetheart who says and does all the right things without even trying, then he's as tough as he needs to be when he needs to be. Summer is an exercise in frustration for a while. Not that she doesn't have good reason, but when she finally gets her head on straight and figures things out, she does it all the way. Not only does this one have a terrific couple, but we get some wonderful secondary characters as well. Some of those were met in the original series, like Frost and Addie. I loved Addie then, and I loved her in this one. The things she says to Summer and Dom are absolutely perfect and reminded me that she's definitely my kind of people. This whole story kept me turning pages until the wee hours, and I can't wait to see what this author does next.

Hallie knows how to lose your best friend in one easy step.Offer him your virginity, then watch him reject you.

But that was four years ago, and now she knows better. Working at Hunt’s Bull Riding School, there’s no shortage of hot young cowboys to keep her entertained. There’s no need to think about Nate Mathews, especially since he’s off on the pro bull riding tour.

Out of sight, out of mind.

Until Nate walks back into her life, four years older, four years hotter, and with four years of regrets behind the blue eyes she once fell in love with.

But on his first night back in their sleepy hometown, Nate’s plans to apologize are lost in the wail of sirens. In the devastating aftermath, Nate leans on the woman who once knew him better than anyone.

But this time, it’s more than friendship he wants from her. No amount of teenage history, bad-tempered bulls, or babies who hate his guts will stop him from getting his second chance.

This second chance, friends-to-lovers romance brings the steam against a backdrop of professional bull riding, rodeo, and small-town cowboys. This is a complete romance with a happily ever after.

Momma Says: 4 stars⭐⭐⭐⭐
I love Elle's cowboys, and this one has the added bonus of a second chance romance. That's a hard combination to beat. This one is a quick read, but that doesn't stop Hallie and Nate from burning up the pages with some great chemistry. These two are really good together and I enjoyed their journey as they each figured out what they needed to do to get things on track between them. This series is kind of Dirty Talking Cowboys 2.0, and it's shaping up to be loads of fun and full of steam.