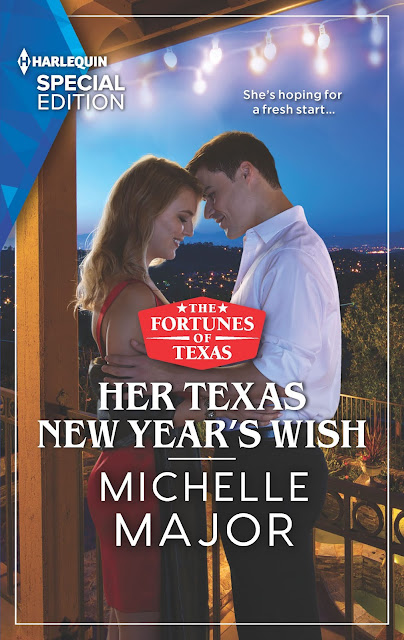 Can you fall head over heels And land on your feet?

When Grace Williams topples from the balcony at the soon-to-open Hotel Fortune, the last thing she expects is to find love with her new bosses’ brother. Wiley Fortune is visiting from Chicago, and the polished attorney has looks, money and charm to spare. But Grace’s past makes her wary of investing her heart—and risking her job. Do a small-town Texan and a city sophisticate really have a chance?

The Fortunes of Texas: The Hotel Fortune

Momma Says: 4 stars⭐⭐⭐⭐
Her Texas New Year's Wish is the perfect read for bringing in the new year, especially when we're better off curling up with a good book than getting out and risking our health. This romance is a great get away from it all type of book. It's a reasonably quick read with likable characters and an interesting storyline - all in all, a good way to start a series. The pacing is good, the romance is sweet, and Grace and Wiley have great chemistry. This one does walk the line of instalove - the attraction is certainly instant - and I'm not usually a fan of instalove, but the length and pacing of the book along with the writing style make it work. This is my first book by Michelle Major, but it won't be my last. As series starters go, this one does what it should - the characters and story are engaging, and I'm definitely interested in seeing what comes next for The Fortunes of Texas.

Excerpt for HER TEXAS NEW YEAR’S WISH by Michelle Major

“I wouldn’t drink that if I were you.”

Wiley Fortune plucked the glass from his sister’s hand and placed it back on the polished mahogany bar.

Nicole gave him a funny look. “It’s water, Wi. Roja is providing the food for this party. I may be a guest, but I’m also still on the clock.”

“I know it’s water.” Wiley tugged on the end of Nicole’s long blond hair, the way he used to do when they were kids. “That’s my point.”

Nicole, Ashley and Megan Fortune—the triplets—had been born seven years after Wiley, miracle babies in every sense of the word. Their parents, David and Marci, had married after a whirlwind courtship, marriages in a way that would have made Carol Brady’s head spin back in the day.

The boys had gotten off to a bit of a rocky start as they attempted to figure out their roles in the new family. Everything had changed when his mom gave birth to Stephanie five years later. One thing all four boys could agree on was how much they adored their baby sister. Mom had hoped to add another sibling to the mix right away, but she’d had trouble conceiving. Although she’d tried to hide her emotional pain and physical exhaustion, Wiley knew that season of loss had taken a toll on her.

Wiley loved every member of his family, but he’d been a quiet, introverted kid and it was a lot to grow up in such a big, boisterous family. Maybe that fact had something to do with the distance that had seemed to grow between him and the rest of his siblings.

He was the only one who hadn’t migrated to the quaint town of Rambling Rose, Texas, although they’d convinced him to visit over Christmas and return for his cousin Adam Fortune’s son’s first birthday party.

“It’s obviously tainted,” Wiley said, keeping his features neutral and using the same tone with her that he did for contract negotiations in his law firm back in Chicago. “Look around at all the nauseatingly happy couples here tonight. Something happens with the sweet nurse and her adorable twin toddlers, Sasha and Luna.

“It’s the water,” he repeated. “Or they’ve all been stricken by the Texas heat. Even Steven is all googly-eyed for his lady. I barely recognize my own brothers.”

A second sister, Megan, let out a mild laugh as she approached from the other side of him and helped herself to a sip of his drink. “If you don’t recognize your brothers, it’s because you spend too much time on your own.”

“Because Mom guilted you into it,” Megan reminded him. She, Nicole and Ashley looked almost identical with their shiny hair and delicate features. They’d followed their brothers to Rambling Rose and opened a farm-to-table restaurant, Provisions, to a great deal of success. Megan was the most serious of the trio and handled the finances for both Provisions and Roja, located inside the Hotel Fortune, which was due to open in just over a month. Nicole was the more flamboyantly creative and was using her culinary skills to create an innovative menu for Roja as the restaurant’s executive chef. Ashley took on the role of bossy micromanager in the best way possible, and as the general manager for Provisions.

“Wiley thinks Rambling Rose is a bad influence on all of us because the Fortunes are falling in love here.”

“You could use some more love in your life.”

Megan poked a finger into his biceps. “You work too much.”

“How would you know? I live in Chicago. Don’t tell me you’re keeping tabs on my life from halfway across the country.” Wiley felt heat prick the back of his neck as his sisters exchanged a knowing glance. He didn’t think he’d sounded defensive, but this was the reason he skipped so many family gatherings. There was no privacy to be had once his brothers and sisters got involved.

“All you talk about is work,” Megan answered, smoothing a hand over her cream-colored sweater.

“I like my job.” Wiley took a long drink of whiskey, welcoming the burn of the liquor in his throat. “It’s fascinating.”

“Not to mention there’s no shortage of yummy food to taste,” Megan added.

“Being an attorney is fascinating to me,” Wiley grumbled.

“Because you need more excitement in your life.” Nicole turned to him. “Don’t you long for a change, Wi? For years, you’ve been at the same firm in the same position—”

“And living in the same condo.” Megan fist-bumped her sister. 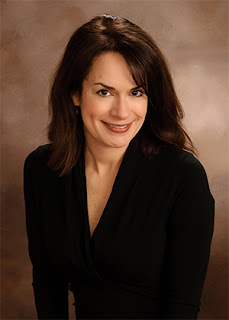 USA Today bestselling author Michelle Major loves stories of new beginnings, second chances and always a happily ever after. An avid hiker and avoider of housework, she lives in the shadow of the Rocky Mountains with her husband, two teenagers and a menagerie of spoiled furbabies. Connect with her at www.michellemajor.com.