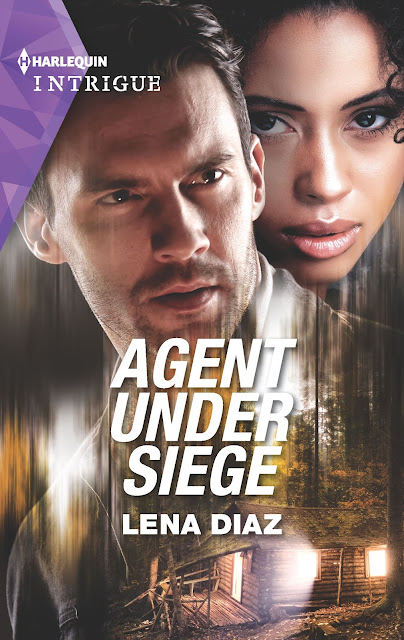 Can they outsmart a killer …who’s already escaped justice?

The Kentucky Ripper is in prison…or is he? When no one will help Teagan Ray find the man who really abducted her, former profiler Bryson Anton agrees to investigate. But soon their search takes two jolting turns—brutal attacks from a cunning suspect…and a powerful mutual attraction.

Momma Says: 4 stars⭐⭐⭐⭐
Agent Under Siege is my first read by Lena Diaz, which means it was also the first book I've read in the Justice Seekers series. Both of those things will be remedied now that I've had a taste of this author's writing. The series has an intriguing premise as does this story. I love reading about profilers. The books are fiction, so some leeway can be given on the believability of the story, but I tend to be drawn to profiler storylines. Plus I always enjoy running into a story set in my own homestate of Kentucky.  All of that combined with some great characters and a good mix of both suspense and romance makes for an engaging tale that I have and will continue to recommend to my fellow romantic suspense fans.

Excerpt for AGENT UNDER SIEGE by Lena Diaz

Long before the shadow fell across the end of the dock and hovered over Bryson Anton’s wheelchair, he knew the man was there. Motion sensors and security cameras had made Bryson’s watch buzz against his wrist when the man parked his car in the driveway. More messages warned when the man crossed the back patio. And again, when he’d descended the gently sloping lawn that ended at the creek. Bryson didn’t care who was now standing behind him, as long as he didn’t have to engage in conversation.

“Nice place,” the man’s voice rang out. “Probably one of the highest views in the Tennessee side of the Smoky Mountains. I’ll bet at night you can see nearly every light in downtown Gatlinburg from here.”

Bryson sighed but didn’t turn around. “My former boss took pity on me after I got myself hurt on the job. He gave me a boatload of money, and I was selfish enough to take it and buy this property. But that doesn’t mean he can drop by any time he wants.”

“I’m still your boss. I haven’t accepted your resignation.”

“That’s not how it works, Mason. I resigned, whether you accept it or not. I’ll never be a Justice Seeker again. I’m not going back to Camelot. You and your knights of the round table are better off without a washed-up former profiler jacking up your investigations.”

“Is that why you’re sitting out here drinking like a fish, because you think you jacked up everything?”

“Something like that.” Bryson grabbed a can of beer from the cooler beside his wheelchair and popped the top. He took a deep long swallow, more to irritate his unwelcome visitor than because he wanted it.

Mason retrieved a beer and eyed the label, then tossed it back unopened. “Fish biting?”

“Do you see a fishing pole around here somewhere?” Bryson emptied his can in the water and dropped it on his lap before wheeling around. “Enjoy the view as long as you want. You paid for it.” He rolled his chair up the flagstone walkway toward the house.

“Dalton and Hayley missed you at their wedding last week.” Mason fell into step beside him.

“Yeah, well. I didn’t have time to learn the latest dance steps.” He stopped at the sliding glass doors and tossed the empty beer can in the recycle bin. When he reached for the door handle, Mason leaned past him and held it closed.

Bryson swore. “What do you want from me?”

“I want you to do your job. A new client came to Camelot yesterday. She specifically wants to hire you.”

He scoffed. “You expect me to believe she asked for a washed-up former FBI agent to screw up her case so someone else will die? If she did, send her on over. I can accomplish that without lifting a finger.”

Mason leaned back against the door. “That’s a heck of a guilty conscience you’re nursing. Or are you just feeling sorry for yourself?” He waved toward the wheelchair. “If you’d actually go to your physical therapy appointments instead of being a no-show half the time, you’d be out of that thing by now. Don’t look so surprised. I pay your insurance premiums. I see what’s billed. And there’ve been a surprising lack of medical invoices lately. You’ve given up, Bryson. The question is why?”

“Why?” he gritted out. “Let me remind you that when I was the FBI’s golden boy, everyone treated my profiles like biblical text. So when I presented them with a profile for the Kentucky Ripper, they focused all their efforts on Avarice Lowe, the suspect at the top of my list. Meanwhile, Leviathan Finney—the real Ripper—was no longer under surveillance. To celebrate, he kidnapped and gutted another woman. Because of me, he was able to kill again.”

“Because of you, the police were able to significantly narrow their list of suspects much faster than they could have otherwise. The choices they made after that weren’t your fault. Hell, Bryson. If it wasn’t for the work you did, it would have taken far longer to catch the Ripper and put him in prison.”

“Tell that to the family of the last woman he killed.”

Mason shook his head. “I hear someone anonymously sends money to the last victim’s family every month. While I admire the generosity and kindness of the gesture, that person is making payments on a debt he doesn’t owe. The only person responsible for that woman’s death is the man who killed her—Leviathan Finney.”

Bryson fisted his hands on the arms of the wheelchair. “Are we about done here? It’s getting late.”

Mason let out a deep sigh. “Just explain one thing, then I’ll go. Why now? You left the FBI over three years ago and started working for me as one of the Justice Seekers. Why is the Ripper case bothering you again after all this time?”

Bryson stared at him incredulously. “Bothering me again? It never stopped bothering me. But I tried to make something good from the bad, atone for my sins by working investigations for you. And what did I do? I nearly got Hayley killed, got myself shot and here I sit with shrapnel they can’t dig out of my hip without risking the loss of my leg. Do I sit here feeling sorry for myself? No. I don’t deserve anyone’s sympathy, least of all my own. The people who deserve sympathy are the ones I’ve hurt, those who nearly died because of me, and the one who did. Accept my resignation and leave me alone. I’m not going to risk hurting anyone else. I’m done.” 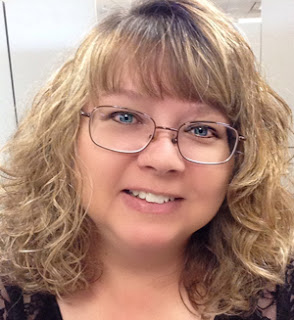 Lena's heart belongs to the rolling hills of her homestate of Kentucky. But you're more likely to see her near the ocean these days in northeast Florida where she resides with her hubby and two children. A former Romance Writers of America's Golden Heart® finalist, she's also a four-time winner of the Daphne du Maurier award and a Publisher's Weekly Bestseller. When not writing, she can be found sprucing up her flower beds or planning her next DIY project.