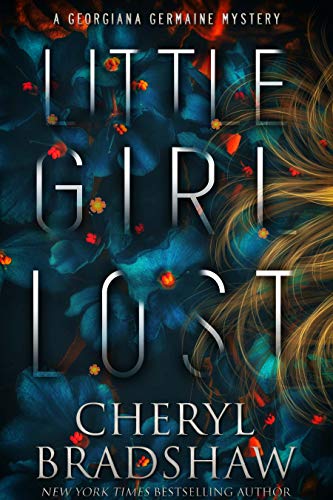 From the New York Times and USA Today bestselling author of the Sloane Monroe novels comes a gripping new series about love, loss, murder, and a broken former detective who's about to be drawn out of hiding.  For the past two years, Georgiana "Gigi" Germaine has been living off the grid, until today, when she hears some disturbing news that shakes her. Georgiana's brother-in-law has been murdered, her seven-year-old niece kidnapped. As the hours waste away, Georgiana races back to a town she left behind, and a former life she's still not ready to face. Readers are saying:  "A great start to what appears to be a great new series." "Couldn't put this one down. Read it in one sitting." "I was completely immersed in the story and read it straight through." "Love this new character. What a page turner." "I can't wait to read the next in the series."
Goodreads

Momma Says: 3 stars⭐⭐⭐
Little Girl Lost sounded like a gritty detective story, the first in a new detective series. I do love a good mystery series, and I’m always on the lookout for a new main character to follow from case to case.
Georgiana “Gigi” Germaine is the star of this show, and she’s a likable enough character. She’s a bit broken although we don’t know exactly why in the beginning. Little tidbits here and there are enough for a reader to hazard a generalized guess, but we don’t get that information until the end. Georgiana is certainly flawed, and she doesn’t always play by the rules, but those things make for some of my most favorite heroes and heroines in these kinds of stories.
As for the case, it all started out with an edge of your seat scene. I’m always that way when a child is involved, and this one was quite well done and definitely gripping. Then the story slowed down and started losing me. I get that this is a new series, and a certain amount of introduction and description is necessary for setting the stage, but I prefer that to be done organically throughout the story. Here, we get a whole lot of information about characters and places but very little about the case. Georgiana does some investigating, but it kind of felt like she was getting nowhere to make time for all that extra information. We get plenty of chats with this person and that one where we learn lots of mundane things but very little to do with the case. It just felt like there should’ve been more urgency, especially with Georgiana looking for her own niece. A niece taken by her father’s murderer. Parts of the story seemed like there was a book before this one where things took place, particularly a college friend who could have been more or was more. I just found myself wanting to skim to get to a point when things would pick up.
Things do start to move at around the halfway mark, and the pace steadily speeds up as Georgiana follows one lead after another and moves from dangerous situation to more dangerous situation. Once the story builds some momentum, the author paints a tension filled picture of our detective and the clues leading to the killer and hopefully, young Lark alive and well.
So, for me, Little Girl Lost has a solid beginning, as in the very beginning when the murder happens, and it has a good second half. It’s the stuff in the middle that could’ve done with some tightening up. It’s not a bad book by any means, but it’s not without its issues, so I’ve come out somewhere in the fair to middlin range.