Late For Love Tour and Giveaway 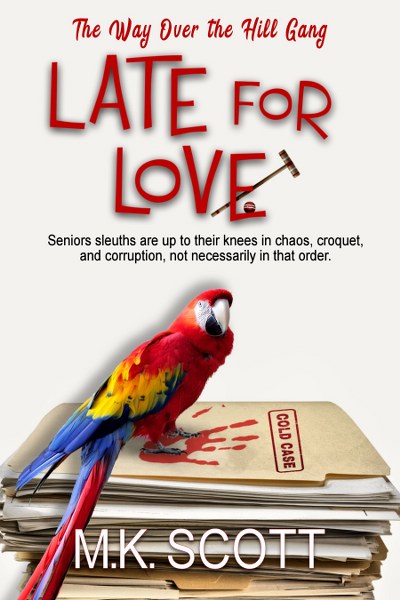 Late For Love
The Way Over the Hill Gang Book 5
by M.K. Scott
Genre: Cozy Mystery

The senior sleuths love a good laugh, but this conundrum is no laughing matter. A missing journalist, an African Grey parrot, and a possible mob connection sound like the beginning of a bad joke. Unfortunately, there is no punchline and no one, aside from the seniors, who would dare to take the case on.
Will their first chance to handle a case on their own prove to be way too much for them to handle, and more importantly, could this first be their last?
**Only .99 cents!!**
Goodreads * Amazon

“What?” Half the time, Jake felt like he came in in the middle of a movie when talking to Gus.

“You know.” Gus bobbed his head. “You wanted to know how we could get into Lyre’s sister’s house. She has the parrot. We could pose as inspectors.”

“That’s…” The word ridiculous stuck in his mouth as he considered his current sum of possibilities. He had zero ways of getting his foot in the door. “Doable. Maybe they register parrots? We need a type of organization. Perhaps we can drop off some expensive parrot seed or something.”

Gus snorted. “Why does every idea involve spending money?”

He had a point. Every cold case they had solved did involve some money even if was just for gas. “It is what it is. Remember that Jim Rockford, television private eye, had a daily rate plus expenses.”

“Yeah,” Gus agreed. “All we have are expenses and no one footing our bill.” 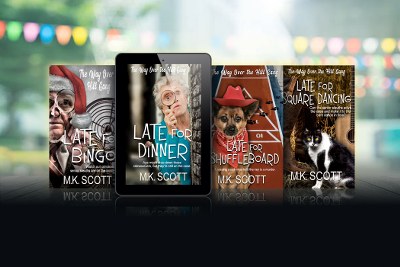 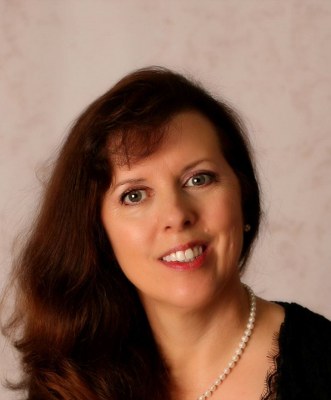 M. K. Scott is the husband and wife writing team behind The Painted Lady Inn Mysteries. Morgan K Wyatt is the general wordsmith, while her husband, Scott, is the grammar hammer and physics specialist. He uses his engineering skills to explain how fast a body falls when pushed over a cliff and various other felonious activities. The Internet and experts in the field provide forensic information, while the recipes and B and B details require a more hands on approach. Morgan's daughter, who manages a hotel, provides guest horror stories to fuel the plot lines. The couple's dog, Chance, is the inspiration behind Jasper, Donna's dog.
Website * Blog * Facebook * Twitter * Instagram * Bookbub * Amazon * Goodreads