Other People's Crazy Tour and Giveaway 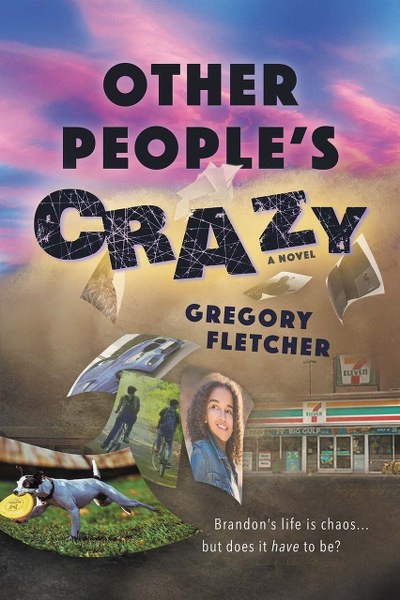 In a high school in suburban Arizona, the biggest kid in his sophomore class is being bullied by the smallest. With no dad, best friend, or girlfriend, Brandon’s life feels like pure hopeless chaos. But thanks to his crazy single mom, a stray dog, a bronco-busting hairdresser, a random left turn, and boomerang karma from the Universe, Brandon has a chance to turn his life in a new direction. Chaos, or Choice? They’re both in the mix of crazy at Mesa Verde High.
Add to Goodreads
Amazon * B&N * Kobo

The problem with Lucky Charms was that nowhere on the cereal box did it list how much you had to eat to actually become lucky. It only described one serving as three-quarters of a cup, but—what a joke—I always ate four times that amount. Shouldn’t my luck have quadrupled? Unless bad luck counted too. The cereal box neglected to distinguish between them.

Dirty cereal bowl in sink—check; lunch bag—check; charged phone in pocket—check. I was ready to head out into the fresh desert air, which in the early mornings was borderline comfortable. I followed the second-floor exterior walkway to the stairwell, but instead of going down, went up to the roof.

Mom sat tall with flawless posture on a purple mat, breathing deeply and muttering words that only made sense to her. Her feet were pulled up onto her thighs, and her hands rested on her knees, palms up. There was a second mat beside her, but whose? Probably an equally crazy neighbor who’d already left.

Huffing and puffing from the climb, I took in the open-sky view of Mesa and the surrounding mountains. Within an hour or so, it’d be too hot to stand out in the sun. Not until bedtime would the rooftop be bearable again, but by then the view would be gone, leaving a star-filled sky and the silhouette of the Superstition mountains.

Mom greeted me with her daily forecast. Not the weather, which was always the same: sunny and freaking hot. Her report had nothing to do with the weather. “Our morning will be filled with honesty, compassion, apologies, and new beginnings. We will stand strong and confident with truth on our side. At work, my day will be filled with appointments, satisfied customers, and super generous tips.” She ended with, “And yours?”

I never knew how to answer. Was I a freaking fortuneteller? And why should I expect anything else but my usual worthless day?

She finally gave in on getting an answer, rolled up both mats, and headed down the flight of stairs. In the apartment, she’d grab her bag, adjust the thermostat to 85 degrees, and lock the door. I continued down the stairwell without her, at my own pace. Before I reached the bottom, she passed me and cheerfully announced,  “Beat ya!”

“I wasn’t racing.” A guy my size had no business rushing down the stairs. Or running in general.

“Gets my blood moving,” she said. “Feeling energized. Ready for a new day.”

I hadn’t felt ready for a new day in a long while, and I doubted whether it had anything to do with how quickly I traveled from one floor to the next. Maybe I took after my father in that department. Should I ask her? I’d love to hear her response.

**Special Offer!!**
If you'd like a signed or inscribed book, please contact the author at his page HERE.
Simply for the price of the book + $3.50 for postage, he's happy to do so.
Venmo, PayPal or Chase Zelle available. 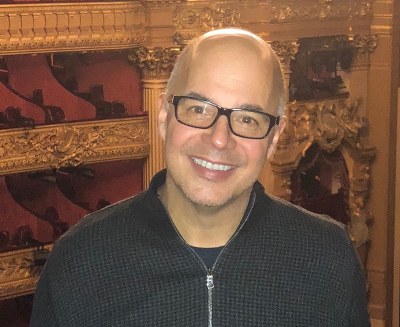 Other People’s Crazy marks Gregory Fletcher’s YA novel debut. Other published works include two short stories in the anthologies The Night Bazaar, and The Night Bazaar: Venice. Also, Fletcher is the author of the craft book Shorts and Briefs (a collection of short plays and brief principles of playwriting). Thirteen of his plays have been produced Off-Off-Broadway and regionally in Boston, Provincetown, Moscow (Idaho), and Miami. A native of Dallas, Texas, a resident of New York City, and a graduate with various degrees in theatre from C.S.U.N., Columbia University, and Boston University, Fletcher also teaches at the MA/MFA Maslow Family Creative Writing Program at Wilkes University in Wilkes-Barre, Pennsylvania.
Website * Facebook * Instagram * Bookbub * Amazon * Goodreads

Follow the tour HERE for special content and a giveaway!
$15 Amazon,
Signed Copy of Gregory's craft book Shorts and Briefs
- 1 winner each!
a Rafflecopter giveaway