Release Blitz for The Long Night by Lucy Felthouse 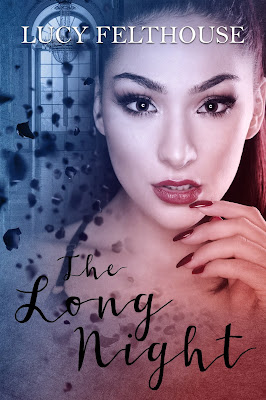 Forever is a long time for a vampire… but is all that about to change for Lailah?

Lailah’s neighbour, Loulou, is well known for hosting wild, extravagant events, so as Lailah heads over there for the much-anticipated annual Halloween bash, she thinks she’s prepared for pretty much anything. Soon after arriving, though, she discovers Loulou has outdone herself—and presented Lailah, who, as well as being an actual vampire, has come in fancy dress as one, with the opportunity to have a little joke at her own expense.

What Lailah’s not prepared for, however, is the appearance of three gorgeous men in uniform. Their out-of-place getup piques Lailah’s curiosity, and as polite conversation turns to flirtation, Lailah gets the weirdest feeling nothing is ever going to be the same again.

But how will Luke, Leo and Jack react when they discover Lailah’s vampirism isn’t just for Halloween?

Note: This novella has been previously published as part of the Duty Bound with Bite anthology.

I’m prepared for pretty much anything on my way to my next-door neighbour’s house for her Halloween party. Loulou is well known across north London for her wild, extravagant events, a few of which I’ve had the good fortune to be a part of—they’re always good fun. So I’m expecting something spectacular—she wouldn’t let me help, or even have a sneak peek at the decorations, so whatever she’s gone for will be a complete surprise to me.

The nearest streetlamp to our houses is providing just enough light to show off her outdoor decorations. I smile as I push open her fake-cobweb-covered front gate, duck as a plastic bat swoops toward my head, then make my way up the garden path, which is lined with creatively carved pumpkins, the tealights nestled inside each helping to illuminate the way to the door.

For all intents and purposes, I’m walking through a graveyard. Headstones in varying states of decay litter the grass. Noises ring out periodically—the hoot of an owl, the howl of a wolf, the yowl of a cat. There’s even a dry ice machine secreted somewhere, as a sinister, low-lying fog hovers over the ground.

I jump and gasp as I pass a large tree to find a decrepit, bloodstained zombie grinning at me from behind its trunk. Tutting, then chuckling at my own silliness, I mount the three steps up to the porch, where more of the same greets me, as well as some macabre smiling skulls, blood dripping from their mouths and spiders crawling from their eye sockets. It’s great, it really is, but there’s nothing unusual about any of it. This is Loulou we’re talking about—I’m waiting for the ‘wow’ factor, that extra something she’s thrown in to make her party an event that’ll be talked about for weeks, maybe even months, to come.

A sign with Gothic blood-red print is fixed to the door.

PARTY THIS WAY. ENTER IF YOU DARE.

Obviously, I dare. With a roll of my eyes, I depress the door handle—which has a large plastic spider hanging off it—and step inside. It’s only a few minutes past the official start time for the party, so it’s still pretty quiet. I’m fine with that—it gives me the opportunity to have a good look around at what Loulou has done with the décor before it gets too busy, too heaving with bodies. Live ones, that is. The dead ones dotted around the place don’t seem to care one way or the other.

I don’t bother announcing my presence to my neighbour—we’ll find each other before long. Instead, I immediately start exploring, exchanging the occasional polite nod with other early partygoers as we pass. The scent of pumpkin spice hangs in the air. So far, so typical—more cobwebs, spiders, pumpkins, skulls, bats, black cats, ghosts, witches, zombies, black floaty material draped everywhere, creepy music…

Then something catches my eye. Toward the back of what is usually Loulou’s enormous living room—the properties in this area, including mine, are huge—is a sectioned-off area. A partition, designed to look like an old stone wall. It’s dark, gloomy, spooky. I love it. And that’s before I notice the sign affixed to the arched doorway embedded in the wall.

A snort escapes me, and I quickly look around to make sure nobody noticed. I’m alone, thankfully—probably the others are diving into the drinks and snacks which are most likely laid out in the dining room, getting their hands on all the best stuff before other people arrive.

I open the door carefully, since I don’t know how sturdy this whole shebang is, and I don’t want to wreck it—Loulou’ll kill me—and enter, eager to find out exactly what Loulou thinks a vampire lair looks like.

You’d think she’d have an idea, really, given she lives next door to one. Not that she knows, of course—I don’t make a habit of announcing my true nature to people. It just results in disbelief, asking for proof, which then often leads to screaming and freaking out. I just can’t be doing with that kind of drama. Therefore I keep my supernatural status to myself, and move around just often enough to ensure people don’t start to notice I haven’t aged a day since they first met me. 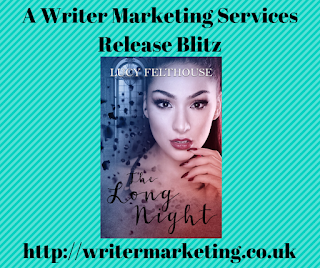