Loving the Puckers Tour and Giveaway 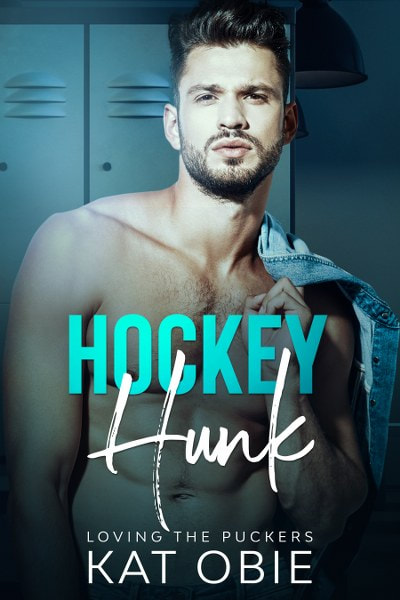 Out on the ice, the season’s going great, but in the locker room the pranks are getting out of hand. It was time for me to remind everyone not to mess with me— so I came up with a prank the team, and my best friend, would never forget.
Renee Weber is my best friend’s sister. And like me, she’s also ready to teach her brother a lesson. Together, we work out the ultimate April Fool’s prank— telling everyone that Renee is having my baby.
Our plan works perfectly, except for the part where I fall for Little Weber.
What’s the worst that could happen? Either lose my best friend or Renee. Quite frankly, I don’t know which one is worse.
It’s not in my DNA to lose so I’ll have to come up with something big. I’ll pull out a win one way or another.
Hockey Hunk is your best friend’s sister romance filled with sexy hockey players where a fake pregnancy prank goes horribly awry— or did it go perfectly?
Grab the fourth novella in the Loving the Puckers series for hockey-filled dreams tonight.
Goodreads * Amazon 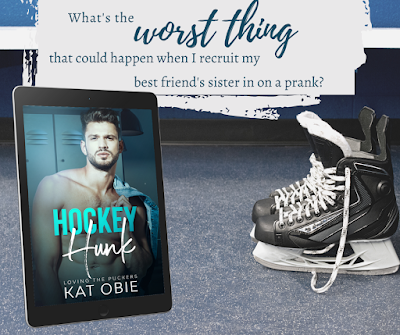 I lounged on my sofa and read a book when I heard my phone go off.  It was weird to see Matt Shoresy's name pop up on my phone. He was my brother's best friend.  We've chatted a few times since my last trip to visit Colton. Anytime he calls, I would think the worst like my brother was at the hospital even though most of the time he was just checking in with me.

My interest piqued when he asked for a favor. "What's the favor?"

"So your brother and Lager have been relentless with the pranks lately and I want payback."

I laughed. Colton was always a bit of a prankster in the locker room in school. Since Lager joined the team, Colton was increasing his pranks since he had a partner in crime.  "How big are you talking about?"

I was so glad that I wasn't drinking anything at the moment although I still choked on my saliva. Once I could form a cohesive thought. "Seriously a fake pregnancy?"

"Yup."  He was so calm about the idea. This was going to have consequences. They were best friends and there was no way Colton would be cool with the idea of me sleeping with Shoresy. If he wasn’t my brother’s friend, I might have tried to make a move on him since he was totally my type.

"Okay what's the plan? Besides, why do you want to do something this big? What has Colton done to deserve this?" I was all questions at this point but I had to stop asking them so he could answer.

"Mainly things are adding up.  Him and Lager thought it was hysterical to hide my pants and nail my favorite sneakers to my stall earlier today. So I want to make sure those two won't ever mess with me again and this was my first idea. Please tell me you’ll do it."

I could see that adding up after a while. The idea was huge but what did he want from me?  "It's not exactly easy to fake a pregnancy."

"Sure it is. We all got super drunk when you came over for All-Star break. Webs passed out before we did. Easy to claim we did something after we put him to bed.  All I need you to do is for you to come into town proclaiming that you’re pregnant. Then we play it from there." 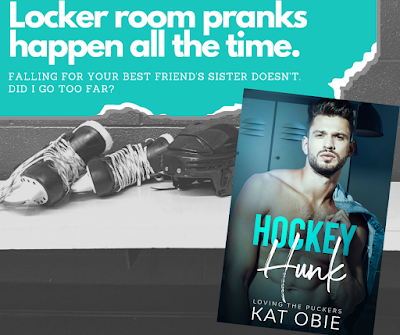 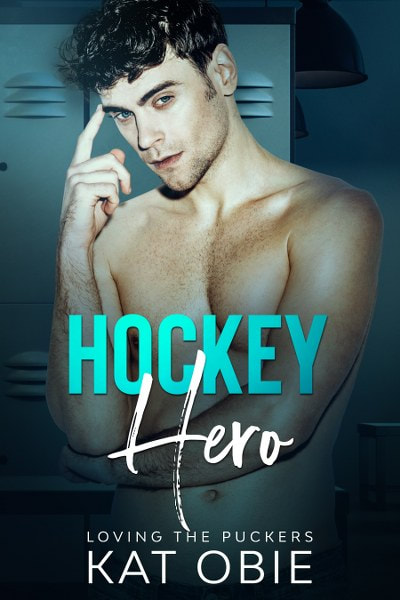 I had the perfect date. I brought her home and right as we were about to get it on, she ran away. So I never expected to see her ever again but here she is becoming our emergency backup goalie.
How can I convince this amazing, talented girl to give us a second chance?
Not helping things was getting egged on by teammates to make a move since it's Valentine's Day.
So I did something incredibly stupid and kissed her. At least, she kissed me right back.
Maybe all hope isn't lost, except for the fact, it’ll be just one night.
If only she could play with us every night but stranger things have happened. She could have the best game of her life and win a spot on the Sound.
That would be amazing.
Hockey Hero is your second chance romance where you have female goalies, hot hockey players, and a Valentine's Day vibe.
Grab the third novella in the Loving the Puckers series for hockey-filled dreams tonight.
Goodreads * Amazon 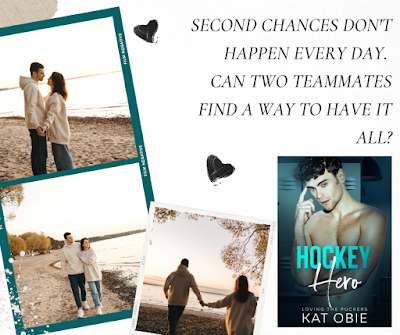 Today had been a shit show. There was no other way to describe it after having to see LaDoubla go to the hospital for an emergency surgery. Then our backup goalie, Riker, confided to me that he was feeling ill. I didn’t know if he was hung over or actually sick. Now I was stuck with Lily.

Normally, I would be excited to help a new player get acclimated. It was fun. The new guys were always so excited to get called up. I just had no idea it would be her.

Then again, I never thought I would see her again after she ran out of my apartment last month. I figured she was some rich girl in Cleveland. Had to be rich to bid on a bachelor in that charity auction. I assumed that I would have been bid on by some old biddy, so I was pleased it was smoking hot Lily. We had so much fun on that date that I took her back to my place afterwards. Then right as things were starting to get good, she bailed.

It was crushing to my ego since I was really into her. I had no idea that she was a hockey player, based in Vancouver, and practically grew up with my best buddy. Hell, she introduced herself as Lily Williams.

We needed an EBUG, and Scotty was super excited about selecting Lily. I knew he chose Lily Peterson because he watched her grow up and knew her skill set. Claimed she was the best possible EBUG in the league. I was excited to meet this goalie who apparently got her start playing against K and Gavin.

That was until I saw her walk in. Then I felt super conflicted about seeing her. 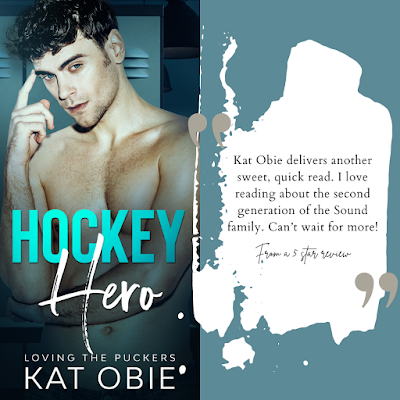 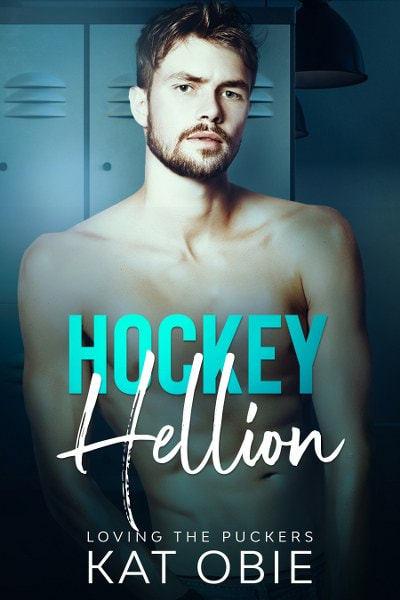 I’ve always had a thing for Sabrina Lagerfield.
Too bad she can’t stand to be around me and won’t give me the time of day.
When I had to host a party for her brother and make it a night to remember, I came up with the perfect plan. Convincing her to help me create an epic party.
Puck me, a snow storm had to hit when she was over effectively trapping us together.
This can only end one of two ways.
We’ll never speak to each other again or she ends up naked in my bed.
I know which one I want.
Hockey Hellion is your enemy to lovers and a forced proximity romance. What could go wrong when you mix a love hungry hockey player with a gorgeous headstrong girl?
Grab the second novella in the Loving the Puckers series for your hockey romance fix.
Goodreads * Amazon 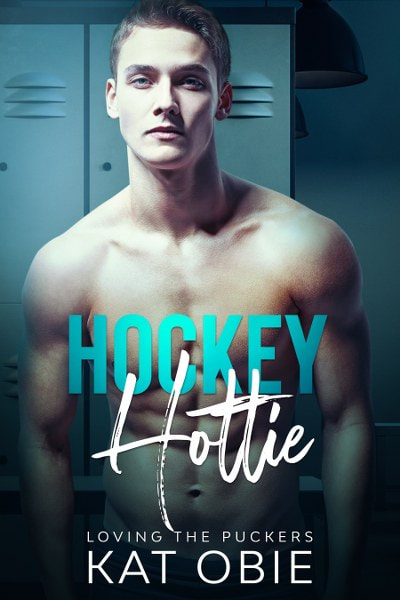 I’ve always had a thing for the coach’s daughter.
Not that he needs to know that. Coach thinks she and I are friends… and we are, have been for years. But I’d sure like to be friends with benefits.
Except then I’d be dead, because coach wants to believe his daughter is still the angelic little figure skater who just needs a workout buddy.
Why, oh why did I ever agree to help her train?
There’s no way I can keep my feelings for her a secret when we’re getting hot and sweaty together.
But I’ve got the perfect plan.
Just one little date won’t hurt.
Until she shows up to the Halloween party wearing that.
Puck me.
Hockey Hottie is your escape into some friends to lovers romance with schmexy hockey players, some figure skating antics, and too many Labyrinth Halloween costumes.
Grab this first book in the Loving the Puckers series for your hockey romance fix now.
**Get it FREE March 9th – 13th!!**
Goodreads * Amazon 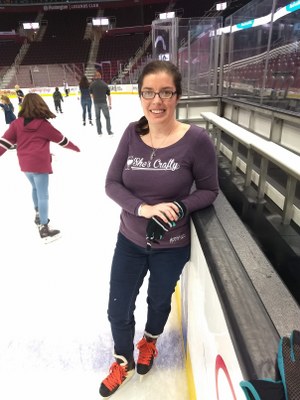 Kat Obie is a passionate hockey fan. She plays, she watches, she dreams of it so she decided to start writing hockey romances.
Facebook * FB Group * Instagram * Bookbub * Amazon * Goodreads

Follow the tour HERE for special content and a giveaway!
$15 Amazon giftcard,
ebook of Stepping Up by Kat Obie
– 1 winner each
a Rafflecopter giveaway