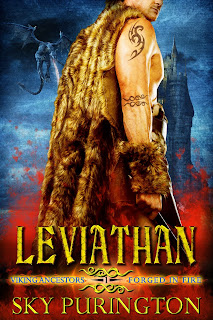 Leviathan
Viking Ancestors: Forged in Fire
Book One
Sky Purington
Genre: Time Travel Dragon Shifter Romance
Date of Publication: April 12, 2021
ASIN: B08NFGDNWR
Number of pages: 210
Word Count: 70K
Cover Artist: Tara West
Tagline: An explosive enemies-to-lovers tale teeming with wicked secrets and fiery passion.
Book Description:
The only thing Destiny knows is her name, but who's complaining? She lives in a beautiful million-dollar seaside chalet without a care in the world. At least until a psychic shows up at her front door claiming Destiny's true identity is remarkable. She must remember who she is. What she's meant to do. If that isn't enough, her house isn't her own, and her fate tied to a man in the distant past. A fierce, brooding Viking who's too arrogant for his own good yet sinfully alluring.
Leviathan doesn't believe in love, so the woman he saved shouldn't be haunting his thoughts. Especially considering they barely got along. Yet now, thanks to the fire he used to keep Destiny alive, the feisty, stunning redhead is put in his path once more. Worse yet, she might be the foretold Sigdir who sparks the next Great War. That means she must die by his blade once and for all.
Will Leviathan be able to sacrifice Destiny to save everyone? Or is it already too late, and she's found her way into a heart he didn't know he had? Find out as they embark on an epic dragon shifter romance adventure across time in Viking Ancestors: Forged in Fire.

As dumbfounded as she’d been when she saw it from afar, Destiny looked up at the castle towering over her. It wasn’t a typical Viking structure but something more sinister yet somehow alluring. Blackened wall walks curved around dozens of towers, and spires shot toward the sky.

“Though he calls it the Realm’s, welcome to what everyone calls Leviathan’s Keep behind his back,” Freya informed. “Because he does so much for us. Gives us safe harbor.” She grinned. “He built it to Múspellsheimr standards to make its dragons feel welcome. All dragons, for that matter.” She glanced at Leviathan with pride. “It’s seen many battles over the years as dragons grew into their own, but in the end, it’s always been a place of resolution and accord. A place where dragons can act like themselves among their own kind.”

“Impressive.” She meant it too. This place was something else.

She eyed people as they made their way toward an ancient-looking grand staircase leading to a behemoth door flagged by massive torches. Though everyone looked normal enough, Viking to the bone, she could feel the fluctuating animalistic energy in the air. Leviathan nodded at many in passing but said little, his expression hard though his eyes were cordial enough.

“It might be safe, but he still doesn’t want them out in this unnatural weather, does he?” she murmured. “He’s worried about them.”

“Every hour of every day of every year,” Freya said softly. “Endlessly.” Her knowing gaze slid Destiny’s way. “Not many see that so clearly.” She considered her. “Or better put, feel it.”

“My necklace then?” Destiny hadn't missed the shocked glances that went from her face to her collar. Again, she felt the urge to yank it off, declaring her independence, and again, just as swiftly, wanted it right where it was.

“You know better than to ask me that.” Freya stuck close, making it clear to all they were allies. Friends despite having just met. “You knew Leviathan better than most before I put that necklace on you.”

Yet it had happened.

Was part of them.

And it was locking them together more readily than a collar ever could.

The inside of the castle took her breath away with its stark, towering, regal yet gothic beauty. A massive octagonal great hall led to several long, spiraling staircases going in different directions, rising up so high she wondered if there were an end in sight. Endless cathedral-like stained glass windows depicting sweeping dragons were made more magnificent by the shimmering ash beyond.

“Look at this place,” she whispered in awe, not sure what to admire first.

Four behemoth hearths hosted roaring fires, and huge bowls of fire hung like chandeliers as high as the eye could see. The air smelled of smoke, lust, and roasting meat.

“It used to reek of sulfur too,” Freya said out of the corner of her mouth, “but Leviathan whipped things into shape and taught this bunch how to get their dragon breath under control.”

She bit back a smile. “Glad to hear that.”

Everyone might appear Viking with fur cloaks and pagan looks, but there was no mistaking the fire flaring in many a cat-like eye. Dragons peered back at her with such strong curiosity she knew her collar had made a big impact.

Where Leviathan had remained in front of them to this point, now he fell in beside Destiny. Not to introduce her but rather, from what she could tell, to claim his territory. There was no grand introduction that a time traveler had arrived but rather a pointed sweep from his stormy gaze, lingering on select group of males before he gestured that she follow him.

“Seriously?” she said under her breath to Freya. “Was that Leviathan’s way of welcoming me?”

“Yes.” Freya chuckled and linked arms with her, again making it clear to all they were friends. “And I’ve never seen him do it. Not once with anyone.” She winked. “Let alone a woman branded by his scale.”

“Ah, so that’s the official name for wearing this around my neck?” She snorted. “Sounds like ownership if I didn’t know better.”

“But you do know better,” Freya reminded. “You know this is all for show because you and Leviathan don’t do forever.” 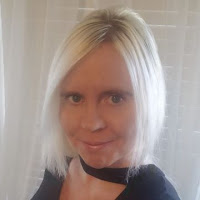 Purington loves to hear from readers and can be contacted at Sky@SkyPurington.com. Interested in keeping up with Sky’s latest news and releases? Either visit Sky’s website, www.SkyPurington.com, join her quarterly newsletter, or sign up for personalized text message alerts. Text ‘skypurington’ (no quotes, one word, all lowercase) to 74121. Texts will ONLY be sent when there is a new book release. Readers can easily opt out at any time. 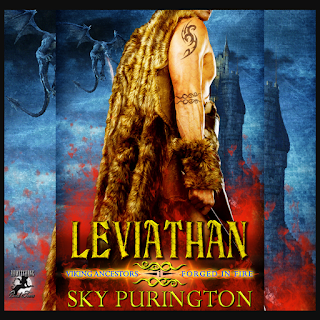