Scarlett and the Big Bad Tour and Giveaway 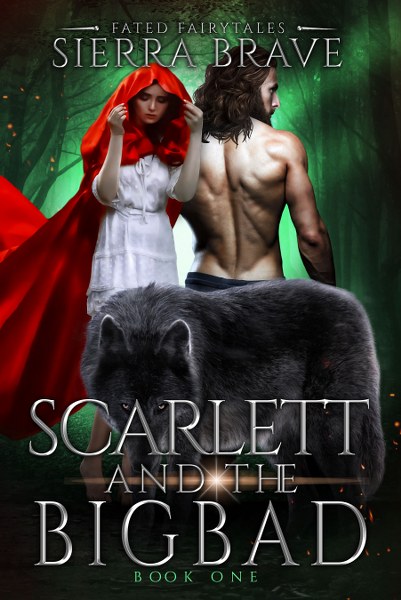 What if Red Riding Hood invited peril and the big, bad wolf was the only hero who could save her?
Promised power and position, Scarlett Capuche left her tiny village to join the prestigious Order of the Phoenix.
Monty Blackwolf never wanted a mate, especially not a human raised on a hidden farm for blood-ritual sacrifice. But his werewolf's heightened sense of smell drew him to Scarlett's sweet fragrance from miles away.
Duty-bound to protect her, he will break her of her religious devotion to the magical terrorist group responsible for the murders of his parents and older brother, even if he has to put her over his knee and turn her bottom as red as her hair.
She belongs to him now, and he will claim all of her despite his affliction with a unique, third shifter-form he doesn’t fully understand and isn’t able to control.
Will Monty save Scarlett, or will he prove more dangerous to her than anyone else?
Author's Note: If you're offended by steamy fairytale retellings with graphic language, explicit put-you-in-the-moment love scenes, elements of power exchange, and domestic discipline, you might want to look for a different book.
Add to Goodreads
Amazon * Apple * B&N * Kobo * Books2Read

“Elosha warned me. She said there would be people who would try to turn me against The Order, predominantly men because they can’t stand a matriarchal society with the dominant power. She said that’s why men only want to marry virgins because they’re too selfish to raise a baby that isn’t their blood.” Without waiting for his rebuttal, she ran for the exit, but as she opened the passage a couple of inches, he slapped his huge hand against the wood and forced her escape-access shut.

He pinned her against the door. “You are mine, and you aren’t going anywhere unless I say you can.”

“Talk about proving my point.” She yanked at the knob.

His breath clung to her nape as his strapping body crushed her. She closed her eyes, unable to move beneath his weight. He held each of her wrists, his palms surrounding them, and applying enough pressure she knew he could break her bones if he desired. His cock pressed against her ass, hardening as she squirmed. He brushed his cheek against the side of her forehead, prickling her skin with his beard.

“I’m sorry, Scarlett. I was hoping it wouldn’t come to this, but you have to understand who’s in charge. You will obey me.”

Scarlett’s heart thumped as sweat trickled down from her hairline. She had no idea what to expect from this man who ran hot and cold in the blink of an eye. 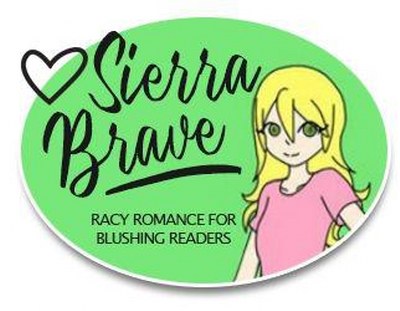 Sierra Brave is a multi-published author of heart-pounding, blush-inducing romance with put-you-in-the-moment love scenes. She enjoys writing about a variety of gorgeous alpha males who can't resist head-strong heroines. Curvy girls have a special place in her heart and often grace the pages of her books. Tales of shifters, cowboys, twisted fairy tales, space pirates, Amazon warriors, and vampires capture her imagination as do tempting spanking and ménage scenarios, but she also engages in more down-to-earth themes such as office romance. You'll find lots of unique characters and humor in all of her stories.
Website * Newsletter * Facebook * Twitter * Instagram * Bookbub * Amazon * Goodreads

Follow the tour HERE for special content and a giveaway!
$10 Amazon giftcard, ebook – 1 winner each
a Rafflecopter giveaway