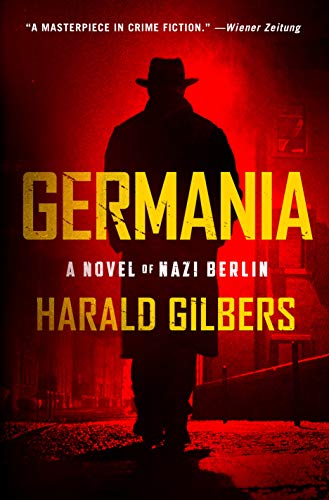 From international bestselling author Harald Gilbers comes the heart-pounding story of Jewish detective Richard Oppenheimer as he hunts for a serial killer through war-torn Nazi Berlin in Germania.Berlin 1944: a serial killer stalks the bombed-out capital of the Reich, preying on women and laying their mutilated bodies in front of war memorials. All of the victims are linked to the Nazi party. But according to one eyewitness account, the perpetrator is not an opponent of Hitler's regime, but rather a loyal Nazi.Jewish detective Richard Oppenheimer, once a successful investigator for the Berlin police, is reactivated by the Gestapo and forced onto the case. Oppenheimer is not just concerned with catching the killer and helping others survive, but also his own survival. Worst of all, solving this case is what will certainly put him in the most jeopardy. With no other choice but to further his investigation, he feverishly searches for answers, and a way out of this dangerous game.

Momma Says: 4 stars⭐⭐⭐⭐
Germania took me by surprise in a number of ways. I expected there to be a lot about the history, the horrendous trials the Jewish people suffered, and there is a good deal of history. What both surprised and impressed me is how Gilbers wove it into a procedural, and he does it brilliantly. The dangers are still quite tangible, and while we're processing that, we're also trying to work out the whodunit of this tale. There are also parts of the story told from the killer's point of view, and that's ;always intriguing. The whole book is so well done, and wonderfully plotted. The only drawback for me was the conclusion, and while it was bad, I felt a little let down. I wanted to know why. Other than that, this one is a page turner, and I would think this book would appeal to anyone who enjoys WWII fiction. This is the first book in a series, so it's not hard to figure out how Oppenheimer fares, although, there are some tense moments. He's a great character, and I'll be interested to see where his story goes from here.