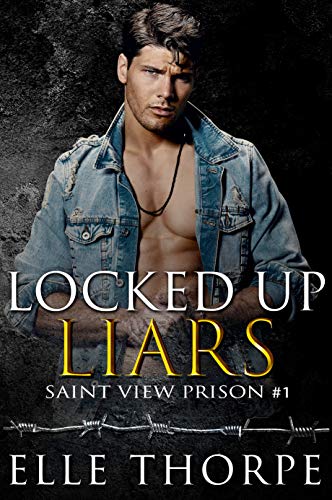 Nothing prepares you for finding your sister’s lifeless body covered in blood.

But when the police arrest her ex, a man I know is innocent, I can’t sit by and do nothing.

Not when I’ve been secretly in love with him for years.

Heath may not want my help, but I won’t take no for an answer.

To catch a killer, I’m forced to take a job at Saint View Prison. Maximum security. The place they send the worst of the worst.

But it’s not just Heath who doesn’t want me there.

Rowe, the sinfully sexy head guard has made it clear I don’t belong. I’d tell him where to go with my middle finger up, if my skin didn’t prickle with awareness every time he touches me.

And then there’s Liam, hotshot lawyer and my old high school enemy. All that tension and chemistry is still there, burning between us like flames. I need his help, but I’ll be damned if I beg for it.

With every lie we uncover, every secret we expose, the danger mounts.

Until there’s only one thing we know for sure.

The killer is still out there.

And I’m his next target.

Locked Up Liars is an adult, #whychoose romance, meaning the main character has more than one love interest. This book contains enemies-to-lovers and romantic suspense / dark themes that may trigger some readers. It is the first book in an ongoing trilogy.

Momma Says: 5 stars⭐⭐⭐⭐⭐
I should have known. I mean, I knew this was the start of a trilogy, but I dove in anyway and was happily reading along, not paying the least attention to how much was left in the book - and I ran out of pages! Really? Of all the places this one could've stopped, it was there? Now, if that sounds like I'm complaining, I'm really not. I knew there would just about have to be a cliffy, and I should've been paying attention, but it completely got me. So, if I have any complaints, it's that I wanted more, and I'm not particularly patient when I'm waiting for the next part of the story. Especially when it's this good.
This first book introduces the characters and sets the stage, so to speak, and there is a lot going on right from the start. Just as the blurb promises this one starts out with a murder, and it doesn't let up. Then we have Mae and her intendeds. They all have great chemistry with Mae, and that part of the story has just barely touched the surface. That's not to say it's lacking in the steamy fun because it most certainly does not fall short in that department.
I've come to expect great things from Elle Thorpe, and just when I think she can't possibly get any better, she does. So, if you like a gritty and gripping #WhyChoose romance with a bit of suspense and danger included, Locked Up Liars is the way to go.