How To Rope a Rough Cowboy Tour and Giveaway 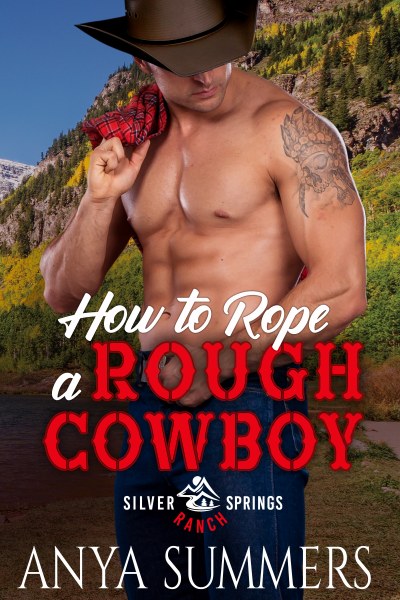 Maverick Greyson is barely housebroken. Having been raised on ranches, he spends the bulk of his days on the back of his horse, and can’t imagine a finer way to occupy his time – except maybe a night with a willing female. He loves women. Enjoys their company mightily. Relishes the available bounty of tourists and townsfolk alike, and rarely enjoys the same woman twice.
But the ranch’s newest guest, Bianca Peabody, makes him want to swear off the species entirely. The doe-eyed beauty, with her highfalutin’ attitude, makes his blood boil.
And yet the sorrow he glimpses in her one night changes everything. Now his soul hungers to have her in his arms. He burns for her love. Heaven help him, her surrender may be everything he has always needed.
For the first time in his life, Maverick is looking toward the future, and building one with the only woman he has ever wanted to claim. But she is keeping secrets…
Secrets capable of destroying him – and any future they might have.
Add to Goodreads
Amazon * Apple * B&N * Kobo * Books2Read

Bianca contemplated for the hundredth time tonight whether she had finally lost her mind as she boarded the overnight flight from Heathrow to Dulles, and took her seat in first class. Fleeing seemed to be her only option. She could practically hear her mum saying she was being overly dramatic and needed to fall in line. That Peabodys never backed down from their responsibilities to uphold family traditions.

Regardless of whether Bianca thought they were archaic and should have been buried a hundred years ago.

She snapped her seatbelt into place, trying not to fidget in her beige khaki trousers and ivory blouse while the rest of the passengers boarded, battling back fear that somehow, she would be prevented from escaping. That her mother would discover the hastily scrawled note she had left on the dining table in her flat before the plane left the airport, use her multitude of high-ranking connections, and have a member of the defense ministry keep the flight from departing, whereupon Bianca would then be escorted off to face condemnation, and a life sentence.

But she had to get away for some dearly needed space, and hopefully achieve a smattering of clarity. She was exhausted from trying to please everyone, from pretending to be someone she was not, and trying to live as her mother expected her to instead of doing what she wanted with her life.

Those expectations extended to the places she went, where she lived, the people she interacted with and called her friends, and even whom she was supposed to marry. Out of them all, it was that last bit that was the hardest to swallow.

“Good evening folks, this is Captain Barrow. I’m here with my co-pilot, Watts. If everyone could please take their seats, that way, we can depart on time. We’ll be backing away from the gate in just a few moments. We have one stop in Dublin, then we’ll be continuing our flight on to Washington D.C. Travel time for this flight is thirteen hours and fifty-six minutes. Weather over the Atlantic should be smooth sailing. Sit back, relax, and welcome aboard. Cabin crew, prepare the cabin for take-off, please.”

Time slowed to a crawl. When the flight attendant sealed the plane door shut, Bianca gripped the armrests of her seat, mainly to keep herself from flinging off the seatbelt and rushing the door like a mad woman to exit the plane.

What stopped her cold and kept her in her seat?

The knowledge that, if she left the plane, she would die.

Not in the physical sense, perhaps, but on a soul deep level.

Born in St. Louis, Missouri, Anya grew up listening to Cardinals baseball and reading anything she could get her hands on. She remembers her mother saying if only she would read the right type of books instead binging her way through the romance aisles at the bookstore, she’d have been a doctor. While Anya never did get that doctorate, she graduated cum laude from the University of Missouri-St. Louis with an M.A. in History.
Anya is a bestselling and award-winning author published in multiple fiction genres. She also writes urban fantasy, paranormal romance, and contemporary romance under the name Maggie Mae Gallagher. A total geek at her core, when she is not writing, she adores attending the latest comic con or spending time with her family. She currently lives in the Midwest with her two furry felines.
Website * Facebook * Twitter * Instagram * Bookbub * Amazon * Goodreads * Newsletter