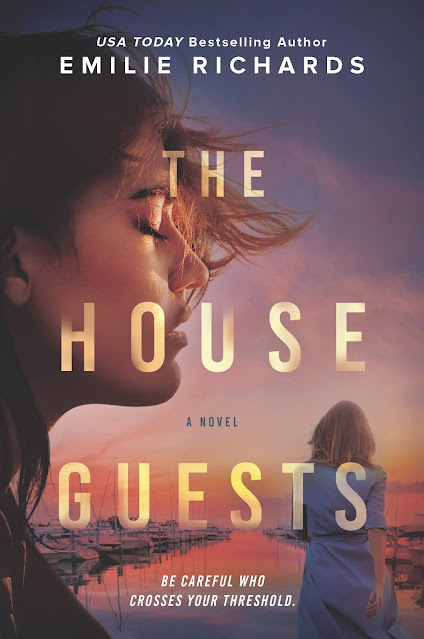 Teenage Savannah's father passed away recently and she has been rebelling against her stepmother, Cassie, since. When she happens upon a pouch filled with cash in a parking lot with some new friends she's trying to impress, she decides to keep it in an act of defiance. When Cassie learns of her crime after Savannah has already spent the money, and learns that the money belonged to a woman, Amber, who has since been evicted along with her teenage son Will because they couldn't pay the rent after losing the pouch of money, she invites Amber and Will to move in with them. As they become involved in each other's lives, the teenagers develop a friendship while the mothers do the same. But while Cassie is trying to figure out what happened to her husband in the months before he passed away - why he was becoming distant and draining the funds in their bank accounts, leaving them destitute upon his death - Amber is clearly trying to outrun something dark in her own past.

Momma Says: 4 stars⭐⭐⭐⭐
From the blurb, I expected The House Guests to be more mystery/suspense than it actually was. Instead, it's more of a domestic drama. Oh, there is mystery - actually, there are a couple of them, but the focus is more about the lives of these women. And I was surprised to find just how caught up in their lives I became. I was completely invested in what would happen and how things would play out for these characters. Emilie Richards certainly knows her stuff when it comes to a compelling story that tugs at the heartstrings with characters who get under your skin. The pacing is good as is the writing, and it's a story you won't soon forget.
🞿🞿🞿🞿🞿

Amber Blair had spent most of her thirty-four years trying not to think about luck. Her daddy had told her there were only two kinds. Either you came into the world with the luck of the early bird or the early worm. The kind he’d been born with was obvious. Nothing that had gone wrong in all his years had to do with simply hanging around the edges of life, waiting for something good to fall in his lap. It was all about luck.

Her mother, tight-lipped and seething, had rarely voiced opinions. As a receptionist at the Halfway to Paradise motel, she had been too busy checking people in, and giving out room keys—and probably a little extra—to worry about luck.

Like most people, Amber had acquired something from both parents. She had inherited her father’s early worm luck, oddly coupled with her mother’s work ethic. Against tremendous odds she had scrambled to support herself and her son on her feet in restaurants, instead of on her back in cheap motels. Her mother had been remote and disinterested, but years of watching her determination to survive had helped.

“Haven’t seen you for a while.” The manager at the cash register of Things From the Springs greeted Amber with a wide smile. She was middle-aged and overweight, refreshingly unaware that spandex and sequins weren’t good choices for minimizing either. Her plastic nameplate read Ida, but Amber had never told Ida her own name, a habit she’d developed after leaving home at sixteen. Still, Ida never forgot a face.

“It has been a while,” Amber said.

Amber wasn’t surprised that Ida remembered the day two months before when she had fainted facedown in the women’s clothing aisle, strawberry blond hair spread wide on a table stacked with shorts and T-shirts. The manager had insisted Amber go right to the hospital. Amber had thanked her, then headed to work instead. Three days later, though, she had seen a doctor after Will, her son, gazed at her in horror and announced that her green eyes were rimmed by an ominous yellow.

Of course, the news hadn’t been good. Hepatitis A had arrived with a flourish, and she had been so dehydrated that, despite all her protests, she’d been hospitalized for a day, a bill that had nearly sunk them.

Health insurance was a luxury she had never indulged in.

“Yes. Definitely better,” she said now. She didn’t add that she still tired easily or that she was struggling to regain the weight she’d lost. Jaundice, the colorful bonus, was finally gone, and she was back at work.

“You were caught up in that hepatitis thing, weren’t you? The one at that restaurant…” The manager snapped her fingers. “Electric something?”

“You closed for a while, right?”

Because two of the kitchen staff had also been infected, Dine Eclectic, the much promoted addition to restaurants in Tarpon Springs, Florida, had closed until health inspectors had given permission to reopen. Amber had been forbidden to go back to work until the jaundice and other symptoms disappeared. During most of the weeks of illness, she had been far too sick to work even if she’d wanted to. She certainly had needed to, because from an armchair in the apartment she shared with sixteen-year-old Will, she’d watched the savings she had so carefully hoarded dwindle to nothing.

“We’ve been open again for a while now,” she said. “We’ve passed all the inspections. The problem was an infected line cook. Luckily hepatitis A is almost never fatal.”

“I imagine the publicity wasn’t good for business.”

More customers arrived, and Amber headed for the rear of the store and the men’s section.

Things From the Springs was smaller than many thrift stores she’d frequented. They were loosely affiliated with a local children’s charity, and volunteers did much of the sorting and pricing.

She liked visiting Things because she could be in and out in less than an hour, often with vintage clothing she could cut and use for crafts to sell in her Etsy shop. An example was tucked securely in her purse today, a zipper pouch created from a brocade jacket and embroidered with the name of her landlord’s wife. It had turned out so well she posted a photo on her shop’s page, hoping to get orders for more.

The pouch bulged with money, mostly tips she had carefully collected to pay one of the two months of back rent she owed. Even after she’d showed her suspicious landlord a letter from the health department, he had begun eviction proceedings. She had managed to stave him off, promising to pay the first month today and the second in two weeks. She hoped the additional gift for his wife might make him feel better about his decision.

Her son had been more than patient during her months of unemployment. Will was a straight A student at the local high school and held down a part-time job stocking shelves at a local grocery store. He had taken on additional hours during her illness and brought home expired or damaged food that was destined for salvage stores or landfills. He had treated his quest like a treasure hunt and never wished out loud that his life was more like the easier ones of the other teens in his advanced placement classes.

Will wasn’t perfect. He was sometimes messy, sometimes oblivious, often determined his way was best, but they’d been a team, just the two of them, from the very beginning of his life. And Amber knew her son would do anything for her, just as she had done everything for him. Much more than Will knew.

Today if she had early bird luck, she was going to buy him a surprise. Things From the Springs had a special rack dedicated to sports teams, and there was always a good selection. She was hoping to find one with the pirate flag of Will’s favorite professional football team, the Tampa Bay Buccaneers. For the first time, her tips from the night before had been nearly as large as pre-hepatitis days, and she was hopeful she might be digging her way out of trouble. She would be happy just to pay rent on time, put a full tank of gas in the car and buy fresh food at the grocery store now and then.

Fifteen minutes later she was on her way back to the front of the now-empty store, a paper-thin but appropriately logoed T-shirt clutched under her arm. The size and price were right, and while Will wouldn’t get much wear before it fell apart, he would be delighted.

She was starting to feel lucky. Her landlord had begrudgingly given her a little time to settle their account. After everything she still had her job, and restaurant traffic showed signs of improving. Today she had just enough extra to buy the shirt.

“You found something,” Ida said. “I saw you heading to the back.”

“These have been going fast. Apparently, he’s not alone.” She rang up the amount as Amber reached down to unzip her purse.

Only the purse wasn’t zipped.

She spread it wide and peered inside. Without ceremony and with more than a touch of panic, she dumped the contents on the counter. Keys fell out. A pack of tissues. Her tiny coin purse, which held the extra money she hadn’t put into the zip purse destined for the landlord and his wife. Nothing else.

“Run into a problem?”

Amber gazed at the concerned woman’s face. “I had a zipper pouch in here, dark green silk, a name embroidered across it.”

Ida read her expression correctly. “Did you open your purse here in the store? Could the pouch have fallen out?”

Amber knew she’d had the zipper pouch when she left her apartment. She’d so carefully slipped it inside the purse. Surely she’d zipped it closed. She always did. She had lived in cities with pickpockets. But by now panic had obliterated all memories of the past hour.

“We’ll look together.” As Amber scraped her belongings back into her purse, the manager walked to the door, turned the lock and flipped the Closed sign. “That will buy us some time. We’ll find it.”

Half an hour later, though, they were still empty-handed. They’d looked under tables, sorted through all the shirts in the back, followed Amber’s route through the store four separate times peering at the ground.

“I’m so sorry,” Ida said. “But I have to unlock the front door. The high school lets out about now. They’ll start banging on the glass. I just know you’re going to find it somewhere. Your house or car maybe?”

Amber knew she wasn’t. The truth was a tight knot in her stomach, all too familiar. She’d been slapped down again. The landlord wouldn’t believe her, and who could blame him? He probably didn’t need the money right away, but he would be furious she’d lied to him.

She and Will would see that eviction notice after all.

“Thank you for helping me look.” Amber cleared her throat. “I don’t think I’ll buy the shirt.

“No.” Amber took a breath and softened her tone. “But thank you.”

She followed the manager to the front door as she unlocked it. “You’ll let me know when you find it?” Ida asked.

Amber managed the tiniest of smiles. But in her mind she saw the early worm being swallowed, inch by wiggling inch. And somewhere, after the meal, a fat, happy robin was looking for more just like it. 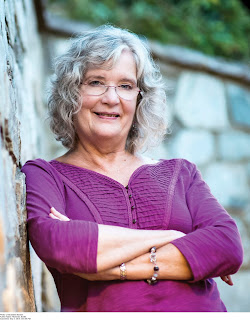 USA Today bestselling author Emilie Richards has written more than seventy novels. She has appeared on national television and been quoted in Reader’s Digest, right between Oprah and Thomas Jefferson.

Born in Bethesda, Maryland, and raised in St. Petersburg, Florida, Richards has been married for more than forty years to her college sweetheart. She splits her time between Florida and Western New York, where she is currently plotting her next novel.