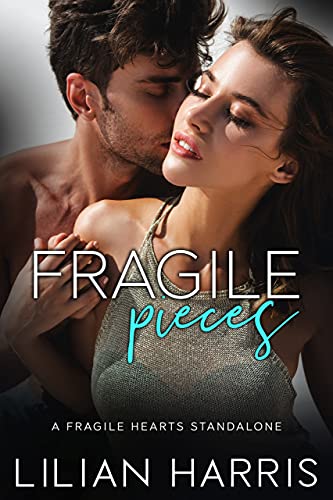 EVEN THE STRONGEST HEART CANBREAK.GabeI can't be with you anymore.She tore out my heart with those words six years ago, as I lay recovering in a hospital bed. But her leaving cut deeper than any wound I bore on my flesh.Now she's back, desperate to make amends. I swore I'd never forgive her, but one look and I'm back to a place where she loved me.One kiss--her hands on my body, my name on her lips--makes me wonder . . . is there hope among the ruins of us?MiaI didn't want to leave him.But I had to.Back then, staying seemed impossible. I was held captive by my own fear. It wouldn't allow me to see that loving him was all I needed.I'm not the same scared girl I was then. I'm ready to surrender to everything I feel.But there's something he doesn't know--the real reason why I left.And once he finds out, the second chance I've dreamed of might be nothing but a fantasy.

Momma Says: 3 stars⭐⭐⭐
From the blurb, I expected Fragile Pieces to be angsty, and I expected there to be secrets. Now, here's where I'll tell you that while I love second chance romances, I'm not a fan of miscommunication as a plot device. I get secrets and being afraid to tell them, but some things should not be secret even when they are hard to say. So, with that in mind, Mia frustrated me. The angst was also a little too much, but I think that was mostly due to my mood at the time. Nevertheless, it is really angsty, so that's something to keep in mind. Despite my frustration with Mia, I found myself liking these two as a couple more and more. Gabe can be gruff and even flat-out rude, but given the history between him and Mia, it was understandable for him to be that way as he sorted through his feelings. This is the fourth, and as I understand it, the final book in the Fragile Hearts Series. It's also the first I've read in the series, and I'd say it can be read as a standalone. There are some characters in this one that I assume are the romantic couples from the earlier books. I didn't know much about them from what I read here, but I feel like I was given all I needed to know for this story. All in all, Fragile Pieces is an emotion-filled romance with a couple that will drive you a little crazy (at least it did for me) but you'll find yourself rooting for them just the same.