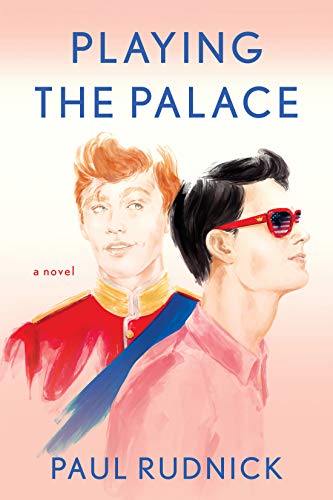 THEIR LOVE STORY CAPTIVATED THE WORLD…THE CROWN PRINCE AND THAT GUY FROM NEW YORK
When a lonely American event planner starts dating the gay Prince of Wales, a royal uproar ensues: is it true love or the ultimate meme? Find out in this hilarious romantic comedy.After having his heart trampled on by his cheating ex, Carter Ogden is afraid love just isn’t in the cards for him. He still holds out hope in a tiny corner of his heart, but even in his wildest dreams he never thought he’d meet the Crown Prince of England, much less do a lot more with him.  Yes, growing up he’d fantasized about the handsome, openly gay Prince Edgar, but who hadn’t? When they meet by chance at an event Carter’s boss is organizing, Carter’s sure he imagined all that sizzling chemistry. Or was it mutual?This unlikely but meant-to-be romance sets off media fireworks on both sides of the Atlantic.  With everyone having an opinion on their relationship and the intense pressure of being constantly in the spotlight, Carter finds ferocious obstacles to his Happily Ever After, including the tenacious disapproval of the Queen of England. Carter and Price Edgar fight for a happy ending to equal their glorious international beginning. It’s a match made on Valentine’s Day and in tabloid heaven.

Momma Says: 1 star⭐
Okay, I pushed through to the end of this one, and let me just say right now that it was a challenge to get there. I'm all for a romantic comedy. In fact, it's one of my favorites in the romance genre, but when everything is aiming for a laugh, the story gets lost - it's not romantic, and after so many quips and tries for laughs, it's not funny anymore, it's annoying. This one got annoying really fast. And somewhere underneath all that, we're supposed to believe Carter and Edgar have fallen in love? I know they were supposed to be in love because the book says so. I certainly didn't feel it. This whole story just fell completely flat for me, which is unfortunate because I really liked the blurb. Sadly, that promising story wasn't to be found - either that or I missed it amongst the overdone attempts at humor and the many, many stereotypes (seriously, I think this one threw in every single gay stereotype I've heard of). I guess if pushed to find something positive, I'd have to say that I did chuckle a couple of times in the beginning. That, and the book is relatively short - thankfully.