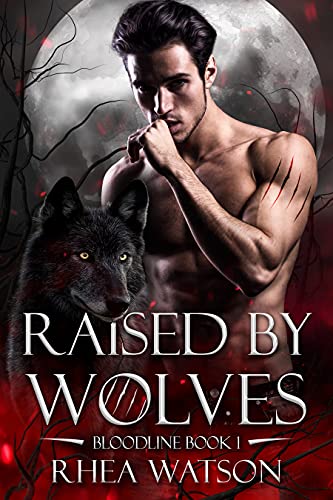 Three alphas forced to unite to defend their territory—fated to a she-wolf with starlight in her eyes and destiny in her blood.All my life, I thought I was the only one.Not a wolf. Not a woman. Just some freak in between. A mistake. A monster.Abomination.Abandoned and dismissed. Shunned and forgotten.Until they find me.Ewan. Lucian. Soren.Men and wolves. Three possessive alpha wolf shifters, so sure Lady Fate built me for them and them for me that they steal me away in the dead of night. Give me food, clothing, and a home of my own.Crown me queen of their new pack.But this pack is a mess, nothing but a bunch of alphas fighting for control. They hate sharing me almost as much as they despise each other. No teamwork. No camaraderie. No support—just ego and competition.I’ll show them. Being an alpha isn’t just about mating, marking, and starting a bloodline…It’s so much more.After a lifetime in the forest, I don’t know much about this shifter business, but I know how to be wild.It’s time for my stubborn fated mates to remember what we are…Wolves.Because if we don’t embrace the wild in our bones, we’ll lose everything to the rivals sniffing at our borders—and the ancient evil lurking right under our noses.The Bloodline trilogy is a why-choose wolf shifter romance that features fated mates but not insta-love. It is intended for readers 18+, and has cliffhangers at the end of books 1 and 2. No cheating. No rejected mates.

Momma Says: 4 stars⭐⭐⭐⭐
Raised by Wolves, the start of a brand new reverse harem trilogy from Rhea Watson. This is a fated mates romance, so it's definitely insta lust, but I like that the characters are still dealing with their issues and learning about each other even as they start forming bonds with Lyssa. Speaking of our leading lady, Lyssa is a bit of an enigma. She's bold and not afraid to fight for herself, but at the same time, she's almost innocent and very naive when it comes to living as a human. Then we have her fated mates, Ewan, Lucian, and Soren. More often than not, a character like Lucian would be my favorite out of these three, and I do like him. I like all three, but Soren is my favorite. His patience with Lyssa sets him apart, and there's just something about him that made me want to know more. All four of these characters have things to work through, but if that whopper cliffy is any indication, they're gonna have to work through things on the fly. And rather than keep going and risk giving spoilers, I'll just say that I'm anxiously anticipating whatever comes next for these shifters.