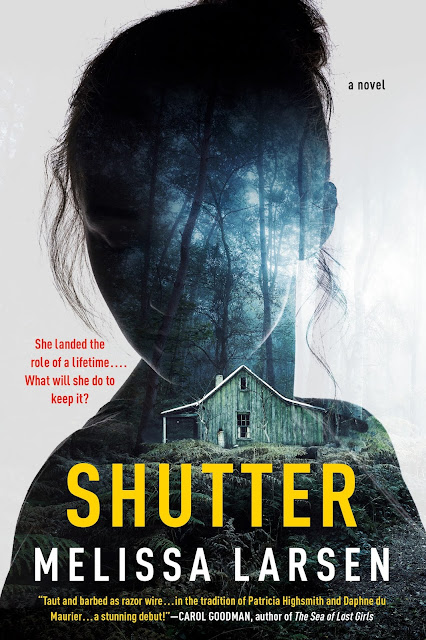 A young woman agrees to star in a filmmaker's latest project, but soon realizes the movie is not what she expected in this chilling debut novel.In the wake of her father's death, Betty Roux doesn't allow herself to mourn. Instead, she pushes away her mother, breaks up with her boyfriend, and leaves everything behind to move to New York City. She doesn't know what she wants, except to run.When she's offered the chance to play the leading role in mysterious indie filmmaker Anthony Marino's new project, she jumps at the opportunity. For a month Betty will live in a cabin on a private island off the coast of Maine, with a five-person cast and crew. Her mother warns against it, but Betty is too drawn to the charismatic Anthony to say no.Anthony gives her a new identity--Lola--and Betty tells herself that this is exactly what she's been looking for. The chance to reinvent herself. That is, until they begin filming and she meets Sammy, the island's caretaker, and Betty realizes just how little she knows about the movie and its director.

Momma Says: 4 stars⭐⭐⭐⭐
First things first, Shutter is not one of those edge-of-your-seat, white-knuckling your Kindle kind of books. Instead, it's more of a slow-burn, psychological thriller, a bit of a hat tip to those atmospheric thrillers of times past. The ones that had your mind reeling without monsters (at least not the supernatural kind), the ones you thought about long after the closing scene.
I'll admit that I wasn't sure what to expect from this one, but color me impressed with Larsen's debut effort. As I mentioned, Shutter is a slow burn, but the story and characters get under your skin in a major way. I may not have been balanced on the edge of my seat, but the story was no less intense for it. From start to finish, this story is thoroughly compelling. Even the very beginning when we're meeting the characters has a tone that feels a bit creepy, kind of an uneasy feeling.
I realize that I'm being quite vague here, and it is entirely intentional in an attempt to keep the book's secrets. Just know that this is not the kind of thriller we've become accustomed to recently, and in my opinion, that's a very good thing. The book is cleverly plotted and wonderfully written, and Melissa Larsen is definitely one to watch. I know I'll be watching to see what she does next. 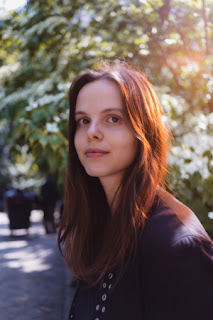 Melissa Larsen has an M.F.A. from Columbia University and a B.A. from NYU’s Gallatin School of Individualized Study. She has interned and worked extensively in publishing. She lives in San Francisco, and Shutter is her first novel.
at June 19, 2021