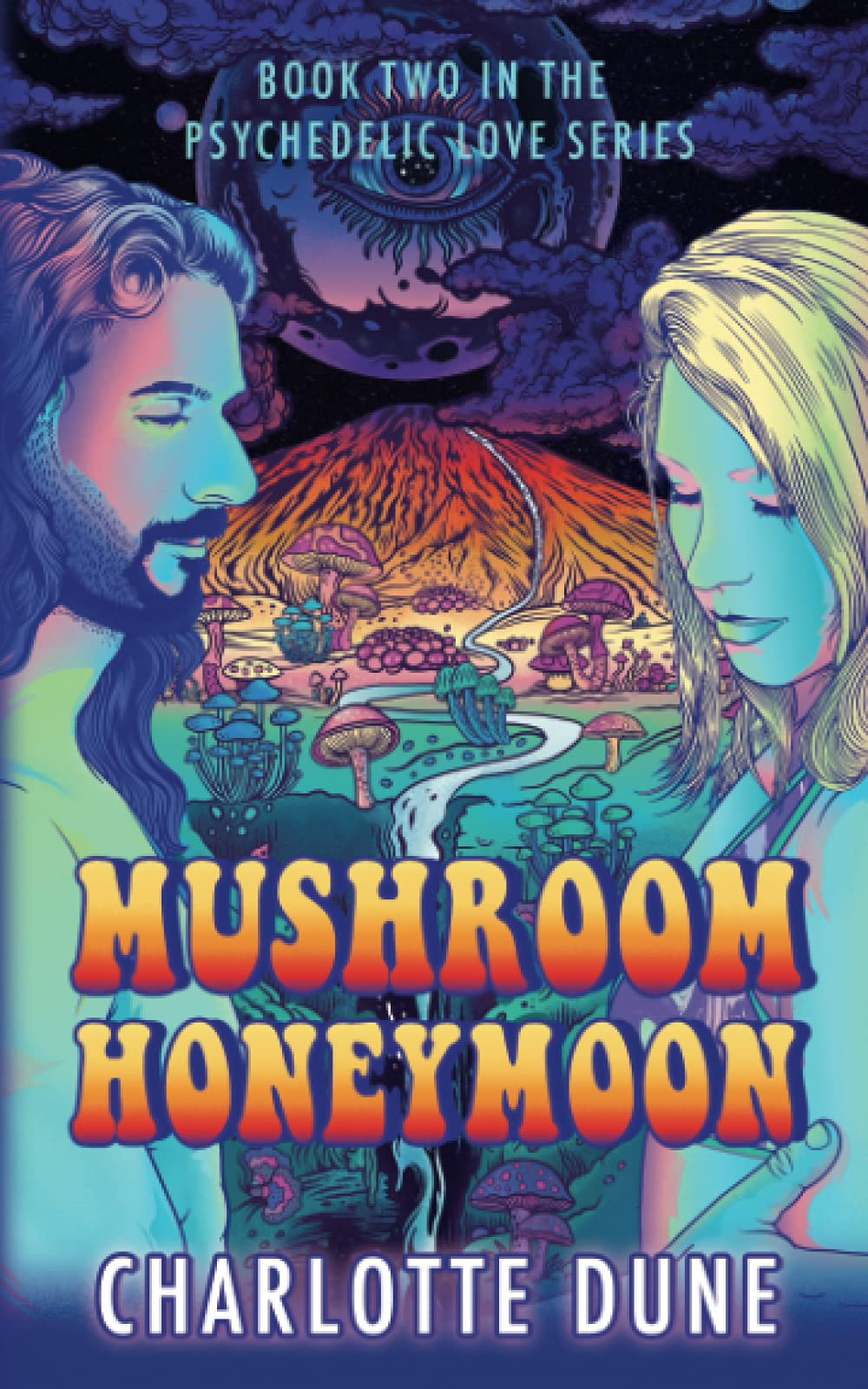 Magical, sexy, tropical, and terrifying — Mushroom Honeymoon follows a couple's quest for harmony and love, despite physical and mental obstacles.

Newly married, Saman wants to be a wonderful husband, but serious health concerns are affecting his daily life and marriage. To improve his situation, he undergoes a kidney transplant, but the procedure leads to as many complications as solutions to his problems.

After the operation, Saman’s wife, Thelma, plans a belated honeymoon to Hawaii, hoping it will help her troubled husband relax. Before they leave, a friend gives Thelma the contact of a wealthy entrepreneur who hosts transcendental magic mushroom (psilocybin) and psilohuasca (ayahuasca component + magic mushrooms) ceremonies on his secluded Hawaiian estate. Based on her own visions and transformative experiences with psychedelics, Thelma believes the ceremony may benefit Saman, and she books the psychedelic retreat.

As the couple explores the lush landscape of Hawaii, the trip reveals the strengths and weaknesses of their bond. Saman grows hesitant to attend the mushroom ceremony, while Thelma becomes convinced that it’s exactly what her husband needs. What she doesn’t realize is that Saman harbors a secret that could threaten more than just their marriage.

Is the honeymoon of their love only beginning? Or will Saman’s dishonesty lead to the destruction of their relationship?

In Mushroom Honeymoon, Charlotte Dune creates an emotional and supernatural romance, teaming with visionary energy and surreal hallucinations, taking the reader deep into the psyches of two incomplete individuals seeking to emerge together in wholeness and love.

Mushroom Honeymoon, is book two in The Psychedelic Love Series and can be read as a standalone or in sequence. It picks up where Cactus Friends: A Psychedelic Love Story leaves off and delves into the challenges of marriage, plant medicine culture, and the joys of Hawaii. 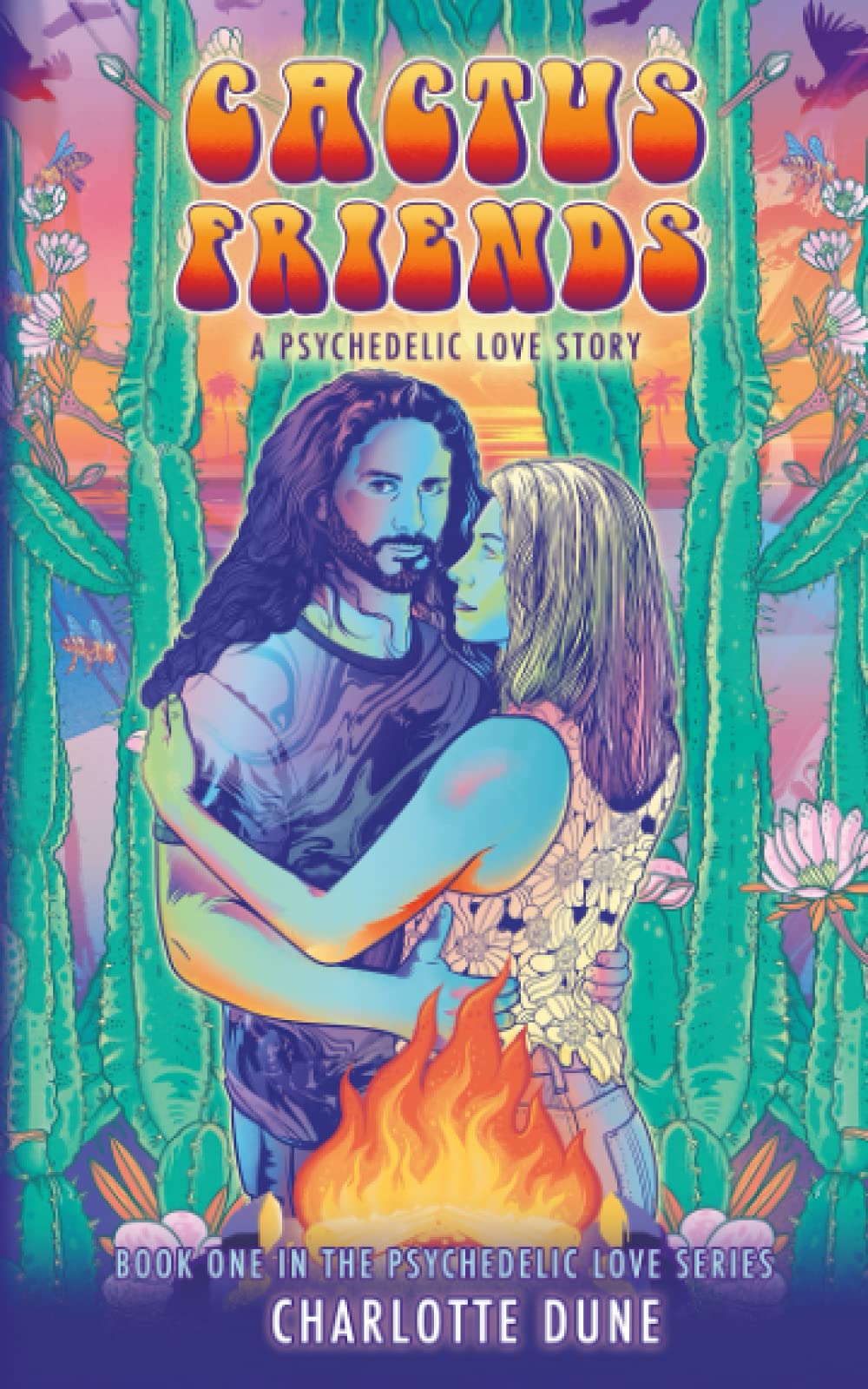 Book One in the Psychedelic Love Series

Plant medicine plus passion in this non-stop, steamy, and tropical adventure.

A struggling photographer, Thelma searches for direction in her life. The universe draws her to a group conducting secret plant medicine ceremonies on a farm in Florida’s southern Everglades. After drinking a mescaline tea made from the San Pedro, wachuma cactus with the group, she receives an unusual message and meets a young Persian man suffering from kidney failure named Saman. Together, they try to unravel the hidden meaning of Thelma’s prophetic visions — a path that leads directly to Thelma’s past and to Saman’s future.

In Cactus Friends, Charlotte Dune creates a story rich with supernatural energy and imagery, taking the reader inside the world of underground shamans, psychedelic encounters, and wachuma, or huachuma, and ayahuasca ceremonies.

Cactus Friends: A Psychedelic Love Story uncovers the power of romances old and new, and traverses the unbreakable threads that connect lovers across space and time.

Praised for its unusual setting, Cactus Friends is a fast and magical romance book that keeps the reader turning the pages from beginning to end. 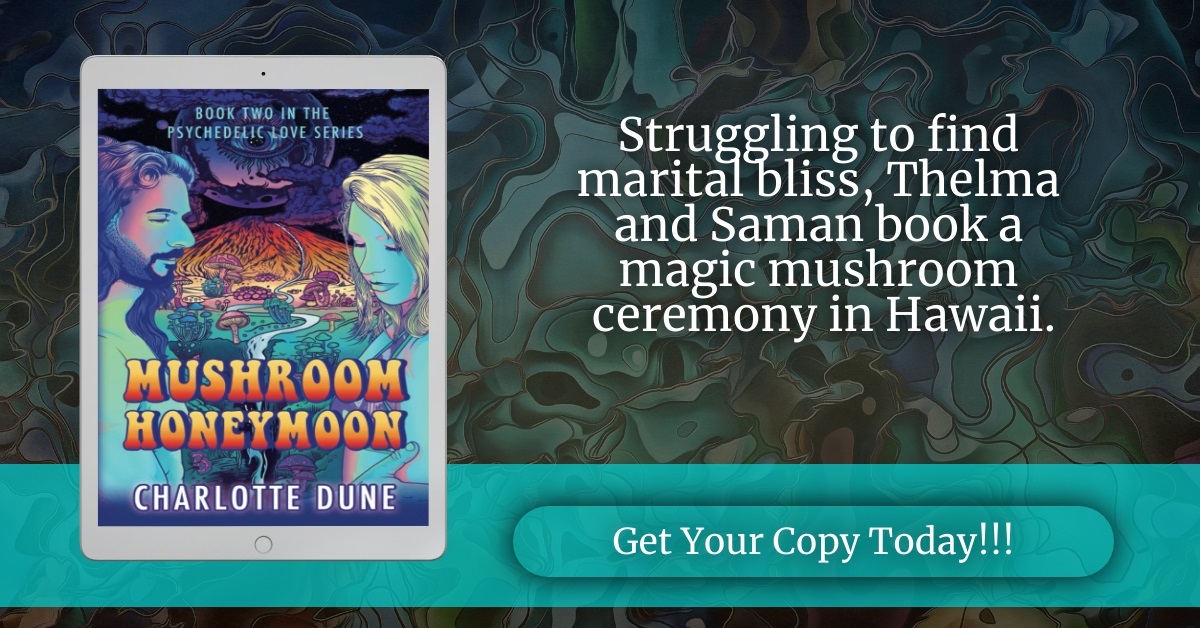 As their lips parted, a hush fell over the crowd and Bāne Kama strolled out from the living room. Bare-chested, he wore white linen pants with a belt of braided plant fibers and a necklace of golf-ball-sized black beads with a large Hawaiian fishhook dangling above his navel.

As he passed, Thelma got a better view of his tattoos, including a detailed drawing of an octopus on his spinal column, with tentacles wrapping around his sides, creating the effect of the creature riding on his back. He faced the crowd with his arms outstretched and palms lifted. The ocean shimmered in the distance beyond his sculpted physique.

Nervous energy sparked through Thelma and she shifted her legs to release the tension. Bāne opened his mouth and, in a deep, clear voice, bellowed a melody of fluid Hawaiian words.

Who was this man? The more Thelma saw him, the more she grew convinced they’d met before.

The song finished and the audience applauded. Bāne pressed his enormous hands together in prayer and tipped his head. He scanned the crowd. “We’ll now hike to the sacred ceremony space and begin our journey.”

With the rest of the guests, they trailed behind Bāne’s hulking form as he led them around the guest houses and up a hill; via a stone path, they entered the jungle. 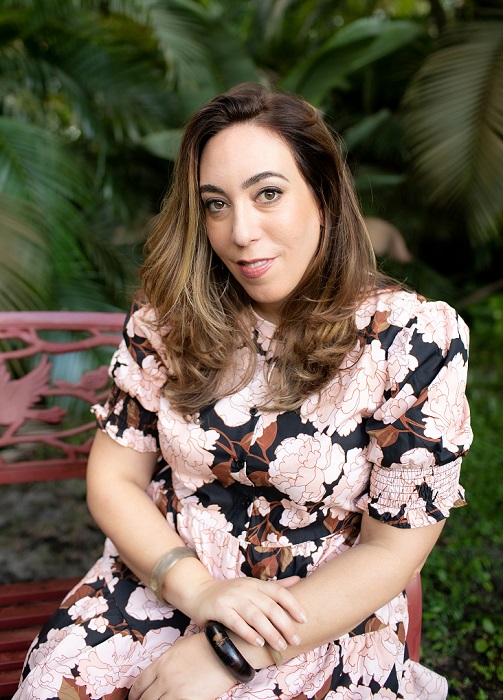 A former U.S. Diplomat and award-winning documentary filmmaker, Charlotte Dune writes romance, travel, and adventure stories from her home base in South Florida. Her writing explores self-discovery, love, and exotic locations. The author of The Psychedelic Love Series, she has a passion for travel, reading, nature, and entheogenic practices.

Charlotte Dune's books include Cactus Friends: A Psychedelic Love Story and Mushroom Honeymoon. Her essays and articles have appeared in print magazines and in many online publications, including POV Magazine and The Temper.

She is also passionate about creative recovery and sharing her own story of recovery from battered women's syndrome and PTSD. Her memoir about marrying into Ugandan high-society, and working in Africa for the U.S. Government, called Kampala Sunsets, is under current publisher review.