A Witch's Quandary Tour and Giveaway 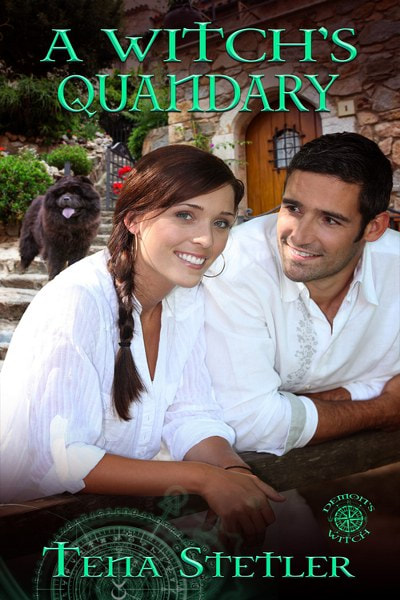 Gale's engagement is off because she refuses to leave her thriving business in Ireland to follow Dillon to Scotland. Her family and friends are on the emerald isle. Yet, when Dillon returns with the whole story and asks for her help, she must follow her heart.
Becoming a Solicitor, then partner in the family law firm was never Dillon's dream. Now it's his nightmare. Called to Scotland, his father demands he take his rightful place in the firm or be disowned and disinherited. Something is terribly amiss in the firm and family.
During Gale and Dillon's investigation, they discover the enforcer for the Demon Overlord is also delving into rumors the firm is acting illegally. Magic has been stolen, someone is being blackmailed, and a member of the Witch's council is corrupt. If Gale and Dillon want a life together in Ireland, they have to unearth secrets threatening to destroy the firm and family in Scotland.
Add to Goodreads
Amazon * Apple * B&N * Google * Kobo

“This is an outrage. It’s my firm.” Bram bellowed slamming his fist down on the table. Sparks flew in all directions creating a red-hot spider web of power crackling across the tabletop. Everyone at the table scrambled back or stood.  Dillon caught the malevolent spark in his father’s eye a split-second after Gale. She had already brought her hands together, the room sizzled as she conjured a ball of fire and with a few words sent the witch fire and spell at him.

“What have you done?” Bram screeched as the fire and spell hit him center mass. “Witchfire too? Bitch.” He slid to the floor.

Iris ran to his side, tears spilling her cheeks, she wiped his sweat-soaked brow with a napkin. “You just couldn’t stop, could you?  What did you do? Make a deal with the devil? We should have put a stop to it. To you. But…” She helped him into a chair. “I’m afraid you’ve messed with the wrong witch, this time. Brought this on yourself. You did. But I won’t let you take this family—the firm—down with you.” Giving his shoulders a little shake, she gazed into his shocked eyes. “What have you done?”

Bram slowly shook his head and murmured, “It’s my firm.” He raised his gaze and glared at Gale pointing a bony finger at her. “You’ll pay for this.” Then turned his attention to Dillon. “I told you nothing good would come from aligning yourself with this witch. Her blood is not pure. Diluted by the Fae power of her…” He broke off.

Dillon stood at Gale’s back his hands steady and supportive on her shoulders as she said nothing for several beats. Eventually, she turned her emerald green eyes to him and held his gaze. “I couldn’t let him divide the family with that dark magic. I tempered my deadly witch fire with the spell.” She tore her gaze from Dillon’s, touching her fingertips to the scorched marks radiating across the table stopping an inch from the edge all around. “If he’d succeeded, there’d been no turning back. If the tendrils of that spell had left the table and reached one of you…” She shook her head.

Appearing to gather his wits about him faster than the rest of his family, Sturgen surveyed the scene, wiped his brow with a monogrammed handkerchief, and sucked in a breath. “The firm is no longer yours.” He squeezed Olivia to him, starting for the door. “We’ve had enough for one night. Let’s adjourn until a full audit of the cases and firm can be conducted.”

Gale leaned against Dillon, his strength and calm flowed into her. “I felt your father’s intentions. The intentions he was able to disguise from his family. He planned to destroy all of you.”

“I know. I felt him…hmm…something evil. Only my reaction was a second too late. I’m glad yours wasn’t. How long will he be spellbound? That is what you did. Right?”

“Aye. Among other things. Indefinitely… I hope. He’s got a lot of power that isn’t his. I’ve no way to bind what I don’t know.”

Other Books in the Series: 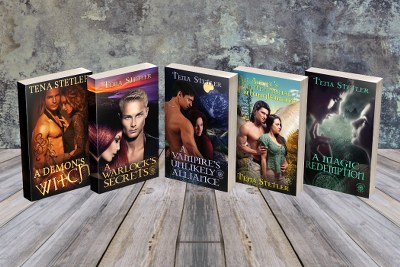 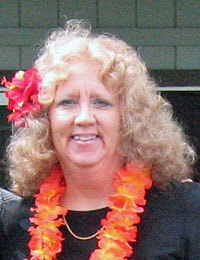