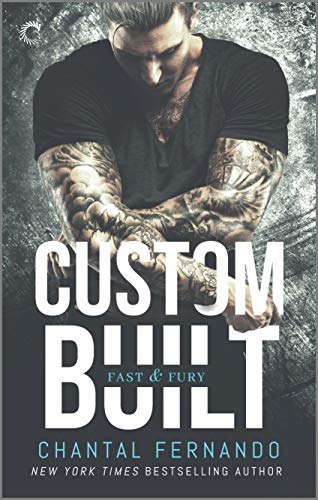 New York Times bestselling author Chantal Fernando brings you Fast & Fury: A thrilling new series fully loaded with intense emotions and edge-of-your-seat suspense.After losing her job, saying goodbye to a lifelong dream and having an all-around cruddy year, Bronte Pierce needs a break. A job at Fast & Fury might be just the thing to reset her life, even though she knows nothing about custom motorcycles. But taking a job isn’t the same as keeping it, and her fresh start quickly turns into a fresh nightmare.Starting with her boss. Crow is hardheaded, stubborn and brutally honest. He may be easy on the eyes, but he runs with a motorcycle club and he’s anything but friendly to Bronte. She suspects he has a softer side—just not for her.Her whole life, Bronte has known that the only person she can truly count on to save the day is herself. But when a single murder turns into a conspiracy and the threat to her life is more than she can handle alone, it’s Crow who comes through—and her newfound family might just become her greatest strength.

Momma Says: 3 stars⭐⭐⭐
I don't read a lot of MC romance but what I have read usually falls into one of two categories: either the MC is completely legit or completely bad. Now, I'm sure there are plenty out there that fall somewhere in the middle, but as I said, I don't read a lot of this particular romance trope. Anyway, my point is that this one seems to fall in that middle area. The characters are likable and their interactions feel like a family. There is mention of illegal activity, but this story revolves around a custom motorcycle shop. As I said, the characters are likable, and it's pretty much impossible not to feel sorry for Bronte. She certainly has her share of trouble. To be honest, the story was over the top and required a fair bit of suspension of disbelief, enough that this one could've gone either way for me. What saved it for me was Crow. I couldn't help but love Crow. He's grumpy and he and Bronte don't exactly see eye to eye at first, but getting there is half the fun. This one is easily read in an afternoon, and there are things about the storyline that I'd have liked more development on, but it's still a good start to what looks like an entertaining series. In the end, there were things I liked and some that didn't quite hit the mark for me, but I'm interested to see where things go for the characters of Fast & Fury, so I will be checking out the next in the series.