Dare To Fall Tour and Giveaway 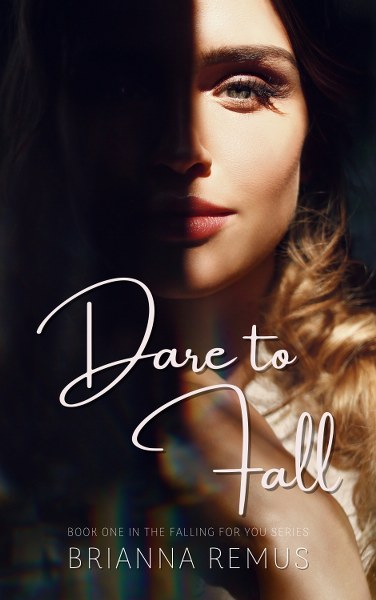 I had everything I'd ever wanted.
But why did it feel like it wasn't enough?
The perfect boyfriend. The perfect friends. A straight shot to the top medical schools in the country. A one-way ticket to the perfect life.
But still, my heart ached for more.
As fate would have it, cracks began to form in the perfect facade I had shielded for so long.
Friendships soured. Love became tainted by betrayal. And the one thing I held onto, the surety of becoming a doctor, was slipping through my fingers from the chaos that swirled through my mind.
It was all falling apart and there was nothing to catch me.
Then he shot into my life, like a cosmic flare, brightening even the darkest of skies. Unveiling the pieces of my soul I thought no longer existed. Showing me the truth of who I really was.
But still, the two sides of me battled -- raging for dominance.
The world I had built for so long had fallen apart, leaving me raw and vulnerable.
I just hoped he would be enough to help me put the pieces back together again.
Dare to Fall is a sexy new adult college romance filled with angst, self-discovery, and love.
What readers are saying:
★★★★★ "From the first page I was intrigued. The characters drew me in...Excellent! Can't wait for her next one." -Amazon Reviewer
★★★★★ "I could NOT put this book down! And the STEAM! It was the perfect combination of slowburn, passion, and 'have to have you right now' that can be so hard to find. And this book nailed it. No pun intended." -Sam G., Goodreads Reviewer
★★★★★ "It's a steam romance with a message to go after your passions in every part of your life. I LOVED the chemistry between Eva and Garth. If you like slow burn, steamy romance this is going to be one of your favorite reads this year!" -Santana Saunders, Author of The Pearl in the Darkness
★★★★★ "Absolutely LOVED this steam little read! It was everything you enjoy reading about secret millionaires, with a very realistic undertone that I feel like everyone (whether you have a secret millionaire boyfriend in your life or not) can definitely relate to." -Tori Heat, Author of The Ruins
★★★★★ "An amazing story of discovering who you truly are and the bravery it takes to make huge changes in order to be happy. A definite 1-click read!" -Jenn Lockwood, Goodreads Reviewer
Goodreads * Amazon

A soft hue of white light glowed throughout the gallery, each installment was highlighted with a spotlight. The last time I was in an art gallery was in the eighth grade during a field trip to New York City and we toured the MoMA. Back then, I was too young to fully understand the gravity of art. I made a mental note to put the MoMA on my travel bucket list.

Waiters dressed in pristine tuxedos walked around with glasses of champagne and hors d’oeuvres. Drema and I weaved through the crowd of people to where her pieces were installed toward the back. I didn’t realize how much the university invested in their art program, but judging by the size of the gallery I guessed it was a pretty penny.

The room buzzed with conversation. Everywhere I turned people were dressed in immaculate black tie attire. Students stood proudly next to their pieces while they discussed the mediums and inspiration behind their work.

For the first time all day, I felt excited. I was so proud of Drema and everything she accomplished to get to this moment. And I was happy for all my peers who worked so incredibly hard on their pieces. As I looked around at the talent, I felt a spark of inspiration to take the next step with my photography. There was still so much for me to learn, but my heart raced with enthusiasm of all the possibilities.

I tried to think of a time when I felt this way about medicine and couldn’t recall a single moment. Medicine had always been a bridge between Connor and me. But being here, with all these aspiring creatives, I felt at home. As though I finally found the place where I belonged after being lost for a really long time.

“Wow Drema,” I said as we walked up to her three pieces. It was like looking into a better version of our world. The landscapes were so vivid, yet understated. Each brush stroke was expertly placed, bringing the trees and water to life.

There was a gleam in her eyes, one of pride and fulfillment. “They’re my best work.” A soft smile pulled at her lips. “It’s taken me a really long time to find my voice as an artist and I feel like I’ve finally seen a glimpse of it. I still have a long way to go, but I’m really happy with these pieces. I just hope everyone else will like them too.”

I took her hand in mine and gave it a squeeze. “Of course they will love your work Drema. Your pieces are breathtaking.”

“Thank you,” she said beaming at me. “I have to stay here for awhile, but you should go check out the other artists. There should be a few photographers’ installments sprinkled throughout. The exhibit typically hosts a variety of artistic mediums, so you can get an idea if there’s anything else that seems interesting to you. And it’s a great networking opportunity.”

“Are you sure it’s okay if I leave you alone here?”

“Okay,” I said as I ventured toward the front of the exhibit again. I didn’t know if there was a specific flow to the arrangement, but it made sense to start at the front and work my way around so I didn’t miss out on any pieces.

Right in front of the double door grand entrance was a huge canvas covered in oil paints. It was clearly abstract with the brush strokes darting in all directions, fusing the deep colors together. Up close, it appeared chaotic and somehow sad. The lines were harsh and angry as though the artist was taking out their frustration with the paint brush. I stepped back a few feet to get a different perspective and that’s when I saw it. Among the hard masculine lines, there were soft feminine curves. It took a few moments, but my eyes finally adjusted, pulling everything together. The outlines of a woman with long layered hair was embedded within the chaos.

Up close, her soft lines were a stark contrast to the sharpness of the bold colors and harsh brush strokes. But as I took her in from a distance, the entire painting came together in a tragic way. Trails of ebony tears fell down her cheeks from sad, doll-like eyes that were cast downward. She didn’t belong there, broken and tormented amongst the vivid colors.

Tears welled in my own eyes for the girl in the painting. She didn’t deserve to be broken, to have fallen out of place.

“What do you think?” A gruff voice asked from behind me.

Startled, I jumped and turned to find myself face to face with Garth Walker. The very man I was hoping to avoid tonight.

“Eva, are you alright?” His tone softened as his hazel eyes darted between mine.

“Yes,” I sniffed, wiping my eyes with the backs of my fingers. “I’m fine.”

He moved closer to me and I took a step back. “Please don’t. I…I can’t be close to you and keep myself together right now. So, please don’t.”

“Okay.” He slipped his hands into the pockets of his tuxedo slacks and took a step back. “Whatever you need me to do, I’ll do it.”

My heart cracked a little more at his words. I couldn’t stand for him to be nice to me right now because I wanted so badly to just collapse into his arms and let the feel of his body against mine wash away all the pain and anger I felt. But I couldn’t do that - not to myself or to Garth. He deserved better and I was in no position to fawn over a man when my heart was still in pieces over another.

Silence pulled at the thread between us, making the desire to reach out to him unbearable. I needed a distraction from the building tension.

“Do you know the artist?” I blurted as I gestured toward the painting.

His steely gaze flickered to the painting and back to me. A mischievous grin pulled at the side of his mouth, sending a bolt of electric energy throughout my body. Awakening that ember that burned for him and him alone.

“Yours?!” I said a little too loudly.

The warm sound of his laugh made the tiny hairs on the back of my neck stand on end. I bit my bottom lip to keep myself from blurting out any more stupid questions

“Yes. The chairman of the art department reached out to me and asked if I would be the spotlight artist for the exhibit this semester. They like to have well-known artists from the community participate in the student exhibit to bring in other established artists and potential buyers so the students can learn how to network.”

He turned toward his painting and I tried to ignore how incredible he looked in his tux. The clean line of his shoulders accentuated the broadness of his chest. My gaze raked down his torso to his waste, where the tailored jacket revealed just how cut I already knew he was. I clutched my hands as my fingers twitched in remembrance of feeling his hard chest and abs just a few days ago when we ran into each other downtown. If I stared at him any longer I wouldn’t be able to keep myself from touching him, so I turned toward his painting and dug my fingernails into my palms.

He glanced at me with a look of hesitation on his face and said, “Veiled in Lies.”

I swallowed hard. “Who was your inspiration?”

When Garth turned to look at me, it was as though his ever-changing eyes could see straight through me. To the burden I bore, unable to speak of it. I wanted to look away. I wanted to do anything but have Garth Walker see the pain that I couldn’t hide. But I stood there anyway, before the man who made me feel things I didn’t know were possible. The man I wouldn’t dare let myself get close to for fear that he would be my absolute undoing.

Because I saw the truth in his eyes. The words he left unspoken.

The woman in his painting was me. 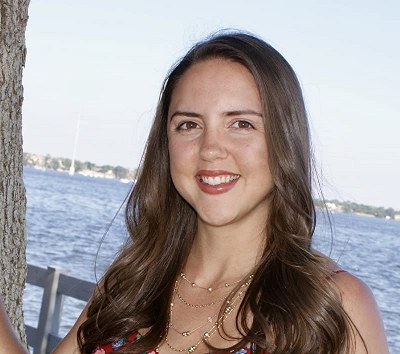 Brianna Remus is a Florida-based author who lives with her husband, three pups, and terrorizing cat. She started her writing journey in 2016 to ward off the woes of graduate school. The light-hearted hobby quickly turned into a passion filled dream that consistently distracts her from the real world.
​
When Brianna isn't working as a psychology resident or writing books, you can find her getting lost in the worlds created by others (through writing and movies), spending a day at the ocean, or taking a walk in the forest. She loves to spend her days outdoors surrounded by the beauties of nature.
​
A true Tolkien nerd, she also spends a lot of her time immersed in Lord of the Rings and The Hobbit, as well as praying that Amazon doesn't completely fuck up the new LOTR series.
Website * Twitter * Instagram * Bookbub * Amazon * Goodreads