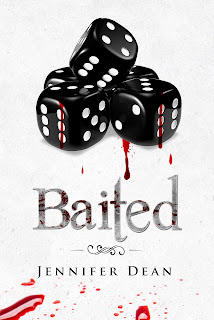 Baited
Bound Series
Book Three
Jennifer Dean
Genre: YA Paranormal Romance
Publisher: Little Fish Publishing
Date of Publication: August 3, 2021
ASIN: B093DT23XS
Number of pages: 230
Word Count: 52,000
Book Description:
Normal seniors worry about if they will get rejected from their dream school, what they are going to wear to their last prom, or if it’s possible to stay close with the friends they grew up with after high school.
But Emma Morgan has come to learn that normality is a thing of the past.
Especially when her eighteenth birthday is a mere reminder of the newly accepted deal she has made to lure a vengeful immortal named Thomas back into Alexander territory. A plan that will certainly make the humans of her world safer but comes with the risk of not living to see graduation.
Amazon      Books2Read

Despite the coldness of my tone, I heard a few light chuckles around the room. My gaze shifted to the ground before I dared to look back up at the many bright, expectant eyes surrounding me.

I turned back to Liam as I heard the concern in his voice. I imagined that if the roles were reversed, I would carry the same worry for him.

“Yes,” I said, squeezing his hand to convey my assurance.

Once again, I turned my body to face Jane, bouncing my eyes up with a readied stare.

“I need you to know that what I’m asking comes with risk.”

“No, you don’t,” Sean said. “By risk, she means you’re willing to accept that this help may come at the cost of losing your life.”

“He’s right,” Jane said. “I’m prepared to risk your life if it ultimately means bringing an end to Thomas.”

“I may be a bitch but at least I’m an honest one,” Jane said.

It was hard to not find humor in her words, as if she were reading the tagline from a movie written about her.

“Look, as much as your presence annoys me, I don’t wish to see your death. But I need you to know that this plan is about commitment. That goes for me as well. I’ll need to play my part just as much as you will yours. At times, you may even question my loyalty. However, we must rely on trust because it’s all we’ll have until we see this through.”

“So, you’re saying it’s going to get worse before it gets better.”

It wasn’t a question but a realization of the danger I was agreeing to dive into.

“Yes. This isn’t going to be easy. He’ll be seeking every opportunity for revenge for Liam’s betrayal. A revenge that will create a blood trail straight to you. One that could lead to your death.”

I caught sight of Mary’s bright stare across the room. Her first words to me echoed in my mind. Being with Liam means you will always be a target.
I bit my lip with squinted eyes of confusion as I looked back at Jane. Before I could speak, my brother’s outburst interrupted me.

“You want us to just sit back and leave her for him like some immortal bait?”

“He has to believe he has the upper hand. The only way that can happen is if you play your parts in leaving her vulnerable. From the moment I leave this house, you must portray a belief that the threat is gone.”

“By leaving her to be killed!”

Jane closed her eyes in frustration before turning to face Sean. Her neck stiffened with impatience but she paused in speaking, as if waiting to gain the composure that one needed when speaking to a petulant child.

“Thomas is a sadistic prick who likes to play games. His immediate goal won’t be to kill her but to show Liam and you that he can if he chooses to. You have to make it seem as if he’s in control. Being overprotective isn’t an option, Sean.”

“I understand what you’re saying and I even agree with your theory but as her brother, I can’t just…”

Sean shook his head, clearly hoping to distract himself from the images circling his mind before turning a newly placed anger on Liam.

“Of course not,” Liam said with an offended grimace. “I hate the idea of her being in any kind of harm’s way. But she’s going to do it whether I’m okay with this or not.”

As Sean rolled his eyes, Liam continued with a small grin, as if the behavior only proved his point.

“You only disrespect her by not allowing her to make this choice. So, regardless of your inability to accept it, I’ll stand by whatever she decides.”

It was all I had time to say before a thud caused me to snap my neck back around. Sean stood facing the wall with his palms flat against it. He refused to look at anyone behind him. My eyes traveled up to a spot near his left hand, where I saw a deep hole the size of his fist.

The tension in the room lingered as I met his gaze. I had barely blinked before he moved to a kneeling position in front of me, his hands reaching out to hold mine with comforting warmth.

He lowered his head in defeat before rising back to his feet and turning his attention to Jane. He remained silent, his body tense as he resignedly stood and walked back toward Grace.

“I’m short on time so I must leave you all,” Jane said. Then she looked at me. “I hope you survive this, Emma, I really do. But if fate has other plans, please know your sacrifice will have been an honorable one.”

I reached for Liam’s hand as Jane nodded with appreciation before she looked toward the leader of the Alexanders. Patrick gave one subtle nod of approval. It was enough verbal communication for Jane to begin walking backward in farewell. 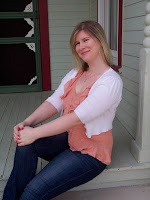 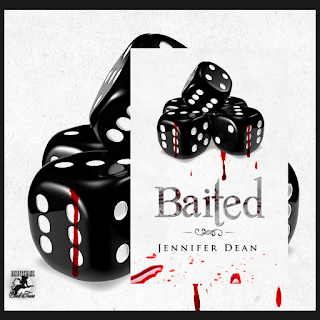