✱✱Book Review✱✱ Blog Tour: One Night Only by Catherine Walsh 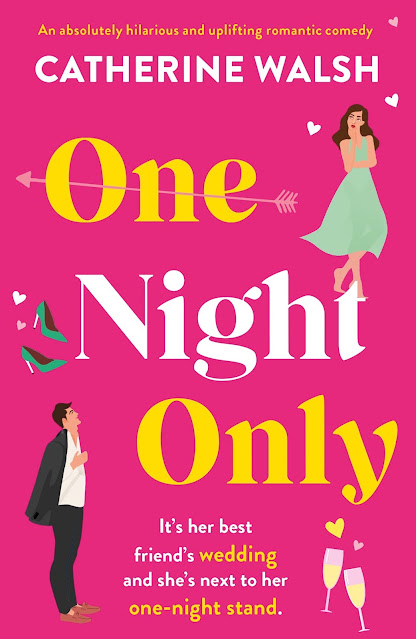 Who could have predicted this? Being at the same wedding. In Ireland. There’s a reason one-night stands are one-night stands. You’re not supposed to see each other again, especially not when you’re the maid of honor, and he’s the groom’s brother…Sarah Anderson has never been more excited about anything in her life. She’s going to her best friend’s wedding. And not just any wedding. An Irish wedding. Goodbye New York, hello rolling green hills and men with beautiful accents and twinkling eyes.But Sarah should have known that not all guests are fairy-tale princes…There’s the chinless Uncle Trevor, whose idea of small talk is to claim climate change is a conspiracy.Then there’s Great Aunt Eileen, who doesn’t talk at all (she’s too busy replacing the hotel cutlery with her own set).Worst of all, there’s Declan Murphy. Best man. Brother of the groom. And the man Sarah last saw naked.Is there anything more mortifying than bumping into a one-night stand halfway across the world? Especially as Declan seems determined to embarrass Sarah at every turn. At least when the wedding’s over she’ll never have to see him again.But, back in New York, Sarah finds the more she tries to forget Declan, the more she can’t shake the thought of that infuriatingly charming smile and the way he wears a tux…Was he really just for one night only, or might Declan Murphy be The One?Prepare to laugh until you cry with this perfect feel-good romantic comedy about taking a chance on love. Fans of Sophie Ranald, Sophie Kinsella and Marian Keyes won’t be able to put this down!

Momma Says: 4 stars⭐⭐⭐⭐
One Night Only is an entertaining and engaging romantic comedy. Declan and Sarah go round and round on their journey to their HFN. Sometimes they see eye to eye, wanting the same thing from each other. Other times they were exchanging barbs and facing off. Sarah is a woman who thinks she knows what she wants, but she's got some things to work through in order to figure out what she really wants. Declan has some things to deal with as well, but the journey in this story is mostly Sarah's. I don't care to admit that I wanted to give her a good shake a few times, but it was all a part of her growth - Catherine Walsh certainly knows her stuff when it comes to letting the reader experience her characters' personal growth. The story was a little longer than I felt necessary and dragged some in the middle, but all in all, it's an amusing romance that's great for a weekend of relaxing with a good book. 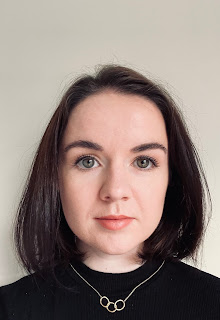 Catherine Walsh was born and raised in Ireland. She has a degree in Popular Literature and the only prize she ever won for writing was at the age of 14 in school (but she still cherishes it.)
She lived in London for a few years where she worked in Publishing and the non-profit sector before returning to Dublin where she now lives between the mountains and the sea. When not writing she is trying and failing to not kill her houseplants.
https://twitter.com/CatWalshWriter
https://www.instagram.com/catwalshwriter/ 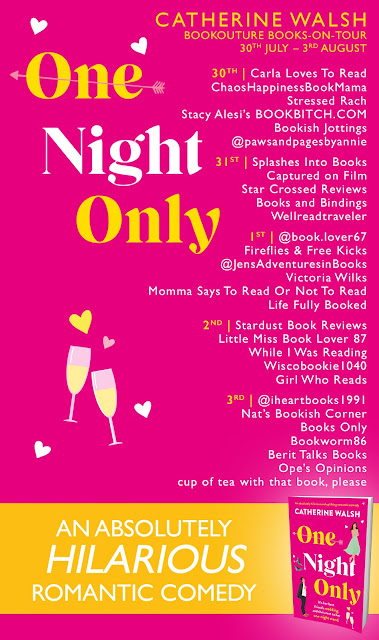