Bruce Weathers lost his boy in a horrible lumbering accident, and Loren Baxter lost his daddy in a horrifying fire. Stricken with staggering grief, neither Bruce nor Loren believed they could ever replace the men who once made them whole. Then one day Loren appeared naked at the edge of Bruce’s Northwoods meadow, and despite their gap in ages, the attraction was mutual.

Bruce was a woodcutter with a lumberjack legacy. He lived in a cabin deep in the Northwoods, piecing together a living with small jobs. After years, he was still mourning the loss of his boy, Roman. When Loren appeared, it was a shock and a one-in-a-million surprise.

Loren lost his firefighter partner in a warehouse fire in the Twin Cities. Following a shared dream after relatives left him high and dry, he used any means possible to escape to the Northwoods. That was where Bruce found him, embarrassed, awkward, and buck naked.

After initial hesitance from both sides, Bruce and Loren decide to pursue a relationship. Unfortunately, the real world of dangerous jobs and dwindling income threatened to tear them apart.

The Lumberjack’s Boy is a 55,000-word Daddy-boy age gap romance without age play. It is the 3rd book in the Northwoods series and may be read as a standalone book, but it includes key characters from the two previous books.

Momma Says: 4 stars⭐⭐⭐⭐
The Lumberjack's Boy is the third book in Grant C Holland's Northwoods series. I'll admit that I'm not a big fan of the daddy trope, but I liked the characters in the first two books so much that I was happy to revisit them as they popped in and out of this one. Plus, Declan Rhodes is an auto-read for me, and since this is his pen name, I fully expected to like the story. And I did. I'm still not crazy about the Daddy-boy thing, but it kind of works for Bruce and Loren. They're both lovable, and they have good chemistry, so it's not hard to root for them. They do have some angst as they each figure out what they want and need from the relationship, and there's even a bit of danger to raise the tension. This series is full of wonderful characters and I love the setting that's described so well, I could see it as I read. 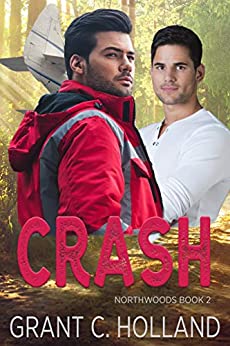 “Please don’t let me die.”When Hal, a victim of a small plane crash in the Minnesota Northwoods, first met Gabe, the earliest EMT on the scene, surviving to see another day was the only thing on his mind. But there is more behind the warm, reassuring smile. Gabe is like a stone dropped into the pond of Hal's life, causing ripples that will change everything forever.Hal Brentwood is the straight son of an East Coast corporate titan. With his good looks and innocent charm, he’s selected as the family’s ticket into the world of politics.Gabe Peligo is a triple-trained first responder for the small Northwoods town of Arrowhead Falls. He’s EMT, firefighter, and sometimes police presence in an area that caters to thousands of tourists looking for an escape from their hectic world back home. Saving lives is his life work.In the hospital following the crash, a spark passes between Hal and Gabe. Outdoor adventures fan a smoldering attraction into flames. Gabe brings Hal to life in ways that he never expected.Unfortunately, life circumstances threaten to stop them from building a relationship. Gabe’s circle of friends are natural political enemies for Hal. The idea of Hal coming out gay during a political campaign is anathema to his campaign manager and, ultimately, his all-powerful father. Will their hearts find a way to be together or will the interests of others be impossible to overcome?Crash is a 60,000 word male-male romance set in the Northwoods of Minnesota. It is the second book in the Northwoods series and includes characters from the first. It may be read as a standalone romance. It includes first time gay, coming out, and fish out of water themes. There are steamy moments and a guaranteed happy ending.

Momma Says: 4 stars⭐⭐⭐⭐
Crash is certainly the right title for this second book in the Northwoods series with the way the story starts and the way a crash puts Gabe in Hal's orbit. These two seem like an unlikely pair, but their attraction and chemistry come through loud and clear. Jobs and meeting aside, the relationship runs a believable course. The attraction is there, but Gabe and Hal are friends first, and the more time they spend together, the more the attraction grows into something more. Both characters are likable, and we get to catch up a bit with the couple from the first book while this one still stands alone. I really like the Northwoods setting, the way it's described, it's almost a character in its own right. Given the premise here, we get a good mix of nature and Hal's campaign trail. The story is fast-paced and engaging, the characters are likable, and the romance is a good combination of sweet and sexy. 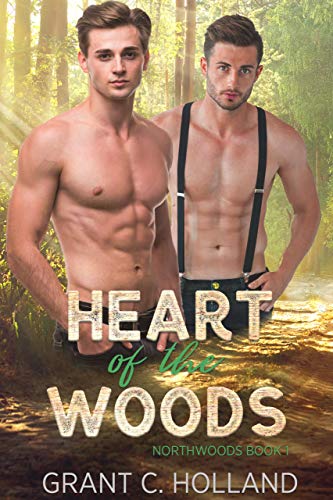 "The Ugly Duckling is just a fairy tale...In real life, the swan always has a broken wing. It makes it impossible to fly.”When Levi left college to convince his grandmother to pack up her off-the-grid life in the Northwoods of Minnesota and return to civilization, he never expected to lose an argument and stay. He didn’t expect to fall in love either. In the small Missouri farm town where he grew up, Levi was a skinny gay kid with glasses scared of his own shadow and the tormentors who lurked in the hallways of his high school. A rugged life on Lone Cedar Lake helped him blossom into an attractive, muscular young man, but the underlying insecurities remained.Brandon fell in love with the lakes and woods during a spring break visit with a college friend. Upon graduation, he began building a wilderness guide business that gave him the capital to buy his first house at age 24. A downturn in the local economic atmosphere sent him scrambling to shore up the bottom line. He thought a new wilderness route to the mysterious Lone Cedar Lake would be just the ticket to lure in new clients.While exploring for the new route, Brandon spotted Levi in another canoe. Their first encounter led to a physical battle on the forest floor, but soon, an attraction they couldn’t ignore blossomed. Unfortunately, romance won’t be so easy when the mysteries of the past threaten to stand in their way.Heart of the Woods is a 55,000-word ugly duckling romance set in the Northwoods of Minnesota. It includes steamy scenes, a happily-ever-after ending, canoes paddling in the wilderness, and some of the best stargazing on earth.

Momma Says: 4 stars⭐⭐⭐⭐
These guys are absolute sweethearts. Both of them are entirely lovable, and once they start spending time together, I love the way are with each other. Brandon is a bit high-strung, and Levi has his share of insecurities, but they fit together like pieces of a puzzle. There is some angst, and both of these men have some things to work through. The story gets pretty emotional both within the romance and surrounding it, so this one certainly tugs at the heartstrings. It's not all angsty though - for the most part, the romance keeps you smiling. There are also some terrific secondary characters that I hope to see more of as the series progresses.