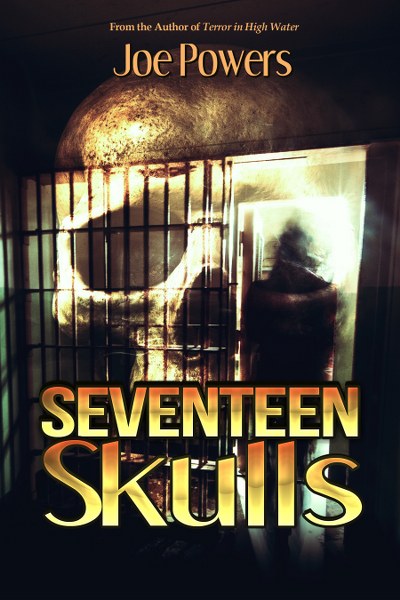 Someone is stalking and killing the residents of a homeless shelter in Beaverbrook. And he’s doing it from a cell at the Garden Island Super-Maximum Security Penitentiary, over a thousand miles away.

Notorious serial killer Eldon Grant has discovered the ability to travel through the Shadow Realm – a dark and sinister conduit that lies in the murky fissures between the physical and astral planes. This allows him to return to his old stomping grounds and resume his rampage without leaving the cozy confines of his cell. It’s the perfect crime.

But his actions haven’t gone unnoticed.

As the bodies pile up, shelter worker Jennifer Brennan vows to get to the bottom of the murderous spree. Along with a disjointed group of companions, she sets out to learn who’s responsible and figure out a way to stop him before they draw his attention and become his next victims.

Note: this is from a scene in which the reporter, Amy Watson, is interviewing serial killer Eldon Grant. She’s the first one to be granted an interview with Grant in his nearly three decades behind bars.

Amy quietly watched and waited for him to finish. She recognized his actions for what they were. He’s playing with me, establishing dominance. That was fine with her; she had no intention of butting heads with the man, just keeping him in a good mood and getting him to talk.

Grant smiled again, his attention once more fully upon her. “So, what is it I can do for you today, Amy? I don’t know how much time we’ve got, so we might as well get down to it.”

The question confused her. “Do for me? It’s my understanding that you requested this interview.”

“Poor choice of words, maybe. You’re the one asking the questions, so I guess that’s my way of saying, what are your questions? You’re in charge here.”

Yeah, right. “Well, okay. Before we get started, would you mind telling me why exactly you’ve agreed to speak with me today? I understand you’re not exactly enamored of the media.”

“Well, some of ‘em have done me wrong from time to time, you know. But that’s a long while ago now,” he said. “Back around the time of the trial, and especially while I was, shall we say, on holiday, there weren’t a lot of nice stories being written about me. But no hard feelings, not really. What would be the point now? Most of ‘em are probably long gone anyway, dead or retired or just moved on. Life’s too short to hold a grudge.”

Amy stifled a laugh at Grant’s use of the term “on holiday,” an obvious reference to the period during which he had escaped from custody and was on the loose. “So why me? Why now?”

He shook his head with a thin smile. “Oh, I don’t know. Maybe I’m getting older, or maybe I just figured it was time someone heard my story. The real story, not what some of your colleagues have been feeding the public.”

“Why don’t we start with the original story, and then we can talk about your version.”

He raised an eyebrow, his smile faltering slightly. “My version, eh? Well, that’s fair enough, I suppose. As for the ‘original,’ as you put it, you know all there is to know about that. The trial, the transcripts, all of that. No need to dig up those old bones again, am I right?”

She shifted uncomfortably in her seat. “To be honest, Eldon, nobody’s really written much of anything about you in a while. You’ve been in here a long time. I’m not sure anyone even remembers why you’re here.”

He chuckled at this. “Oh, I think they remember just fine. I haven’t met a new guard or inmate in all these years who didn’t know exactly who I was and what landed me in here.”

She hesitated, worried she’d offended him. “I just meant that—”

“Not exactly front page news any more, I know it.” He studied her face. “How old are you, late twenties maybe?”

He nodded. “You’re just a little too young to really remember much of anything about me then. First-hand, anyway. Where are you from? Back east somewhere?”

“No, I grew up outside of Toronto,” she answered. “North York.”

“Well, there you go,” he said, sitting back in his seat with a look of satisfaction. “Just a kid from half a country away—no wonder you don’t know anything about me. But I have a feeling that’s all about to change, little lady. With any luck, the whole country’s going to know who Eldon Grant is before long.” 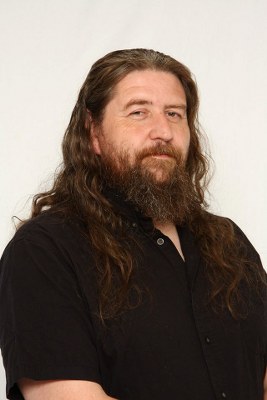 Joe Powers is a Canadian horror writer and long-time fan of all things scary. From his introduction to the genre on a stormy Saturday night at the age of six - his first viewing of Bride of Frankenstein - he's been hooked. Among his many inspirations he lists Stephen King, Jack Ketchum, Michael Crichton, Rod Serling and Richard Matheson. He enjoys introducing the reader to flawed, believable characters and leading them on dark journeys with an unexpected twist. His work has appeared in various anthologies and collections. Seventeen Skulls is his second novel, following 2019’s western/horror crossover Terror in High Water. In his spare time he's an avid hockey fan and creative writing instructor. He lives in New Brunswick with his wife, Sheryl, and an assortment of furry creatures. Follow Joe at www.joepowersauthor.com.