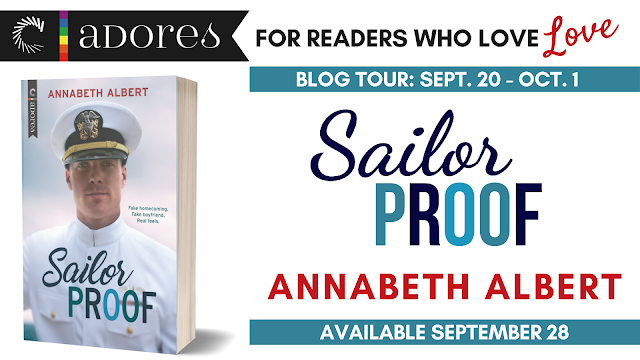 Sailor Proof by Annabeth Albert is available in trade paperback, eBook and audiobook on September 28th! 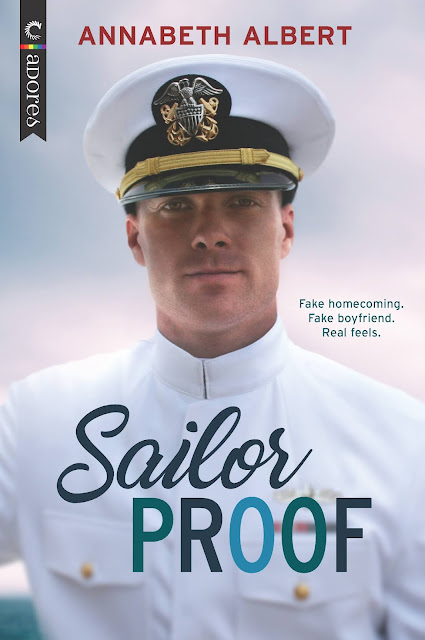 It’s petty, but Naval Chief Derrick Fox wishes he could exact a little revenge on his ex by showing off a rebound fling. His submarine is due to return to its Bremerton, Washington, home base soon and Derrick knows all too well there won't be anyone waiting with a big, showy welcome.

Arthur Euler is the guy you go to in a pinch—he's excellent at out-of-the-box solutions. It's what the genius music-slash-computer nerd is known for. So when he finds out Derrick needs a favor, he’s happy to help. He can muster the sort of welcome a Naval Chief deserves, no problem at all.

Except it is a problem. A very big problem.

When Arthur’s homecoming welcome is a little too convincing, when a video of their gangplank smooch goes enormously viral, they're caught between a dock and a hard place. Neither of them ever expected a temporary fake relationship to look—or feel—so real. And Arthur certainly never considered he'd be fighting for a very much not-fake forever with a military man.

Add Sailor Proof to your Goodreads!

Momma Says: 4 stars⭐⭐⭐⭐
Lots of tropes to start the Shore Leave series off. Primarily, this is a fake relationship romance, but Annabeth Albert has thrown in some opposites attract, military, and best friend's brother, and it all comes together wonderfully. I always love this author's characters, and Arthur and Derrick do not disappoint. These two have such good chemistry, and the romance is pretty low angst, so it's really a settle-in and fall into the story type of read. To sum it up, the characters are lovable and engaging, and the story is well-written and entertaining. All in all, a hard combination to beat. 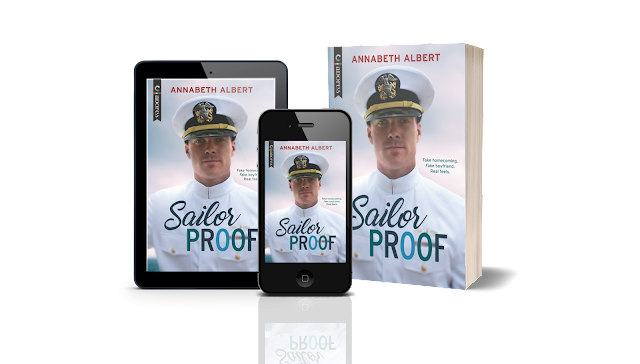 Arthur turned out hot. That was my first thought when I spotted him after I heard my name called. Derrick. My actual name, not Fox, not Chief, and outside of Calder a couple of times, I hadn’t heard that name in months. And definitely not like that, all eager and excited and happy. On the sub, hearing my name inevitably meant that someone needed something right that minute, but the way Arthur said it didn’t inspire dread at all.

I’d already been caught up in the energy of the day. Homecoming day was always exciting, even if I didn’t usually have someone waiting. The whole crew was jostling about, getting into our dress whites, making sure everything from our cover to the chest candy of ribbons and medals to the gig line was perfectly straight. Getting chosen to be on deck as we came into port was an honor, one that I usually let others, especially those with kids, fight over, since there was still plenty to do belowdecks in preparation and support. As the chief sonar tech, I was responsible for working with the A-gangers from engineering and the operations department to help navigate us in. Adrenaline was contagious, and by the time my department was cleared to disembark, I had enough energy to rival the reactor that powered the sub.

And then I heard my name.

I recognized Arthur’s red hair right away. But the rest…

Wow. Arthur had grown hot. Still shorter than me and skinnier, but wiry now, each lean muscle defined under a thin white shirt and tight jeans. No signs of his ever-present too-big nerd-humor tees. Same startling green eyes as before, though, and a new, more chiseled jaw sporting the perfect amount of fuzz. He’d grown into his long regal nose, and the hair that had seemed to have a life of its own when he’d been a teen was sculpted now, this perfectly styled wave that made me want to mess it up. His hands, which had always seemed too big for the rest of him, were clutching a giant sign.

And for a second—a literal instant when our eyes met and time stopped—I forgot it wasn’t real. And in that moment, I wanted it to be. Someone smiling that broadly for me. Had Steve ever been so happy to see me? Hell, I wasn’t even sure the poodle my grandmother had let me keep had been that happy. Arthur just radiated pure joy. The kid was one hell of an actor.

“Welcome home.” Even his voice was different. Deeper. Sexier.

“Hey,” I said because I was simply that brilliant at conversation. I reached an arm out, instinctively going for a handshake, but Arthur shifted his sign and met me partway, coming in for a hug.

Damn, he felt good. Amazing really. Solid muscle against me, hair tickling my nose, exactly as silky as it looked, strong arms able to haul me in and hold me tight. He smelled like mint and green tea, two things in short supply on a boat that tended to smell like old socks on a good day. Sweet. I inhaled deeply as his lips brushed my ear.

“Calder said to kiss you,” he whispered. “And I want to. But you gotta tell me you’re good with that first.”

Was I good with that? Hot guy who smelled like a concoction I wanted to drink every day for a month wanted to kiss me. And ordinarily, the friendship code would put Arthur far, far off-limits, but here was Calder telling us to kiss. It was a free pass, the sort I’d be a fool to turn down.

And what harm could a peck do?

“Yeah.” My voice was a rough whisper, and I didn’t have a chance to brace myself before Arthur was sliding his mouth over from my ear to mouth. A double shot of tequila would have had less punch than the first brush of contact.

And okay, not a peck.

We were kissing. Arthur and I, which should have been weird but somehow wasn’t. At all. Someone whooped behind us, but almost all of my attention was riveted on Arthur, like I was on watch and every sense was heightened lest I miss something vital.

Like how soft his lips were. Full too. Or the bristle of his scruff against my cheek. I’d done a submarine shave that morning, not my best job, but close enough that the rasp of beard felt electric. Our chests were pressed so tightly that I could feel his heart pounding. Or maybe that was mine, blood zooming to places that had been in deep freeze for months.

“Wow.” Arthur pulled back, leaving me dazed and still clinging to him.

“Damn.” The statuesque purple-haired woman he’d been standing with laughed loudly and thumped Arthur’s shoulder. “Is that the best you can do? Your man has been at sea how many months?”

Your man. If only. If he were actually mine, we’d be racing across base, a mad dash to find a room with a door. But he wasn’t and all we’d ever have was this moment. A potent mix of want and resolve raced through me as suddenly I was determined to make this count.

I pulled him back to me, and this time when our mouths collided, I was ready. Ready to taste. Ready to absorb every single detail. Ready to seize control and kiss like the world might be ending.

And it could have. Not sure I would have noticed. Everything faded away. The crowd. The docks. The balloons Arthur had been clutching and his sign both as his strong hands clung to my shoulders as we kissed in earnest. He tasted like he smelled, sweet and minty, and his tongue against mine was like floodlights coming on.

“Welcome home,” Arthur breathed against my mouth as the sound of applause gradually pulled me back into awareness of our surroundings. Applause. Whoops of laughter. Clicking cameras. But still I couldn’t seem to look away from him. 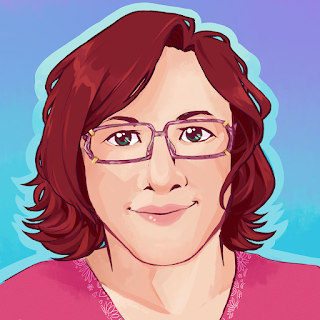 Annabeth Albert grew up sneaking romance novels under the bed covers. Now, she devours all subgenres of romance out in the open—no flashlights required! When she’s not adding to her keeper shelf, she’s a Pacific Northwest romance writer of many critically acclaimed and fan-favorite LGBTQ romance series.  To find out more, check out: www.annabethalbert.com. The fan group, Annabeth’s Angels, on Facebook is also a great place for bonus content.