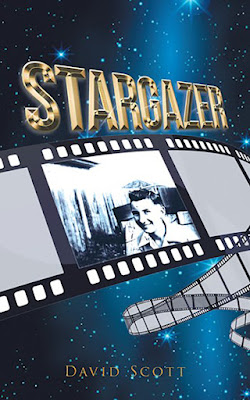 For thousands of years, stars have held our attention and imagination. They influence our life—we wish upon them, sing songs about them, navigate by them, write about them, follow them, and even give their name to the actors we love. My memories have revealed a lifetime of navigating by the stars, and moving beyond the fear and anxiety that self-doubt so insidiously cloaks us in. Yes, as Jiminy Cricket sang for us in Walt Disney's Pinocchio, "when you wish upon a star . . . fate steps in and sees you through."

Memories and influences have a profound effect on our lives. I look back on my childhood years—the 1940s to mid-'50s—and I can recall the people who were inspirational to me. Mostly it was my family, but there was also Jiminy Cricket. You no doubt recollect the song "When You Wish Upon a Star," with its lyrics that lift the spirit and let you believe anything is possible. I didn't doubt Jiminy for a minute.

The early years of my life were a time of innocence, security, adventure, and family love. How quickly my situation changed—one decision by my parents, made with my best interests foremost in their thoughts, shattered the world I had known. Through the fear, torment, isolation, and loss of my own identity, my memories and influences would come to have an overwhelming power on the choices I was to make.

My transition from teenager to adult seemed to happen overnight, but my unflappable outward appearance belied the struggles of a boy coming to terms with his guilt, and an irresistible need for his parents to be proud of him. My future was being shaped from the past, but it took me a long time to realise it. I chose the road less travelled, steeped in the wonder of the cinema and accompanied by my beloved animal companions, and it has been intriguing, daunting, rewarding, and, at times, solitary, but I always felt it was the path I was meant to take.

Like so many people, I let the emotions attached to memories hold me captive, and I missed opportunities to choose with more clarity. A near-death experience helped me to live a simpler life. Participating in a creative writing course inspired me to engage in script writing, stage work, and novel writing. This is my third book, an autobiography that has revealed more of me than I ever intended to share, and fate has led you to it.

I met Bryane during my Sydney jaunts. The gay spots I was taken to were real eye-openers for a naïve country boy, but the fascination soon wore off after often finding myself a wallflower at venues, where I was totally out of place. The last time I visited I was determined to ask Bryane to live with me at Albury, but when I saw how he thrived with his friends at Sydney night spots I reneged on my plan and returned home without letting him know how I felt about him. A fortnight later he telephoned me out of the blue, saying he was catching the next train to Albury to live with me.

He arrived with a suitcase and Pekinese dog and settled in to working at the drive-in theatre. Our brief try at romance was unfulfilling for both of us but we remained good mates, bonded by past bad experiences. In a reverse reaction, his open gayness helped ease the pressure of guarding my sexuality and I was more accepting of myself . . . but not entirely. It was impossible to eradicate decades of hiding behind a rock so I continued to dart there, even though I was mainly fooling myself. Sharing a house while living separate lives worked for us. I never figured out what made him tick, but then there are times when I don’t understand myself. I guess in the long run the important thing is to care for the other person, especially when they are down, and at other times let them run their own race.

I taught Bryane to drive a car, and he was so elated at attaining his driver’s licence at his first attempt that he bounced in his seat on the way home and veered onto the wrong side of the road. I wrenched the steering wheel to bring the car back to the correct side of the road, wondering if I’d created a monster by teaching him to drive. Generally, he was an excellent driver with just a couple of mishaps. One was when he was collecting me from the Albury airport. Not realising the road sharply curved around the tarmac he drove the car nose-first into a table drain. Another of his feats was driving onto a footbridge crossing above railway tracks until becoming stuck on stairs. The way was so narrow that the doors couldn’t swing open, so a policemen had to drag him out the window. It was after a party he’d attended so he was well over the alcohol limit. After that I took him to where he wanted to go and left him to arrange a ride home with a friend.

Bryane loved horses, so with ten acres of the drive-in site not being utilised we fenced it into a horse paddock, having saved a thoroughbred gelding from the knackery (slaughter house). He was Bryane’s mount during the day, while at night the horse positioned himself by a fence facing the screen. Old Blue loved movies, especially family ones when, for a bit of comical body-weaving and head-bobbing, children were enticed into feeding him sweets and hot chips over the fence. 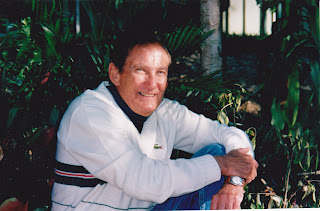 David Scott is a playwright, director and novelist – among other things. His career included forty years as a film exhibitor; establishing a horse stud; managing a motel; working in the hospitality industry, and a few other experiences along the way. David’s latest book, Stargazer, is an autobiography highlighting the value of family, ingenuity, bravado, old-fashioned common sense, colourful characters and unfailing good humour. From rural towns in Victoria and New South Wales, to the mountain life in Queensland, the constant has been faithful canine companions, perseverance and a joy for living.

David Scott will be awarding a $15 Amazon/BN GC to a randomly drawn winner via rafflecopter during the tour.

a Rafflecopter giveaway
at September 30, 2021