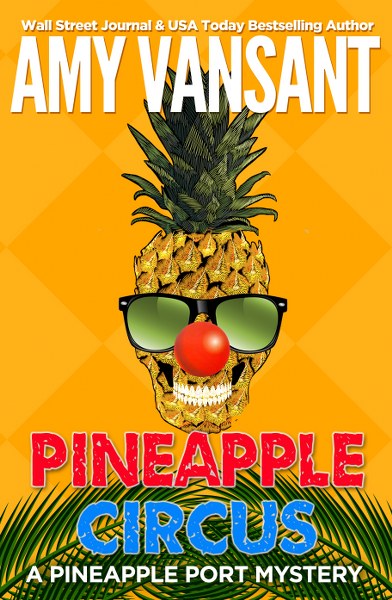 Now in the center ring... murder!

Newly-minted private detective Charlotte Morgan, resident orphan of the Pineapple Port 55+ community, discovers she might not be an orphan after all. Stunned by the news, she distracts herself with a cat burglar who left a smear of make-upped whiskers on a sliding glass door, and a path straight to "Clown Town" a retirement community for retired circus performers. When a fortune-teller doesn't see her own death in the cards, Charlotte's burglary becomes a murder investigation!

Charlotte's neighborhood moms, Mariska and Darla, can't help with this one. They're busy infiltrating an underground golf cart racing ring, led by a shady operator and her toady sidekick...

When another circus performer falls victim to the Big Top Killer and Stephanie goes missing, Charlotte finds herself walking a highwire of danger...this killer isn't clowning around!

WARNING! Fans of the series will be particularly shocked by the breathless ending! (though every book can be read as a standalone).

Pineapple Port Mysteries by Wall Street Journal and USA Today bestselling author Amy Vansant, is a funny, clean, and gore-free small-town, female amateur sleuth series, but with all the pulse-pounding excitement of a detective thriller.

Baroness von Chilling took her heart medication and tugged at the nightdress pinching her middle. The cat she’d adopted during her tenure working in the Boudreaux & Bo's Family Circus’ fortune-teller’s tent lay curled on her bed.

Kitty purred as she approached her.

Breathless, Baroness sat resting, preparing for the effort it would take to swing her dry-skinned, dimpled legs beneath the sheets. A sharp clacking noise, something like tiny plastic boulders bouncing down a metal mountain, clattered in the adjacent room.

I thought I turned off the ice maker...

She enjoyed the open feel of her small modular home in The Big Top fifty-five-plus community for retired circus performers, but every noise could be heard everywhere. In her opinion, whoever dreamed up open plan deserved to be burned at the stake.

Whenever she complained, neighbors suggested she close her bedroom door.

As if she hadn’t thought of that.

If she closed her bedroom door, Kitty scratched and howled to get out. If she opened it, the cat went right back to bed. They’d been playing this game since they first met.

Baroness pushed away from the bed, steadied herself on her arthritic feet and shuffled toward the kitchen, hips aching. A lot of good the clairvoyance gift she’d inherited from her mother had done her. If she could have predicted the pains in her eighty-six-year-old joints, she would have put stones in her pockets and walked into the sea at seventy-two.

A voice spoke in the darkness.

Von Chilling gasped and wobbled on her feet, reaching out to steady herself on the back of the sofa.

It wasn’t the ice.

A shadowy figure stood inside her front door, large and triangle-shaped. It took her milky eyes a minute to adjust before she realized the intruder wore robes.

She recognized the stars and moons she’d Bedazzled on the dark fabric decades ago.

“Who are you?” she asked, pointing with a crooked finger. “Be gone before I curse you for eternity.” She used her scariest voice, one heavy with portent and husky with seventy years of smoking. A Romanian accent dripped from every word, though she’d grown up in Newark, New Jersey.

The figure took a few steps forward into the light cast by the moon through her skylight.

More of the face slipped into the glow cast by the streetlights outside her kitchen window.

I do know that face.

“What are you doing?” she demanded to know, convinced no answer could make her feel more at ease.

Baroness turned to run. Hands fell on her shoulders before she’d taken two shuffling steps. Fingers tightened around her throat. She collapsed beneath the weight of her attacker, who rolled her onto her back, pinning her to the ground.

With a knee on her chest, Baroness couldn’t breathe. She squirmed to free herself. She clawed at the thumbs pressing at her windpipe.

The irony of her sudden urge to live wasn’t lost on her.

It was almost funny.

As the darkness closed in around her, she shifted her attention to the bedroom.

Kitty was nowhere to be seen.

The creature she’d saved couldn’t be bothered to do the same for her.

The fingers around Baroness’ throat released, and she took a gasping breath. From beneath the robes, her attacker produced a crystal ball—her crystal ball—and held it above her skull.

The intruder spoke as the crystal ball raised higher.

“Not so powerful now, are you, Baroness?” 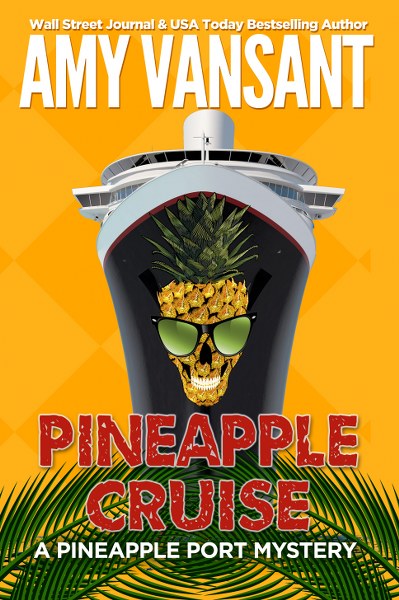 When Mariska trades the brisket she won at “Meat Bingo” for three tickets on the new Gulf Voyager cruise ship, she, Darla and our detective Charlotte enjoy a ladies cruise to Key West. But when passengers start dropping like anchors, they find themselves afloat in the middle of the Gulf of Mexico...and a murder mystery.

Charlotte notices the victims were all sitting at their assigned dinner table...does that mean they're next?

Fans of Agatha Christie’s And Then There Were None will love this cruise-bound caper! 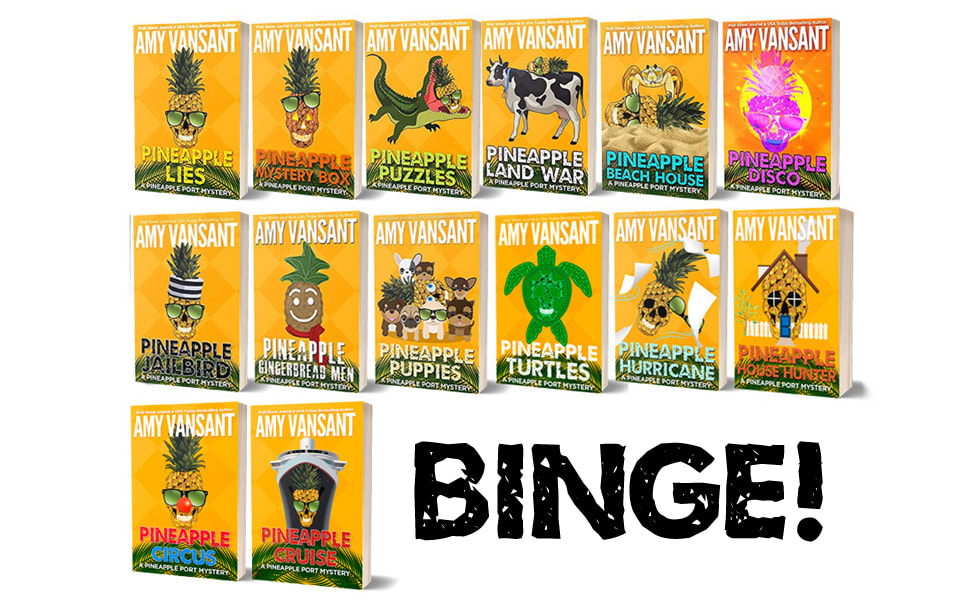 ***Check out the rest of the Pineapple Port Mysteries – some are on sale!!***

"Amy is one of my favorite authors. I highly recommend all of her books. No matter what genre she writes in, she manages to create books that demand that the pages be immediately turned to find out what happened because you really care about the characters." ~ Dianne Harman, USA Today and Amazon Chart #1 Bestselling Author

"Mysteries usually aren't my genre, but Amy does a great job in adding twists, turns and - of course - her humor to every page. For a person like me who finds it hard to pick up a book and keep turning the pages, the fact that I tore through this book from start to finish and am looking forward to the next one speaks volumes." - Author, Rodney Lacroix ⭐⭐⭐⭐⭐

"More than once, I found myself laughing out loud while reading through the story. The character development is good, the humor is unforced. All around, an excellent, lighthearted mystery that I would absolutely recommend." - Amazon Reader ⭐⭐⭐⭐⭐

"One of the best surprise ending I have read.." - Amazon Vine Voice Reader ⭐⭐⭐⭐⭐

"An unlikely friendship and romance develop with moments of levity and hilarious laughter. More than once, I found myself laughing out loud while reading through the story. The character development is good, the humor is unforced. All around, an excellent, lighthearted mystery that I would absolutely recommend." --- Amazon Vine Voice Reader ⭐⭐⭐⭐⭐ 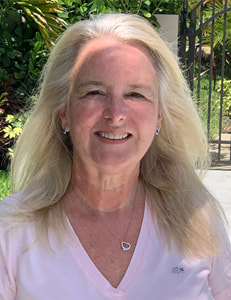 USA Today and Wall Street Journal bestselling author Amy Vansant has written over 20 books, including the fun, thrilling Shee McQueen series, the rollicking, twisty Pineapple Port Mysteries, and the action-packed Kilty urban fantasies. Throw in a couple romances and a YA fantasy for her nieces... Amy specializes in fun, exciting reads with plenty of laughs and action -- she tried to write serious books, but they always ended up full of jokes, so she gave up.
Amy lives in Jupiter, Florida with her muse/husband a goony Bordoodle named Archer.