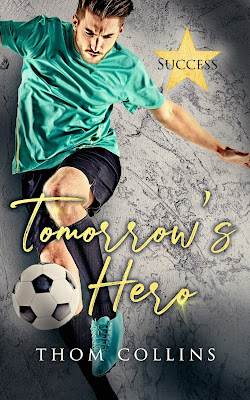 Blurb: A professional footballer with a secret. Can love conquer a lifetime of fear?

On the surface, international football star Fernando Inglesias has the perfect life—his dream career, fame, wealth and a beautiful girlfriend on his arm. At twenty-nine, Fernando has it all, but success is fragile, and one mistake could destroy everything. Fernando has a secret he will never share, something that could destroy everything he’s worked hard to achieve. There are no openly gay male footballers in the professional league, and he has no intention of becoming the first.

Ibiza…the party playground of Europe—a hedonistic island where anything is possible. On a weekend trip with the boys, love is the last thing Fernando expects to find. A chance meeting with Joshua, a handsome English visitor, changes it all. For the first time, he finds himself interested in more than sex from another guy. As Fernando and Joshua grow closer, the stakes are high on both sides as they struggle to overcome their personal differences.

Can Fernando risk his career for the sake of loving another man? 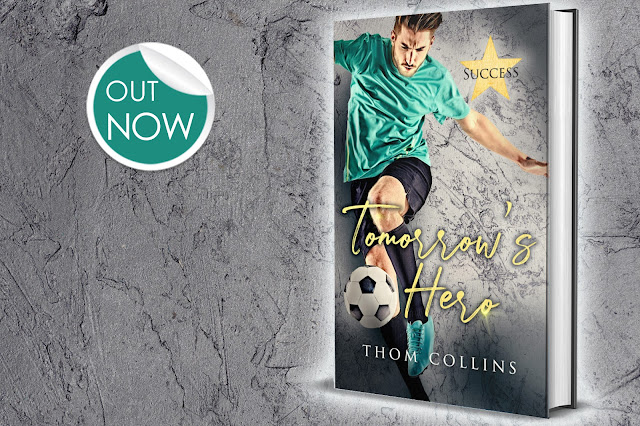 The man appeared to be a little younger than Fernando, perhaps mid-twenties. Though it was difficult to be sure in the blue-hued light of the bar, his skin looked pale. Fernando guessed he was English. He had thick, wavy hair, brushed back from a square-jawed, handsome face. His mouth was wide and his eyes were large and even. He was the most attractive man Fernando had seen since arriving on the island.

The young man appeared perfectly at ease walking around without his shirt. He had the slim, athletic build of a runner—the kind of man who exercised for enjoyment and health, not the pursuit of unattainable perfection. Though, to Fernando, he did indeed look perfect. There was a nice spread of hair across his taut chest and a tantalising trail down the centre of his belly disappearing into his waistband, hinting at the treasures below. He approached the bar and put both elbows on the counter.

Fernando watched, fascinated, as he ordered a beer, taking in the length of his fingers and the dark hair that coated his forearms, and was pleased to notice he had no tattoos or piercings. His stomach was tight and undefined, his hips slender, and Fernando couldn’t miss the outward jut of his solid runner’s arse.

The man, obviously sensing the attention, turned to look at him. Startled, Fernando dropped his gaze, and when he looked again, the man was staring straight at him, his wide mouth raised in a smile. 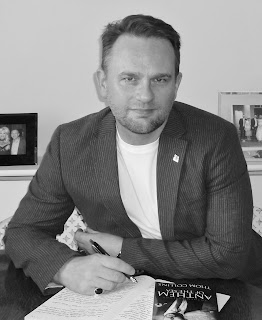 Thom Collins is the author of Closer by Morning, Gods of Vengeance, Silent Voices and the Anthem Trilogy. His love of page turning thrillers began at an early age when his mother caught him reading the latest Jackie Collins book and promptly confiscated it, sparking a life-long love of raunchy novels.

He is currently working on a new novel.

Thom has lived in the North East of England his whole life. He grew up in Northumberland and now lives in County Durham with his husband and two cats. He loves all kinds of genre fiction, especially bonk-busters, thrillers, romance and horror. He is also a cookery book addict with far too many titles cluttering his shelves. When not writing he can be found in the kitchen trying out new recipes. 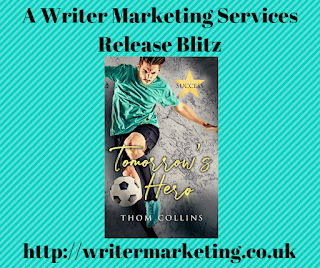