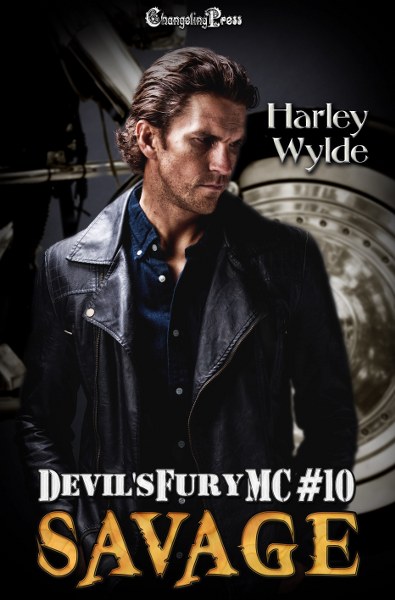 Mariah -- I knew my dad, a Dixie Reaper, wouldn’t understand why I wanted to date a cop. It’s why I’d planned to elope with Ty, until it all went so very wrong. My dad caught me, tossed me into the car, and drove me hours away to the Devil’s Fury. I didn’t know he’d already promised me to someone else. Savage. The Devil’s Fury MC Treasurer. A man who set butterflies loose in my stomach at first sight.

The man might have claimed me as his, but he runs every time we’re in the same room together. I can’t tell if he’s just that turned off by me, or if there’s another woman. Whatever it is, he either needs to let me go, or make me his -- in all ways. I just never expected the surprise left at the gates, and the way it would make my heart break, or the fact my ex would be a lunatic. I should have known life would throw me a curveball. Or two. Nothing is ever easy.

Savage -- Claiming a woman sight unseen didn’t seem like such a bad thing. It wasn’t like I had anyone I wanted to settle down with. The fact she’s two decades younger than me might have given me pause at one point, but not anymore. Then she arrives, spitting and hissing like an angry kitten. I try to do the right thing and give her time. Except clearly that was the wrong thing to do.

I’ll make her realize she’s the only one I want, claim her in every way possible, but first… I need to take care of business. The dirty cop who preys on women and children will be taught a lesson he won’t soon forget. Should have known the daughter of Dixie Reaper wouldn’t shy away from getting her hands dirty and wouldn’t need saving. Not sure how I got so lucky to call her mine, but I’m holding on tight to Mariah. She’s the best thing to ever happen to me.

WARNING: Savage is part of the Devil’s Fury MC and contains bad language, adult situations, dark content, and violence some may find difficult to read. But there’s a guaranteed happily-ever-after, no cliffhanger, no cheating, a super cute little girl, and some adorable kittens.

I looked over at the man who’d claimed me without my knowledge. I couldn’t tell his age, but I knew he had to be closer to my dad’s age than mine. Or maybe somewhere between the two of us. Being with an older man didn’t bother me. Officer Clarke had been in his mid-twenties. Now that I knew he’d been trying to get me away from the safety of my family, I had to wonder why I didn’t question his attention. Grown men didn’t typically date teen girls. I might have been surrounded by couples who were anywhere from eight years to a few decades apart in age, but none of them had been minors. Well, not quite. Technically Torch had claimed Isabella when she’d been seventeen, but he hadn’t touched her until she’d become a legal adult.

A slight smile curved Savage’s lips. “Of course, baby girl. I have the spare room set up for you. It’s hanging in your closet.”

I’d already let one man run over me, and I wasn’t about to make the same mistake. Letting Tyson have complete control over our relationship had nearly gotten me kidnapped. I knew Savage wouldn’t do anything of the sort, but I didn’t want him to think I was a pushover either.

I folded my arms. Once again, people were planning my life and I was supposed to sit on the sidelines and follow instructions. I didn’t like it and wondered just how far I could push him. What would it take to make him crack?

Clearly, I had no choice in being his. I knew how sh*t worked with the clubs, and my dad had as good as sold me to Savage. Walking away wasn’t an option. It wasn’t that I didn’t find him attractive. Any woman with eyes would admire him. Still, it didn’t mean I had to be a doormat. Could I fluster the big guy? “And if I don’t want a spare room?”

He stood abruptly and backed up a step, shaking his head. “Nope. Not going there until you’re older. Until you’re a legal adult, you’re staying in the guest room.”

Oh, this was good. No, it was excellent. I loved the dread flashing in his eyes and nearly smiled. I pulled out my phone and searched the Internet for age of consent in the state of Georgia. When I found the answer, I showed it to him. “Says right here age of consent in this state is sixteen.”

Savage looked to my dad with a panicked expression. “Help me out here, Venom.”

My dad lifted his hands and backed all the way up to the doorway. “Not going there. She’s now your problem. But I’ve got to say, if the two of you do have sex, I don’t want to hear about it. Ever. Not even ten years from now when she’s nearly thirty. Far as I’m concerned, she’ll be a virgin forever and any grandbabies you give me will be from an immaculate conception.”

I rolled my eyes and ignored my dad. For such a bad*ss, he became extremely squeamish when it came to his girls and certain topics. If I weren’t the subject of today’s trip down the road of denial, I’d have found it hysterical.

Looked like I’d have to prove to Savage I could handle him, and the Devil’s Fury. Heaven help me. I wasn’t sure I was up for the task, but I’d d*mn sure try. 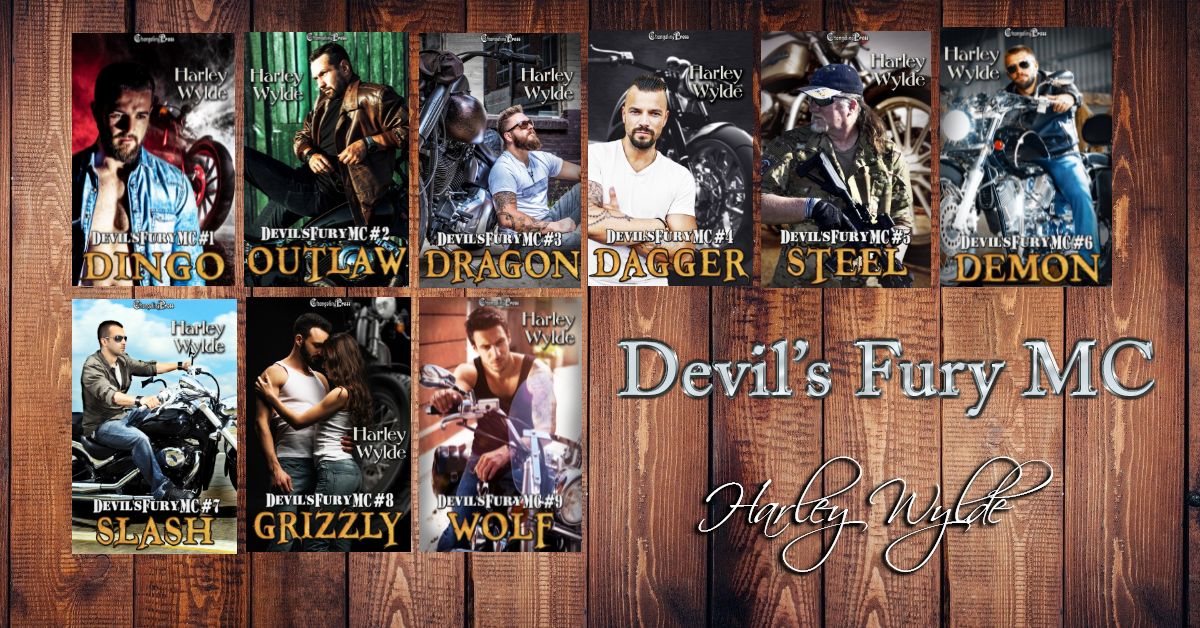 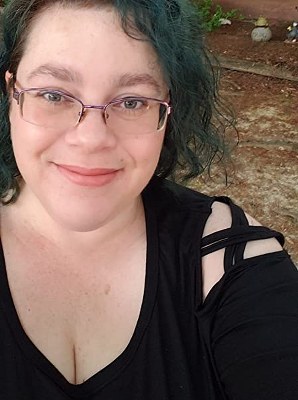 When Harley‘s writing, her motto is the hotter the better — off the charts sex, commanding men, and the women who can’t deny them. If you want men who talk dirty, are sexy as hell, and take what they want, then you’ve come to the right place. She doesn’t shy away from the dangers and nastiness in the world, bringing those realities to the pages of her books, but always gives her characters a happily-ever-after and makes sure the bad guys get what they deserve.

The times Harley isn’t writing, she’s thinking up naughty things to do to her husband, drinking copious amounts of Starbucks, and reading. She loves to read and devours a book a day, sometimes more. She’s also fond of TV shows and movies from the 1980’s, as well as paranormal shows from the 1990’s to today, even though she’d much rather be reading or writing.

You can find out more about Harley or enter her monthly giveaway on her website. Be sure to join her newsletter while you’re there to learn more about discounts, signing events, and other goodies! 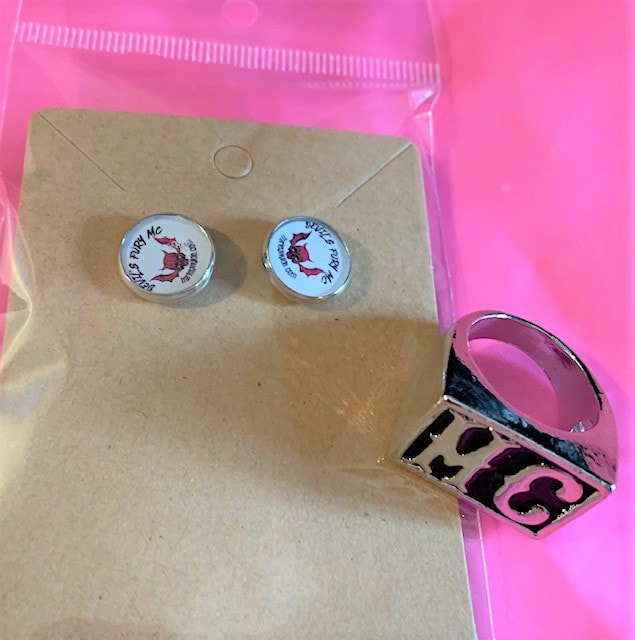