Title: To Catch a Fallen Leaf

Take one shy French gardener, mix in a naughty aristocrat, add a splash of water, a dash of sunshine, and wait for love to grow.

If only it were that easy.

Reuben Costaud counts his blessings daily. His run-in with crime is firmly behind him. He has a wonderful job gardening on the Rossingley estate, a tiny cottage all to himself, an orphaned cat named Obélix, and a friendly bunch of workmates. The last thing he needs is a tall, blond aristocrat strolling across the manicured lawns towards him.

Falling in love is not part of his plan.

Viscount Aloysius Frederick Lloyd Duchamps-Avery, Freddie to his friends, is in big trouble with everyone, from his father and his modelling agency, to his controlling older boyfriend. Seeking solace and refuge, he escapes to Rossingley and his adored cousin Lucien, the sixteenth earl. To take his mind off his woes, Lucien finds him a job with the estate gardening team.

Mutual attraction blossoms amongst the gardening tools, and Freddie charms his way through Reuben’s defences. But as spring turns to summer and Freddie’s London life collides with their Rossingley idyll, Reuben’s trust in him is ruptured. Will their love flourish or is it destined for the compost bin?

To Catch a Fallen Leaf is a full-length MM contemporary romance, the second in the Rossingley trilogy.

To Catch a Fallen Leaf
Fearne Hill © 2021
All Rights Reserved

“Oh, baby doll, for goodness’ sake! Please, please, please. Could we ensure this be the last time I have to put up with all of your ridiculousness?”

Disappointment is the inevitable result of a mismatch between expectation and reality. Vincent expects me to never get drunk, never embarrass him in public, and never, ever, ever vomit over his shoes outside a smart London restaurant.

The reality, of course, is that I’m a twenty-five-year-old male model. I like booze, I like to occasionally snort coke, I say stupid things in front of people I shouldn’t, and sometimes, all of those combined, lead to unexpected chundering episodes outside smart London restaurants. So, I can’t be blamed if Vincent chooses to put his burgundy Lobb penny loafers in the path of the contents of my stomach.

I am fully cognisant of the reasons Vincent endures these occasional mishaps. Being a minor member of the aristocracy helps. In addition, my father, a well-known and respected politician, is perfectly placed to further Vincent’s own eventual political ambitions. But, most importantly, Vincent is a sucker for eye-catching arm candy. I’m not the first pretty piece of fluff he’s moved into his Belgravia apartment, but I’ve stayed the longest. While I’m definitely pretty, I also have financial independence and a first-class degree from Cambridge. Thus, he finds my company tolerable.

What’s in it for me is more complex. Despite occasional debauched one-night forgettables when I’m working abroad—to which Vincent turns a blind eye—I’m a sucker for a steady relationship. Unless I’m travelling for work, I prefer waking up in the same familiar bed each morning. I enjoy the finer things in life, such as sharing good food in decent restaurants and trips to the theatre with an educated partner.

My adorable cousin, Lucien, believes my predilection for older men comes from a deep-seated desire to be cared for, seeing as Father left that responsibility entirely to my boarding school after Mother died. According to his theory, my monogamous tendencies are an unconscious rebellion against Father’s complete lack of fidelity towards my mother. He’s probably right on both accounts, explaining how I muster a coquettish smile as I watch forty-something Vincent, in his pristine white Y-fronts and sock garters, select a double-breasted Hawes & Curtis suit from his walk-in wardrobe. Even though the zipping of his fly and the clack of one wooden coat hanger against another is enough to make my head reel and my guts threaten a repeat performance.

Rolling over in bed, I clamp a goose down pillow over my head in an attempt to shut out the morning sunlight.

“Sorry about last night, Vincent,” I mumble from underneath the pillow. “I possibly overcooked things a little. The end of a busy week, I guess, and I probably didn’t eat enough dinner with my wine. I’m not sure I ate at all yesterday, now I think about it—it was a long photo shoot.”

There’s a slithery sound as he selects a tie. Time stands still; I wish he’d bloody get on with it and clear off, so I can retch over the loo in peace.

“Yes. Well, whatever, baby doll. I have to dash; I’m chairing a meeting of investors at nine, and I can’t have that derailed by your foolish antics.”

He looms over me, all expensive sandalwood and minty freshness. In a bespoke suit, which hides the paunchy bit around his middle, Vincent is a good-looking guy. He still has a full head of dark hair; any flecks of grey only serve to accentuate his air of suave sophistication. Despite himself, he smiles as he pecks my cheek.

“You are going to be the death of me, young man,” he murmurs. “Try to stay out of trouble. Drink plenty of fluids and take an aspirin. You can make it up to me tonight.”

I recall that it’s Tuesday and manage to stifle my groan at least until the front door slams. Oh joy. Deep, deep joy. To say we have a regimented sex life would be affording the military a degree of precision they can only dream of emulating. On Tuesdays, Thursdays, and Saturdays, at the stroke of twenty-two hundred hours, Vincent switches on the BBC News and swallows down 50 mg of Viagra with a small glass of San Pellegrino (one cube of ice). He doesn’t know that I know about the Viagra. The gravitas of the opening theme tune is my cue to go and “freshen up, baby doll,” which is Vincent doublespeak for reacquainting my arse with the nozzle of the shower hose. I am then expected to drape myself seductively across our enormous bed in the master suite, with a fresh towel under me, and await his presence.

I used to like my sex spontaneous and messy. I still do. Because, occasionally, smelly, sweaty, imprecise, surprising, and even disappointing sex can unexpectedly turn into joyous, forgiving, funny, and tender sex. Not loving sex. I haven’t experienced that yet, although I remain optimistic. I’ll take all of the above over predictable any day. And—not to put too fine a point on it—I quite like topping. Turn and turnabout is okay if the mood takes me, but really? Always bottoming? Not so much. Some guys love it; for some of my friends it’s a race to the bottom, but I’m prepared to share the love around. Unfortunately, Vincent’s arse only opens once a day, around 6:45 a.m., as part of his shit, shower, shave routine. After that, it’s locked tight as an oyster shell, whereas I’m expected to roll over and take it, and take it, and bloody take it. I usually manage to reach orgasm (ejaculating carefully onto the towel, naturally), but only because I’m young, horny, and excellent at conjuring up visions of myself ploughing into some raven-haired, faceless beauty, while Vincent happily labours above me.

The thing is, I could put up with being called baby doll. I could put up with the bad sex. I could even put up with being told what to wear and when to wear it. But there is one thing that really sticks in my craw: My boyfriend’s close friendship with my father. Around once a month, they share lunch at my father’s club, when I imagine, along with plotting world domination and very visible, showy acts of philanthropy, they enumerate my varied shortcomings, sighing wistfully at each other: “If only Aloysius could… If only he would…” etcetera, etcetera. (My real name is Aloysius; thank God, my second name is Frederick.) And then, after a manly handshake, they part ways; my father returns to pontificating in the House of Commons, and Vincent returns to whatever he does in that enormous office of his in Mayfair. 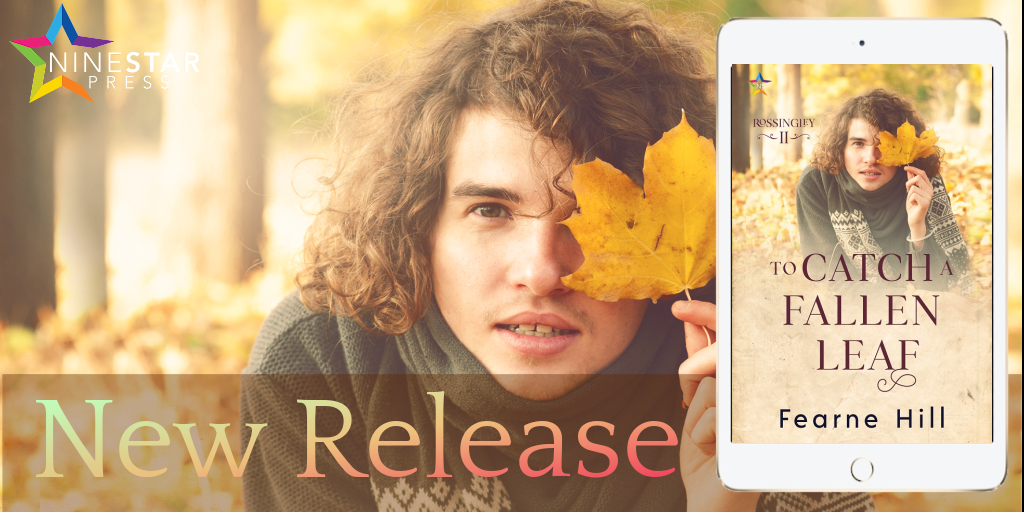 Fearne Hill lives deep in the southern British countryside with three untamed sons, varying numbers of hens, a few tortoises, and a beautiful cocker spaniel. When she is not overseeing her small menagerie, she enjoys writing contemporary romantic fiction. And when she is not doing either of those things, she works as an anesthesiologist.