What are four things you can’t live without?

What is your favorite television show?

If you could be any character, from any literary work, who would you choose to be? Why?

Gandolf, from Lord of the Rings, because he sees the big picture and is both above the adventure and part of it. And he saves the world, yet has to leave it as a result. I like that kind of sacrifice.

What have you got coming soon for us to look out for?

What books or authors have most influenced your own writing?

Dickens, Tolstoy, Proust, Falubert, Erich Maria Remarque, Ray Bradbury, Kurt Vonnegut—too many to mention. Ideally, every writer you read should have an influence, should teach you something, whether large or small, good or bad. Athletes train hours a days, and that allows them to perform at their best. A writer’s training is reading. 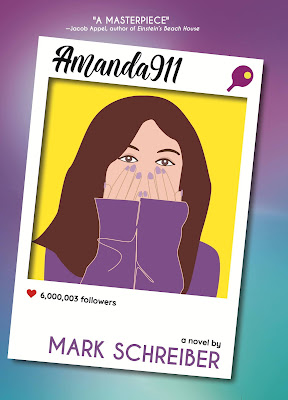 “Sixteen-year-old Iowa schoolgirl Amanda Dizon may be the nation’s most unremarkable teenager, until she falls down a well and finds herself instantaneously transformed from irrelevant to influencer.  Mark Schreiber’s sly, rollicking masterpiece, Amanda911, follows Amanda’s escapades and sends up the craven, fame-obsessed virtual culture of today’s adolescents.   As insightful as Dickens and as innovative as Heller, Schreiber is the definitive satirist of the social media generation.”—Jacob M. Appel, author of Einstein’s Beach House

Falling down a well was both the best and worst thing that ever happened to my granddaughter.

She was a Disney princess to me, but a comic sidekick to her classmates, who’d never been

kissed by a boy—or I suppose by a girl—been asked to a dance, or chosen for any role in a school production that did not conceal her face.

Most people under twenty probably don’t know what a well is.

Haven’t seen one. Probably think it’s just something you say when you need to buy time, like like, or when someone asks you how you’re feeling, although I guess these days everyone says good or OK, or nothing at all, opting for an emoji instead. Do kids even talk anymore, in the crowded loneliness of their bedrooms? Did Amanda even scream when she fell down the well? Or did she just send a screaming emoji?

So, when millions of kids all over the globe saw the headline, they shared via social media:

More than plenty had to Google well to comprehend its meaning.

I’m sure she got at least half a million hits just from image searches that returned a picture of an oil rig in the North Sea. Geez, her international peer group must have thought, or words or emojis to that effect. A girl has fallen thousands of feet smack into a tidal wave. I hope she’s more Kate than Leonardo. 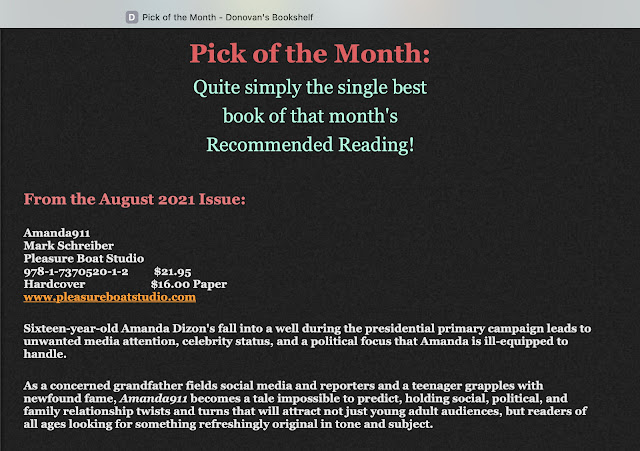 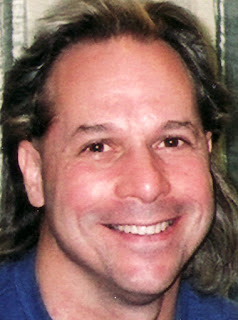 Mark Schreiber was born in Cincinnati, Ohio in 1960, graduated high school at age fifteen and began writing novels full-time. Princes in Exile, which explores a prodigy’s struggle to accept his own mortality at a summer camp for kids with cancer, was published in 1984 and made into a feature film in 1991. It has been published in ten countries, received two awards in Europe and was shortlisted for the Austria Prize. Carnelian, a fantasy, was published by Facet in Belgium. Starcrossed, a rebuttal to Romeo and Juliet, was published by Flux and translated into French and Turkish. His illustrated science book, How to Build an Elephant, was published as an Apple app by Swag Soft. He has written over forty books and received two State of Ohio Individual Writer Fellowships. For the last seven years he has been a digital nomad, living on four continents. He currently resides in Costa Rica.

via rafflecopter will win a $50 Amazon/BN.com gift card.