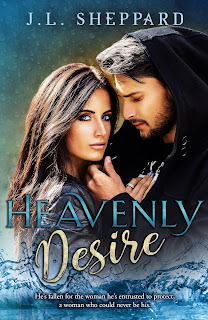 Heavenly Desire
Elemental Sisters
Book Three
J.L. Sheppard
Genre: Paranormal Romance
Publisher: Jeanette L. Sheppard
Date of Publication: October 1st, 2021 2nd Edition
ISBN: 978-1732218154
ASIN: B09D37X1MC
Number of pages: 330
Word Count: 84,607
Cover Artist: Victoria Miller
Tagline: He’s fallen for the woman he’s entrusted to protect, a woman who could never be his…
Book Description:
Jade Ashley has a past she desperately wants to forget and a destiny she isn’t yet aware of. That changes when she meets Clyde, who saves her and inadvertently exposes her extraordinary abilities. She soon learns he’s her guardian angel sent to reunite her with her long lost sisters, who, like her, are part of a new breed of immortals prophesied to determine the outcome of the upcoming war.
Clyde battles the one thing that will lead to his fall from heaven—his newfound emotions, forbidden among his kind. Nonetheless, the Angel Lords promise to promote him to warrior when he completes his last assignment—to find Jade. But finding her, seeing her in the flesh, sparks a new emotion, an emotion too powerful to put into words. For the first time in two thousand years, he curses his existence, knowing she’ll never be his.

After a moment, she pressed her full lips against his cheek.
It was an innocent kiss. There was no passion behind it, but an unconscious, consuming need, one he’d never felt, swelled inside him—desire. Exciting, overwhelming, and terrifying, blocking logic and reason.

All he wanted then—a kiss, a real one. How would her lips feel against his?

To want what he did and feel what he felt was absurd, ridiculous, and confounding.

Carnal desires were for others, for all others except his breed, and yet he felt it so deeply it seared him.

The desire that gripped him didn’t release him, even after she unhooked her arms from around his neck and the warmth of her body melted away.

There he stood, immobile, battling the desire she’d ignited. He didn’t want to leave yet knew he had to before he did something he’d regret.

He willed his body to move. Finally, he placed one foot behind the other, stepped back, turned, and strode away, praying the yearning he had no right to feel for a woman who’d never be his would fade. 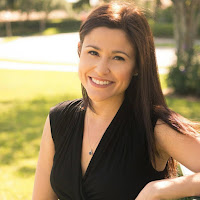 J.L. Sheppard was born and raised in South Florida where she still lives with her sons.

As a child, her greatest aspiration was to become a writer. She read often, kept a journal, and wrote countless poems. She attended Florida International University and graduated in 2008 with a Bachelors in Communications. During her senior year, she interned at NBC Miami, WTVJ. Following the internship, she was hired and worked in the News Department for three years.

It wasn’t until 2011 that she set her heart and mind into writing her first completed novel, Demon King’s Desire, which was first published in January 2013. 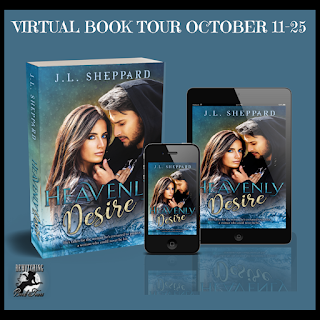