Loved By a Kraken Tour and Giveaway 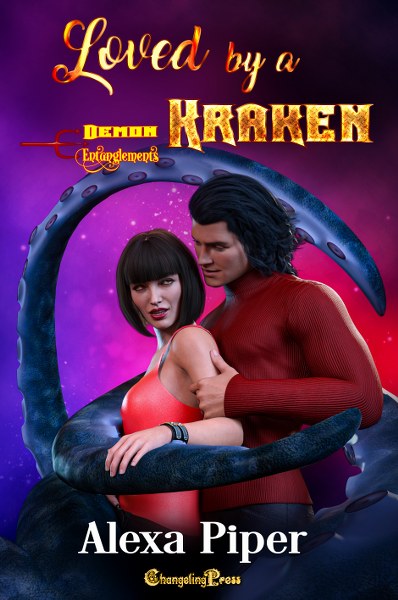 Loved By a Kraken

Fian needs to find a suitable plus one for his brother’s wedding, and since his demon brother is marrying a human, Fian decides to bring a human to the wedding as well. If he gets lucky, he might even find one who isn’t dull or dumb.

Kiara gave up her life in the city to move to a small town where she sells jams, except she isn’t sure why she did that. Coding was her love, and jams were not. Then, just after she broke up with her ex because he cheated on her, a handsome stranger walks into Kiara’s store and from there straight into her dreams.

While Fian discovers humans come in more flavors than he had thought, jealous witches close in on Fian and Kiara. Will the coder and the demon be able to find love despite the wicked magic? And are tentacles still amazing outside of dreams?

Praise for Loved by a Kraken (Demon Entanglements)

"The second book in the Demon Entanglements series and the first book I have read in this series. It is a well written short story that I enjoyed reading. Fian's big brother Mikano is getting married to a human so he decides he wants a human woman as his plus one. He meets jam maker Kiara, but in the town she has moved to all is not right. I found myself laughing as I read this story."

"Loved by a Kraken was a wonderful love story filled with fantastical creatures and places. Fian was the best character of them all and made the book worth reading. Ms. Piper takes a different twist to the shape-shifter romance while also providing action and adventure."

Fian looked out over the sparkling ocean that sat like a bowl of diamonds beyond the shores of the Morpheus-Realm. In his human form, he heard the waves come crashing in and recede like an eternal, rhythmic drumbeat. Fian reached for a smooth teal rock the surf had dragged in and tossed it toward the lapping water. It fell short.

“Fuck it,” Fian said. He could feel the anger shift his skin color from normal human to blues and greens. “I’ve had enough of that pompous ass.”

The pompous ass in question was Fian’s brother, just as demonic as Fian, but much prettier with his shark skin and sleep-deep mako eyes.

They had met two hours earlier at the carnival, upon Mikano’s request. Fian had assumed it had something to do with the Human Liaison Unit Mikano was a member of, a band of singularly skilled demons who helped other demons with measured demonic behavior so that humans could continue to believe the demons of the Morpheus-Realm were, in fact, just things that popped up in their dreams.

In the Morpheus-Realm, the rules of physics and reason were somewhat malleable, though Mikano could have explained the metaphysics perfectly, could have even given a mathematical example. The carnival was bright with colorful balloons and demons that could shape their limbs like stretchy dough. One could hop into a large soap bubble and find themself drifting over the spectacle until it broke and cotton candy -- brightly pink and sticking sweetly to one’s skin -- broke one’s fall. Eel demons drew electric sparks from their bodies and formed them into animals that walked or flew or breathed fire. A jellyfish demon read the dreamers’ palms and told their fortunes while her hair remained shifted to the ephemeral and luminous veil of her demonic jellyfish self.

Fian and Mikano had opted for the Ferris wheel rather than sharing a soap bubble. It was always entertaining to watch dreamers squeal when the bubbles broke, and the Ferris wheel offered a clear line of sight. Mikano was munching away on a bucket of caramel popcorn.

“So what did you want to talk about?” Fian knew Mikano was smug in the way only older demon brothers can be, but he’d looked especially smug today.

As it had turned out, his sharp-toothed brother had found a human -- a surfer of all things -- for whom Mikano had fallen, fins over teeth. Fian had no explicit intel on the surfer’s feelings, but since Fian had been roped in as Mikano’s best man for a kitschy beachside wedding, he supposed there was at least exasperated defeat there. Nightmares knew exasperated defeat was Fian’s default when it came to feelings about Mikano.

Fian, thinking over the meeting on the Ferris wheel while the ocean in front of him looked calm as ever, reached for another rock, deep vermilion and blood warm. His agitation made his hand shift and the suckers of his kraken nature appear there. The rock tasted of salt and darkness. He tossed it, but he couldn’t quite detach his suckers in time, and the rock just slammed into the surf-wet beach, a half a tentacle length short of the teal one. 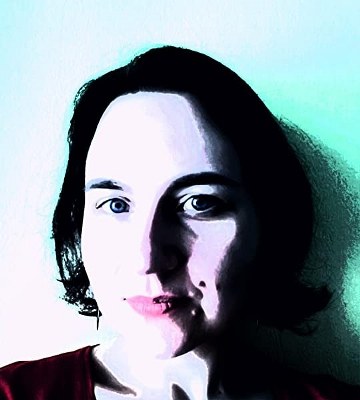 Alexa Piper writes steamy romance that ranges from light to dark, from straight to queer. She’s also a coffee addict. Alexa loves writing stories that make her readers laugh and fall in love with the characters in them. Connect with Alexa on Facebook or Instagram, follow her on Twitter, and subscribe to her newsletter!