Dare used to be the kind of person everyone wanted to be around, the man friends begged to attend their events and relished in his company. However, that was when he was a prince. Now that he’s been captured and confined to the prairie, he’s become the person everyone hates, and it’s a hate he believes he deserves.

But he can’t help hoping he might find at least one friend.

Magic has a convoluted way of answering wishes, and unfortunately, the answer to Dare’s wish might destroy the prairie and every last thing he still holds dear.

Dare hadn’t been given a choice about living on the prairie, but he was doing his best to embrace the life he had. Admittedly, he admired the way of life the villages had created over the last ten years he had been living among them, traveling from village to village. They had grown from separate entities to a cohesive whole that worked together to ensure their survival on the harsh prairie. His life now was completely different from his pampered childhood.

Oakville was the only village on the prairie with access to a forest. The trees were tall and stately and had a nasty habit of lifting their roots out of the ground to trip people as they were walking by. Over the last three weeks, while visiting Oakville, Dare learned to automatically raise his feet high as he walked so he didn’t faceplant.

The villagers were only allowed to cut down a few trees a week with the permission of the prairie. Dare had become part of a very convoluted dance. Every spring, the villagers collected seedlings that had been blown out onto the prairie the previous fall. Those seedlings wouldn’t survive the summer buried underneath the tall grass. Then, before chopping down anything in the forest, the villagers asked the prairie which trees were suitable. Cutting the trees could be harrowing in a forest that had been known to fight back on occasion. The villagers planted one of the seedlings where each old tree used to stand, where they would grow to replace the trees the villagers took.

All the cut wood was eventually distributed throughout the villages in the prairie so they could continue building whatever new homes and businesses they needed. In return, Laketown and Farmtown sent the food they produced. Every village had a purpose on the prairie; as long as Oakville continued to send wood out to the other villages, they would in turn receive the things they needed.

If only the villagers had chosen to be equally pragmatic about Dare’s presence.

“Here’s the rations you worked for,” Olaf said as he ambled into the cleared area. He was careful not to step on any of the seedlings Dare had just planted. Dare took the bag Olaf was holding out to him. A quick glance inside showed a large loaf of bread, a smaller wheel of cheese, and some leafy green things poking out below that.

Dare wasn’t surprised there wasn’t any meat in the bag. Livestock were needed to pull the heavy trees; there weren’t any whose meat could be sacrificed for food. A new village was in the process of being constructed where all sorts of livestock—oxen for the plows and wagons, chickens for eggs, cows and goats for milk and cheese, and sheep for wool—would be kept. With an active surplus from that village being sent out to all the villages, more animals could be used solely for the meat. Until then, Dare and the rest of the villagers lived on a vegetarian diet.

“I was hoping to spend the night and leave in the morning,” Dare began but stopped when Olaf shook his head in denial.

“It’s past time for you to move on to another village, boy,” Olaf said firmly. He turned and walked away, leaving Dare alone in the forest. The rest of the people he had been working with had snuck off while Olaf was talking.

Dare let out a heavy sigh. He would never get used to this. The feelings of abandonment, the churning in his stomach, and the tightness in his chest every time he thought he might be welcomed but was sent away instead. It hurt so very much, but at least he had learned not to cry about it.

Of course, he understood why. He had been a terrible little shit his first year on the prairie. He may have been eighteen years old at the time, but the way he had acted, he might as well have been a child. He had somehow managed to grow up during the last ten years, but the damage had already been done.

Dare was a prisoner of war. Before that, he had lived a life of luxury with his every want and need catered for him. As the prince and heir of the throne of Ammet, the kingdom to the north of the prairie lands, he had been spoiled horribly. Political machinations by the Wizard’s Council that helped rule Ammet had convinced King Mitchell, Dare’s father, to include Dare with the invading troops sent to subdue the prairie. The invasion had failed with terrible consequences. Nearly a thousand men and women had been eaten by the prairie, but Dare had been saved to be a pawn in his uncle Russell’s revenge plan and abandoned in First Village.

Going from luxury to learning how to earn rations had been completely lost on him. When food wasn’t delivered at regular mealtimes, he had thrown tantrum after tantrum until he’d almost starved to death. George, the leader of First Village, had literally tied him to a chair and spoon-fed him soup until Dare recovered. Then George had put a small, palm-sized basket, woven from thick grass, into Dare’s hands and told Dare to fill the basket with precious stones. One full basket meant three meals each day.

Dare had done it, not realizing that leaving the village to walk in the wild prairie was one of the most dangerous jobs in the entire village. He had gotten food and he had watched and learned the way the village worked. Everyone had a task to accomplish each day to earn their keep. No one, George included, was simply given anything for free.

Learning the ways of the prairie was a painfully slow process, but Dare had eventually done it. His airs and spoiled attitude had taken years to throw away. He had felt freer ever since, but by the time the lessons had hit home, it was far too late for him to be accepted. His poor behavior early on had ensured that.

The younger kids in First Village used to dare each other who could prank Dare the worst. Stealing his clothes on washing day and forcing him to return to the village naked. Running into him when he had a full basket, often stealing the basket and the gemstones he had filled it with and ensuring he wasn’t eligible for food the next day. Eventually, they had grown in both age and ability, and Dare had to learn how to defend himself against knife attacks. The dares grew worse and worse until Dare had fled from First Village in desperation.

Yet, the stories of his terrible attitude had spread. He took a new name—he was no longer Prince Michael, even in his own mind, and calling himself Dare seemed poignant after all he had suffered—but people still knew him regardless of what he called himself. He traveled from village to village, staying in each one for only as long as his extra pair of hands and strong back were useful, until he was sent on his way again. After five years living in First Village and five years wandering, Dare wasn’t welcome anywhere.

Well, Dare thought firmly to himself as he tucked his bag of food into his pack with his other personal belongings. That’s life now. Where should I go next? He pulled his sword belt down from the low branch he had hung it on that morning and settled it into place around his hips. The last vestiges of his previous life hung in his sword. He wasn’t trained to use a knife, and his magic wasn’t offensive in nature, only defensive: a sword kept him safe so Dare held on to it.

He hadn’t been east in a while. Over a year had passed since he had last worked for a few short weeks at the village near the Great Bone Canyon. Hopefully, they would be ready to stomach having him nearby for a while again.

Dare took a deep breath, then turned so his back was to the setting sun and started walking 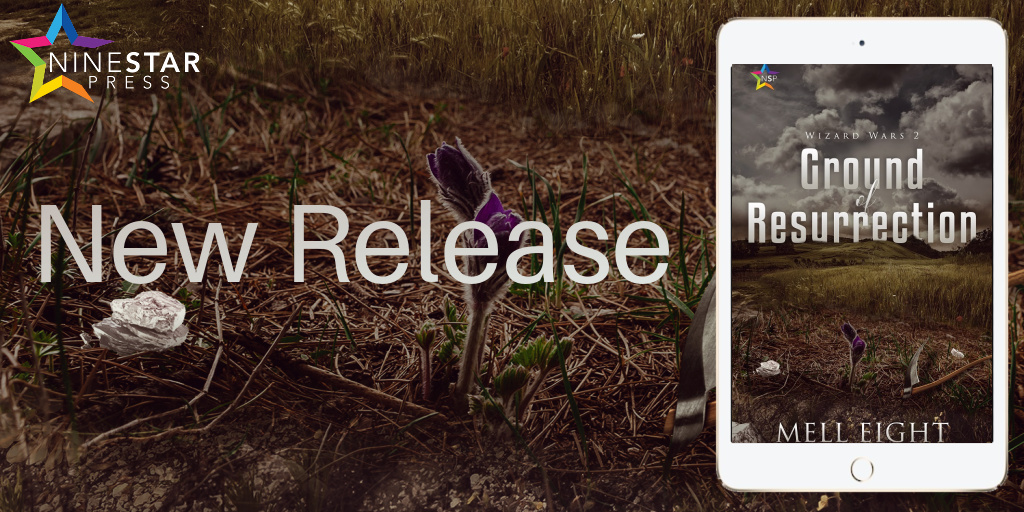