When his father died, David Mulkerin gave up teaching in Sydney to come home and run the family farm in western NSW. He is driven by personal demons and family tragedy to see it through, despite his love of teaching and the ongoing drought and debt.

When David meets the new local doctor Martin James, there is a meeting of minds and dark pasts. Martin is intrigued by David’s closed demeanour and makes an effort to reach him. They strike up a friendship, able to understand the pain in each other’s past. When David discovers that Martin is gay, he feels duped and betrayed, but the revelation forces him to confront what it means to love someone and how sometimes we don’t get to choose.

Something Else
Alicia Thompson © 2021
All Rights Reserved

He’d felt the pull, but there was no pain. Yet. Only the livid blood running through his fingers, dropping to the ground like seed. Grabbing his wrist, he ran back to the cab of the ute, found a rag in the glove box, clutched it in his hand. The fleshy part of his palm just below the thumb was beginning to throb.

He walked back to where the cows were chewing the hay he’d torn apart. Shaking out that last biscuit with his good hand, he found the culprit. A jagged piece of fencing wire. Bastard. Better him than one of his cows.

By the time he’d driven through three sets of gates and juggled numerous gear changes, the pain was like a blade pushing through his palm to his wrist. He consoled himself that in his own experience the smallest wounds often hurt the most.

He ransacked the cupboard under the bathroom sink and found cotton wool and a roll of bandages. No Dettol. Reefing everything out onto the floor, he found a small can of antiseptic spray rolling around the back of the shelf. It was rusted and useless.

Still clutching the dirty rag in his hand, he headed out to the kitchen. He wasn’t much into hard spirits, so the ancient cooking brandy used for his mum’s Christmas cakes would have to do.

Back in the bathroom he slowly pulled away the rag. It grabbed where it had stuck to the wound and fresh carmine welled up through the rusty-brown muck. He turned on the tap and before he had time to think about what was coming, thrust his hand under. It was times like this he realised how limited his repertoire of swear words actually was. Catching him once, his mother had said, “That’s a lovely conjugation, dear, now take it outside before I belt you round the head.”

He could now see the extent of the damage: a gutter of open flesh, torn to a long triangle at the end, black in its depths. He glanced at the brandy bottle. Shit. He hugged it to him and unscrewed the lid. He was about to pour it when he chickened out and took a big slug instead. Then another. Gritting his teeth, he poured the rest into his hand.

Fang lay where he’d been left, staring through the screen door on the front verandah, his head on his paws, his ears pricked. The tan dots above his eyes gave him a perpetually surprised look. An anguished howl roared down the hallway. He lifted his head and waited. 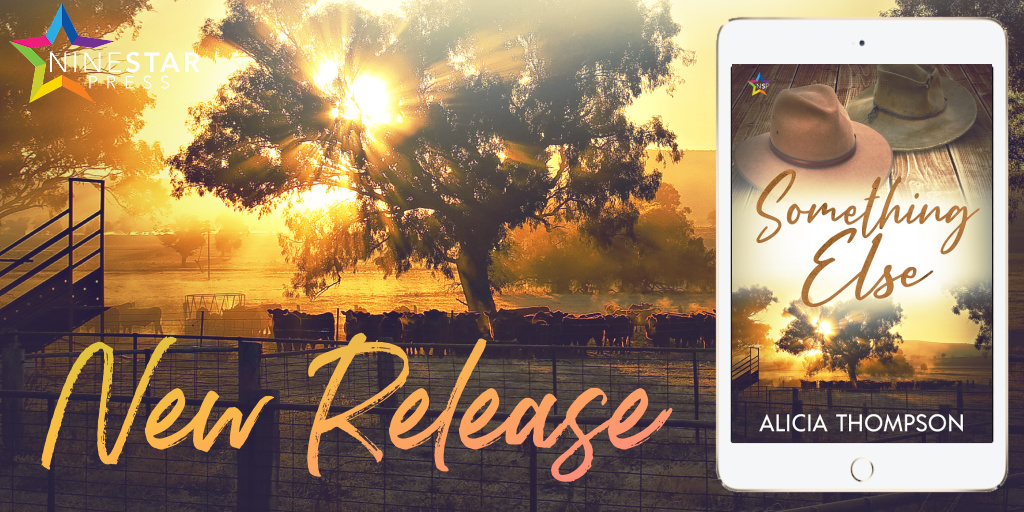 Alicia Thompson grew up on a farm in country NSW. She has a Masters in Creative Writing from UTS along with some financial and accounting qualifications. She has worked as a bookkeeper, photographer, editor, adventure tour leader in the Middle East and China, business analyst, writing teacher and general herder of cats. Her published work includes numerous book reviews, travel articles, and short stories. She lives and works in Sydney. More can be found on her website www.aliciathompson.com.au.