Songs From the Wood Tour and Giveaway 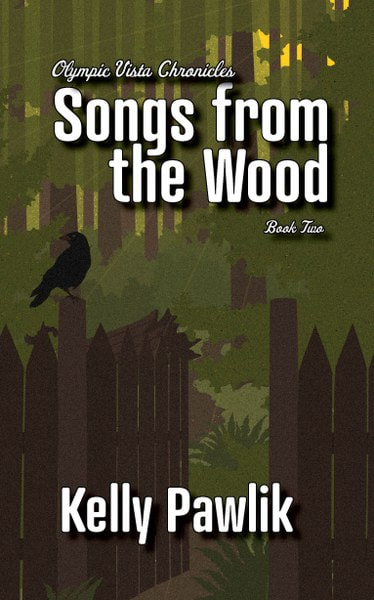 Songs From the Wood

Delve into the mystery of the strange, small town of Olympic Vista, WA.

In the days following a foray into a dilapidated house, twelve-year-old Darius Belcouer becomes desperate to find another unexplained phenomenon to investigate.

When animal attacks around town are reported in the news, Darius and Adelaide band together to solve the mystery. The trail leads them into the forest beyond Adelaide’s house where the pair discover that much like the small town itself, nothing in the woods is as it seems.

An eager new kid, a deadpan music-lover, a fast-talking troublemaker, an anxious bookworm and a girl torn between popularity and adventure. Follow this group of friends as they delve into the mysteries of their small town while juggling the trials and tribulations of their home lives.

Songs from the Wood is the sequel to Yesterday’s Gone, and the second novella in the Olympic Vista Chornicles.

Praise for the author:
“Pawlik has a flare for writing about this period and I could truly visualize the eighties vibes through her description of music, fashion and even food.”

Pick up your copy today and join this motley group of friends as they journey into the strange!

Adelaide worked through her math assignment. Her stomach rumbled as she closed her textbook. As if on cue, there was a small knock and the door to Adelaide’s room opened. Her mother poked her head inside.

“So, I was thinking grilled cheese sandwiches for dinner.” Belinda smiled. “I can start them now. What do you think?”

Adelaide looked at the list of songs she had compiled and set her pencil down. “Sounds good. Why don’t I keep you company?” Adelaide offered.

“Oh, you don’t have to, baby! I can putter away all by myself,” Belinda assured her in her bubbly voice.

“I want to,” Adelaide insisted. On rare occasions Belinda had the urge to cook and on these occasions the house smelled like burnt. Burnt toast, burnt soup, burnt grilled cheese sandwiches, burnt frozen pizza, or burnt eggs. Always burnt. “Why don’t I put on the music?”

“Oooh, yes! I love when you pick the music,” Belinda praised.

“Thanks, Mama,” Adelaide said as she gathered up her song list and followed her mother downstairs. “I’ll be there in a second, Mama.” She stopped in the living room, crouched down and flipped through her mother’s record collection. Adelaide pulled out She’s so Unusual by Cyndi Lauper, set it to play and turned it up.

Adelaide walked into the kitchen and nodded at the volume of the music. It was perfect, unlike the state of the kitchen. Breadcrumbs were scattered across the dark green countertop next to the toaster. Several coffee mugs, two plates and a bowl were in the sink. The floor was a mess of food debris.

“I love this one, great choice.” Belinda beamed at her. She had already buttered slices of white bread.

Adelaide smiled as her mother took a jar of Jalapeño Tex-Mex Cheez Whiz out of the fridge and smeared liberal amounts of it across the slices of the bread. “Thanks, Mama.” Adelaide glanced at the garbage bin, which had almost overflowed. A bread bag with the bread ends still inside protruded like a tongue taunting her. “You don’t have to throw out the ends you know.” Adelaide set her pencil and list of song ideas down on the banquet style table and walked to the garbage can where she wrestled the garbage bag free. She didn’t love bread ends, or the bread bum as Sophie called it, but they were perfectly fine and far better than an empty cupboard.

“The ends are terrible!” Belinda remarked. “You don’t have to do that,” she said as she glanced over.

“It’s okay, Mama. I’ve got it.” Adelaide folded the top of the bag over, squished the garbage down into the bag and tied the whole thing closed. She eyed her mother’s progress, but decided to chance it.

Adelaide slipped a pair of shoes she kept by the back door onto her feet and carried the bag out the back. She walked across the wooden deck, down the side stairs, and around to the dented silver garbage bin on the side of the house.

Somewhere toward the back of the property, a bird cawed. Adelaide hefted the bag into the can and resecured the lid with a slight clang as the metal reverberated against itself. She wondered how many of Madonna’s songs she should include on party cassette. Madonna was good to dance to and Sophie loved her. She was halfway up the steps lost in thought about if she could fit “Material Girl,” “Like a Virgin” and this summer’s hit, “Papa Don’t Preach,” on the cassette when she noticed something move out of the corner of her eye.

There was another loud caw as a big black crow swooped straight toward her. 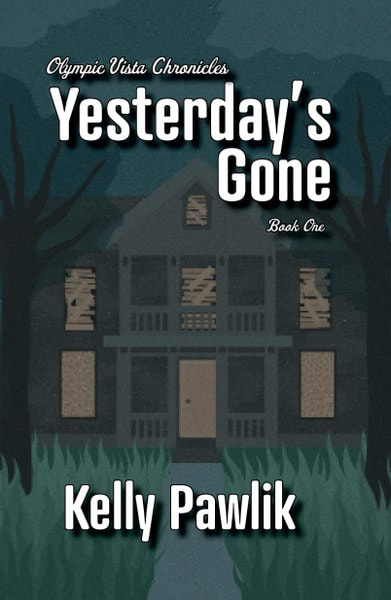 Delve into the mystery of the strange, small town of Olympic Vista, WA.

“Pawlik has a flare for writing about this period and I could truly visualize the eighties vibes through her description of music, fashion and even food.”

Book one of the Olympic Vista Chronicles follows Darius and Adelaide as they explore a house rumoured to be haunted. What they find is so much worse.

Darius Belcouer, a rich kid from Boston, moves to the strange, small town of Olympic Vista, Washington at the end of the summer of 1986.

Here he meets Adelaide and her friends. Eager to embrace his new life, Darius encourages them to help him explore a haunted house.

When the children discover government agents tasked with maintaining order in the chaos created by local scientists, they realize the house is only the beginning of the strange happenings.

An eager new kid, a deadpan music-lover, a fast-talking troublemaker, an anxious bookworm and a girl torn between popularity and adventure. Follow this group of friends as they delve into the mysteries of their small town while juggling the trials and tribulations of their home lives.

Yesterday’s Gone is the perfect quick read for those with a nostalgia for the 80s or who love a good kids-on-bikes story.

“Yesterday’s Gone is fast paced and the perfect weekend read!”

"It evokes the feeling of the eighties, bringing back some fond memories"

"A great poolside read that's impossible to put down"

Pick up your copy today and join this motley group of friends as they journey into the strange!

Everything twelve-year-old Adelaide Winter knows about her Washington state hometown is turned on its head when Darius Belcouer moves to Olympic Vista at the end of summer 1986.

The two become fast friends as they bond over the mystery of a local haunted house Darius wants to explore. The house, it turns out, is only the tip of the iceberg. They quickly discover the more they dig, the more they uncover, and the trail leads back to The Link, a research and development facility in town. Together, Adelaide and her friends delve into the strange occurrences around Olympic Vista.

A tale of horror, friendship, and coming of age in the late 1980s.

“Thanks for waiting,” Adelaide said as she turned to survey the house. The windows were boarded up and the roof sagged. The grass was long and yellow from the summer weather. There was an overgrown garden under the large front window. Some of the pieces of plywood over the windows were covered in graffiti, but Adelaide couldn’t quite make the words out in the moonlight. She turned back to the others. “So, we just... go in?”

They all looked at each other, then wheeled their bikes to edge of the property and set them down. Adelaide noticed Darius glance at them before he set his bike on the yellow grass. She thought she could make out a kickstand on his bike. Adelaide peeled the tape off her flashlight, removed it from her bike, and stuffed it into her backpack.

For a long moment the five of them stood there, illuminated by the soft glow of the moon.

“This was already an adventure,” Kurt pointed out. “I mean, we could just––”

Kurt moved first. He strode to the door and, after a second of hesitation, the others followed behind. Kurt reached out and grasped the handle. Then he turned it. 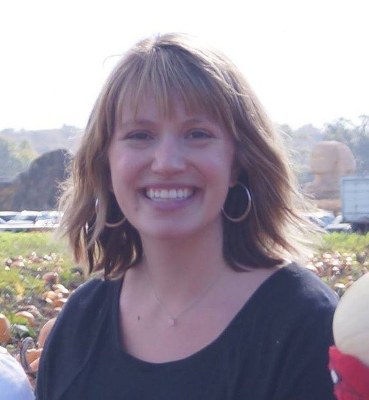 Kelly Pawlik dabbled with story writing from a young age. She spent her childhood reading, dressing her beloved cat, Midnight, up in doll clothes and hunting garter snakes in the backyard. Her favourite cartoon as a child was Jem and she is proud to own the full box set of DVDs. Her childhood dream was to be an author and she is proud to be bringing characters to life with the Olympic Vista Chronicles.

Kelly is a tabletop roleplaying game (TTRPG) writer and has released multiple RPG supplements with her husband under their micro-publishing company, Dire Rugrat Publishing. She has also contributed to several best-selling works with Kobold Press.

Kelly lives on Vancouver Island, BC with her husband, their three inquisitive children, and two lazy cats.