The Baker's Touch Tour and Giveaway 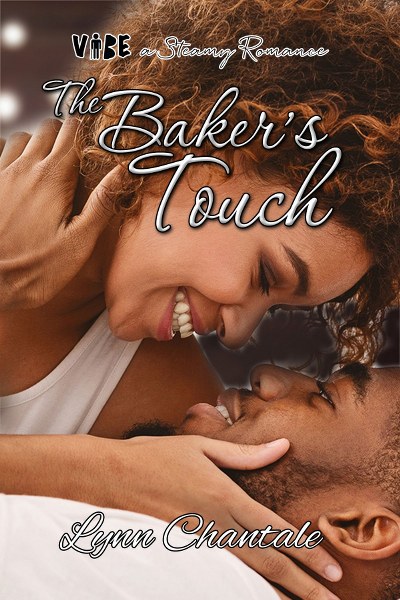 Valentine’s is always a busy time of year for PB and J Bakery.

With love fueling the need for sweet confections, there’s always room for romance. Even the anonymous gifts left for Penelope, by a secret admirer, are a welcome distraction from the chaos of chocolate and spongecake.

Penelope Bishop has an idea who’s sending the gifts, or at least she hopes it’s her sexy mystery man who stole a kiss on New Year’s Eve. The trouble is, she’s never seen him. Her only clues are dancing skills, a great pair of lips, and a sensual voice that haunts her dreams and every waking fantasy. All that pales when her assistant, Avery, inspires those same lustful thoughts.

Avery has loved Penelope from afar, but with her recent breakup, he doubts she’ll view him beyond the current role he has in her life...seeing eye person. He has one chance to woo a woman who defines her world through touch, scent, sound, and taste--think outside the dating box. When an old flame comes courting and makes Penelope an offer she just may accept, Avery has one last opportunity to make her his Valentine...he’ll have to bare all.

At his abrupt stop, she bumped into Sam’s shoulder; the soft wool of his suit brushed her nose. Penelope sniffed. A familiar blend, sweet like jasmine and nutmeg tickled her nostrils. She frowned, leaning closer to Sam. The scent blended with his spicy aftershave, along with a tang of something...earthier.

“Did you need something?”

“No, Sam,” Penelope said as she shifted beside him.

“All right.” None too gently, he shook off her hand and turned away. “Bill, did you receive the proposal I sent over yet? I tell you, there is major money to be made in this endeavor.”

From the direction of his voice, he had his back toward her and was gradually moving away. She huffed and patted her evening bag, making sure her cane was still inside. He had a habit of removing it when they were together, and she wanted to make sure he hadn’t done the same tonight.

Although if he had, she was familiar with the ballroom, and there were enough volunteers to assist her if needed. Tonight’s gala, while sponsored by several large companies, one of which Sam worked for, the proceeds were all benefiting The Commission for the Blind. A nonprofit organization that helped visually impaired individuals gain the education and skills needed to live a full and productive life.

And it was near and dear to her heart. The agency had helped her retain her independence.

Retinitis pigmentosa, a degenerative eye disease attacking the retina, had robbed her of her sight by the time she’d reached fifteen, a permanent factor in her life. Part of her was relieved to be no longer living in that limbo of seeing some things while completely missing others. But then, she had to deal with people like Sam. A man who was supposed to like her for who she was, but lately he’d left her feeling cold and alone. Will I ever find true love?

All week Sam had grumbled about escorting her to the event, but a few days ago he’d switched his tune, even going the extra mile and hired a limo for the evening. Her instinct had warned her that the sudden change of heart had nothing to do with her. So why did he really want to be here tonight?

She tilted her head, listening for Sam’s braying tenor. He was still droning on about business or whatnot.

“You look quite amazing this evening,” sin and smoke purred near her left shoulder.

She pivoted in that direction, not quite catching the voice. “Thank you.”

Warm fingers trailed down her bare arm, gripping her hand. A sizzle struck through every nerve of her body. It wasn’t just his touch but also his nearness. She was used to people’s closeness, but his nearness was unnerving. Almost possessive. Each time she exhaled, her breasts touched his jacket.

“Would you care to dance?”

He was so close, his lips grazed the delicate shell of her ear, sending tingles down her spine and straight to her nipples.

A smile creased her lips. “I’m sorry. Do I know you?” she asked, not recognizing the speaker.

Penelope tilted her head. The dulcet tones were scintillating, but between his low volume and the loud background noise of the room, she still couldn’t identify him. “I’m blind. Your voice sounds familiar, but I can’t quite place it.”

“I know. It’s all good. I’ve been admiring you from across the room, and I noticed your date seems to have deserted you for the moment.”

She bit her lip, not quite sure how to process this information. “He found one of his buddies to discuss business.”

“His loss. If I had such a beautiful woman as my date, I wouldn’t let you out of my sight for anything.”

Pleasure stole through her at the compliment. “Thank you.”

He tucked her hand through the crook of his arm, and they moved forward. “Your dress is stunning.”

Heat flushed her cheeks, delighted that her mystery man had actually noticed, while her date had not. Though her mother had described it to her in great detail over the phone, Penelope could only imagine the sequins and rhinestones dripping from the halter-style evening gown. Sam hadn’t bothered to give her a compliment. If anything, he’d said her lipstick was smeared.

Her heels clicked over a wooden surface. Vibrations traveled from the floor through the soles of her shoes toward the rest of her body. Her companion paused long enough to sweep her into his arms.

She stiffened. It shouldn’t matter that she didn’t know this stranger. All he wanted was a dance, nothing more. But being in his embrace, even for this dance, stirred a desire in her veins.

He splayed his fingers against her back and swayed to the music. “Relax. Just one dance.”

Relax. That was easy for him to say; he wasn’t the one feeling a bit turned on at the moment. She slowly exhaled and allowed the tension to seep from her limbs.

He drew her closer, not too much, but enough to feel his body heat and the soft scrape of his suit jacket against her skin.

She wanted to press closer; dancing with this man felt like the most natural thing in the world, unlike with Sam where she constantly had to stay alert for shuffling feet. This man kept her close, leading her around the floor as if they had danced together for their entire lives.

“You’re very graceful,” he murmured, holding her a little tighter as a breeze ruffled her hair.

Another couple brushed by them.

“I feel safe with you,” she blurted, then clamped her lips shut. She shouldn’t have said that, but it was the truth. No one had ever put her at ease in such a short amount of time. Relying on her fellow man was a daily thing, especially when she misstepped or walked into the wrong store. But this man had an air about him that put her at ease, even if he didn’t want to give his name.

“Who taught you how to dance?” He maneuvered her around the floor. Music and the murmur of voices grew quieter. We must be farther away from the dancers and speakers.

“My father. He was a dance champion for many years, which is how he met my mom. Though she never danced professionally. He taught me as a way to trust my instincts as well as my partner.”

“He did an excellent job.”

She inclined her head, her hair sliding over one shoulder. “Who taught you how to dance?”

“An after-school program when I was a teen. It just stuck.” His hand slid a little lower on her back. “I’m really glad I kept with it.”

Left turn. His thigh brushed hers, and his hand slipped to the curve of her hip. Three short steps and a right turn. She held her breath as his fingers grazed the swell of her derriere, then returned to her hip. The contact was brief, but enough to jumpstart her libido. Lust dampened her panties and tightened her nipples. All from a simple waltz around the floor?

She had Sam in her life, but he never made her blood heat and she never really felt safe in his arms either. She stopped dancing.

“Is something the matter?”

“I-I think I should go powder my nose.”