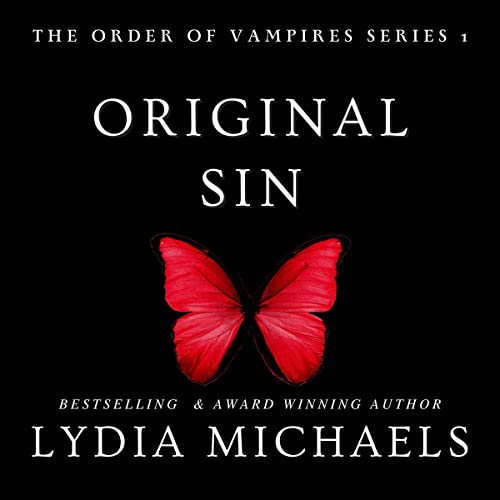 Adam Hartzler has always been an honorable immortal, but the fine line between right and wrong begins to blur when he is called to his true mate. If he does not find and claim her soon, he will lose his soul and humanity, transforming into a vile predator controlled by insatiable bloodlust, sentenced to a demonic and tortured eternity as a vampire.

Adam sets out on a quest to hunt his mate and claim her before it is too late. His salvation relies on his destined mate’s surrender, but when she refuses to cooperate, Adam must set aside his morals and do what is needed to survive. Time’s slipping away with his control, and his territorial instincts refuse to let her go.

Annalise Snow awakens on a primitive farm removed from modern civilization and in fear of her life. Her captor is determined to keep her prisoner and believes he is somehow entitled to her future. But she will not surrender easily. When Adam asks for the ultimate sacrifice, she must decide if he lives or dies.

Passion and emotion collide in an explosive meeting of destined souls, but love is never a guarantee, especially when eternity begins with betrayal.

Momma Says: 3 stars⭐⭐⭐
Original Sin is a different take on vampires than I've seen, which immediately caught my interest. And many parts of this first in The Order of Vampires series make for what promises to be an intriguing series. That said, I had some mixed feelings about this one. I like the idea of Anna not giving in and swooning all over Adam from the minute they meet, that even though she feels drawn to him, she's skeptical and wants answers. It actually feels longer than it is before they fall into bed. The book is quite long, (longer than necessary in my opinion), so it seems longer than the few days it takes before this pair seals the deal. There is a lot of will she or won't she even after the steamy fun, and the book really is wordy, which makes the pacing rather slow. Nevertheless, I liked the world created here, and I liked the premise and the characters. I also enjoyed the narration. Lucinda Gainey was new to me, but she did a great job with Anna, capturing that willful, determined streak. Honestly, this would have still been 4 stars if not for the twist toward the end. It was interesting, or would have been, but it just didn't work for me. It felt out of place with everything that had happened between Adam and Anna, and if what happened was the plan from the beginning, I don't understand the way things were before that twist. I know how it was explained, but there were still some things that didn't mesh with the way it all happened. So, while this particular book may not be everything I hoped, I still enjoy Lydia Michaels's writing and she certainly knows how to capture a reader with the steamy goodness. I would say if you're looking for something a little different in vampire romance, and you like some sexy with your hearts and flowers, this one is worth checking out, and you just might find a new series in the process.