Beyond Atlantis: An Epic of The Ancient Americas Book Tour 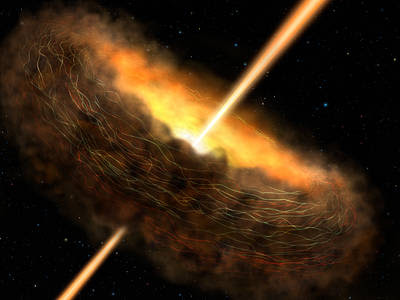 ‘You’d think you were a novice.’ Eten chided softly. ‘Could this be an accident?’ She hung the paddle on the vat’s edge. ‘No.’ It had been too spontaneous, there were bound to be flaws.”

Death being an inevitable part of life, more certain still than taxes, explains the allure of murder mysteries. For myself, I prefer reading books that contain at least have one unexpected death, even if it’s not a murder.

Actually, I took a leaf from the history of Genghis Khan in my epic. You see, Genghis died unexpectedly and here’s one vaunted reason. Castration, with a hidden dagger, by a captured Chinese princess. The death certificate would have stated loss of blood, not to mention loss of face. Following Genghis’ death concerned relatives recalled his four sons from their separate military campaigns. Each, almost mid-battle, turned their horses around and raced for home, leaving their armies to catch up. Whereupon the heirs descended into vicious squabbles over carving up the empire; thus, Europe wasn’t conquered by Genghis Khan.

““I’ll be ruined.” He reflected, white-faced, and handed Yin-Hsin a clay triumphal headdress.

Cementing the piece in the scene, ‘In three weeks’ time I’ll announce my retirement and an election, plus my support of Galen.’ Peregrine’s face fell.”

Now was he pushed, or did he throw himself at the winds of fate? Potential sudden death can be almost as fascinating as a fictional murder itself. The topic, perhaps even because it is macabre, is riveting. What’s your take on the value of fictional murder? 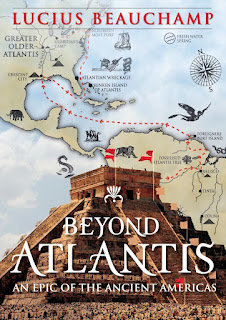 Beyond Atlantis: An Epic of The Ancient Americas
Lucius Beauchamp

10,000 years ago, ancient Atlantian Tribes of magicians flourished in the lower Americas and along the Mississippi.

Galen, an Atlantian magician priest is locked in a relentless power struggle with an envious sorceress who blackmails, lies, and manipulates. A prince of the blood, Galen is determined that nothing will stop his becoming an Archpriest.

Eten, blackest witch and high priestess sees angels and seeks a forbidden treasure. She finds Galen’s curse of having a soulmate particularly helpful.

Half a millennia ago the Island of Atlantis sank off the Biminis, the 13th Tribe was held responsible for the demise of Atlantis. The surviving Atlantians stripped the 13th of all technology and exiled them.

Vengeful, the 13th Tribe wishes to return but the 13th’s warlocks fear crossing into Greater Older Atlantis. They do not dare set foot on the Guardian-protected land. The great Guardian Tribe possess a formidable circle of psychics who roam North America keeping constant vigil to keep Greater Older Atlantis safe for all Atlantians.

With lightning rushing to greet the barbarians, not only sulphur made their guts wrench. That most feared God, the God of lightning, was among them. Sheets of power forked across the ground, felling dozens of the pure race. Repeatedly, the riverbed exploded and sprayed molten sand. Dripping glass sculptures remained and pressure waves threw barbarians into the glowing glass pools. Where some lay stuck, in death or dying.
The false day reached the refugees, the sky pulsing green. From the Safety of the hillside they saw it all, with deafening thunder rocking them. Dodging lightning bolts, the barbarians ran when they could to slid into super-hot streams of glass where their flesh seared so completely that bare-bones were exposed among living tissue. There was screaming at newly blackened limbs and sizzling holes within a shoulder or thigh, created by actual lightning strikes. And then more astral screams as the black shadows of the underworld chased and fell upon the freshly dead. Only a handful survived. It was another mist-night.

Tancah. Ten ships comprising another fleet had landed. Gold. Mounds of gold was being turned into ingots for shipment to the Far World.
The gangplanks were sunk into the pink sand by the tread of disembarking
warriors.
The scarred pyramids were towers with large stone tablets standing
on top. Not very wide, with ladder-like stairs, each had an almost sheer
drop at the back. Saplings burst forth in unexpected places among the ruins.
The seventh ship to dock was grander than the others. Its occupants always liked to be seventh, from superstition. Rhaim, the commander-in-chief hurried to meet these new arrivals. They were the main reason he’d come back to Tancah. After all, he didn’t want their leader to take offense. In black clothing with wide purple edging, the thirteen glided down the gangplank. Weary soldiers made hasty signs in the group’s direction while dropping their eyes. Even with a close trimmed mustache, the outlines of the first face were a death mask. Udo, the leader. Tall, white-haired and eyes robin’s-egg blue. The whole group was from similar molds.
Not on land yet, Udo glanced at Tancah. A connoisseur, he breathed
deeply of the destruction. Then he put a foot hard on the sand and dogs began to howl. A flock of monarch butterflies, resting on their way to their wintering ground, filled the air. Raising his hand to the sky, Udo cut a swath through the gossamer wings. The lovelies rained down among the pyramids, while the coven roared with laughter.
Invisible to everyone, a watcher hovered over the beach within sight of the ships. As one, the black-garbed group turned to look at him, eyes burning. Languidly, Udo said, ‘Kill.’
Two men vacated their flesh so utterly that their bodies fell to the ground. Their spirits were shadow hounds. Instantly the temple flyer telepathed the sight to his temple, then spirit claws were on him. Dying, screams filled the heads of other flyers.
The murdered watcher’s body, seated in the temple chamber, spasmed and went limp. A high priest wiped the corpse’s brow, ‘Where is the other?’
Simultaneously, Udo’s face was in the room, hanging in mid-space.
Gloating, he disappeared. Then he was back at the beachfront. ‘Find the other watched.’
The two dark hounds pounced forward, but Udo’s snarl sent them scurrying into their bodies. He believed in sharing and signaled a fresh pair.

The author was inspired to write this book because, like Plato, the author believes Atlantis existed. Interpreting Plato's description of the location of Atlantis, backed up by Edgar Cayce's readings, Lucius feels that the Island of Atlantis was off the Biminis. Therefore, for the author, the Continent of Atlantis (Greater Older Atlantis) was North America, USA. Writing this epic has been Lucius Beauchamp’s means of creating a world in which people can escape from the travails and the, at times, seeming randomness of living for a while. A place where readers can take their ease and be refreshed by imbibing this layered adventure as they would a well-deserved drink at the end of the day.

In life the author has followed the maxim that what goes around, comes around. Therefore, he does regular simple volunteering that assists inner-city people who are in crisis and/or temporarily homeless. Earlier in life Lucius did Hospice volunteering, which he feels gave a solid grounding, a balance to his life.

To this same desire for balance, especially in Covid times, the author has turned his backyard into a veritable bird sanctuary. Currently, three birdbaths, tall native shrubs and native trees bring in all the local small birds. Lucius has watched fledglings wander the garden in the first weeks out of the nest and an occasional wind-battered adult shelter daily among the honey-blossoms until well. The author set each of the two shallow and one medium-deep birdbaths at a slope, as he’s observed that smaller birds love to strut around a shallow end before diving into the deep end of their swimming pools. Kookaburras are discouraged from hunting geckos in the backyard, it upsets the little birds, though they’re welcome to bathe and drink. The birds, the Spring bobtail lizards and a type of small marsupial that arrives at tree-berry harvest time aren’t bothered by the Beauchamp family dog or cat, as they have a twilight curfew and or bells.

Other than birdwatching, a main interest of Lucius is building a collection of retro, vintage and, infrequently, antique Matchbox Cars. Crossword puzzles, Lucius saves for lazy Sunday afternoons. Some Lucius’ viewing preferences are the Star Trek movies and series, plus Le Carre’s Tinker Tailor Soldier Spy series and the Smiley’s People series.

Lucius’ wish list is as follows: To tread the USA Appalachian Trail for as long as his legs hold out. To spend two months in Maine one Fall, hiking and just watching the festival of color until the leaves turn then drop. To walk the week-long trek to Machu Pichu. To fish one of the great North American rivers. To take a long sojourn on a paddle steamer down the Mississippi River.

The author has included many descriptions of mushrooms in his book, several of them poisonous and many varieties that are difficult to differentiate from look-a-like poisonous fungi. Knowing how many people on seeing a mushroom in the wild will be tempted to pick it, Lucius has included a Warning Note at the bottom of the Acknowledgements Page, in the E-book and in the print version.

The author and partner are equal joint-owners and equal co-publishers of Beyond Atlantis: An Epic Of The Ancient Americas.

Lucius’ heartfelt thanks go to author Dave Luckett who originally critiqued Beyond Atlantis: An Epic Of The Ancient Americas and then tutored Lucius, on a weekly basis, for several months.

Further the author’s profound thanks go to Professor Van Iken, who Lucius was fortunate enough to have critique Beyond Atlantis: An Epic of The Ancient Americas, after it had been redrafted following intensive workshops with Dave. Professor Iken then very generously critiqued the book a second time, once Lucius finished an almost-final draft.

Lastly, the author’s greatest thanks go to his partner for all the patience, advice, editing, critiquing, for improving the story’s momentum and for story/scene/dialogue assistance. Together Lucius and his partner created the book’s first short name and then together added the longer version of the name. It was Lucius’ partner who discovered the book’s hook, that is, who found the book’s current first two paragraphs which Lucius had buried further within the chapter.