Conspiracy of Cats by B C Harris Virtual Book Tour 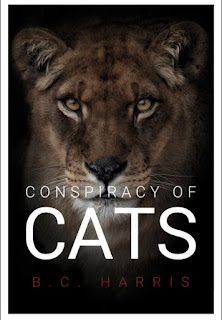 Conspiracy of Cats
B C Harris
Genre: Contemporary fiction, paranormal, murder mystery
Publisher: Olympia Publishers, London
Date of Publication: 26th August 2021
ISBN: 978-1-80074-032-7
ASIN: B09CGHZ7K7
Number of pages: 325
Word Count: 123,121
Cover Artist: Olympia Publishers, London
Tagline: A Beautiful House, A Horrible Death, A Brilliant Revenge
Book Description:
CONSPIRACY OF CATS… a supernatural murder mystery.
An apprehensive Jos Ferguson travels from Edinburgh to Northern Tanzania to visit the house her Uncle Peter built before he died. But Peter isn’t as dead as he should be… he was murdered, and he wants his niece to help him exact revenge upon his killer. With a little Maasai magic and a conspiracy of cats, Jos sets out to do exactly that.
A beautiful house. A horrible death. A brilliant revenge.
Who knew death could be so lively?
Olympia Publishers     Amazon.uk      Amazon

Looking back, it was as if Peter had known that he was going to die.

It was as if all of them had known, because the Maasai came prepared for their ritual even though their little brother died only a few hours before they arrived. It was the largest group of Maasai Beola had ever encountered at the white house. At least fifty men, most of them warriors, all carrying their weapons and their shields. Their chests and faces and arms painted as if they were going into battle. She watched them from the master bedroom window, just as she’d watched the police arrive, having gone back up to finish changing the bed so it would be clean and ready when Jude returned. They arrived on foot just before sunset, and it would have taken all day to walk from their village on the western side of Mount Kilimanjaro all the way to the white house.

Some of the warriors carried armfuls of wood, and immediately began building a large fire in the middle of the lawn. The elders, including their bearded laibon, sat down on the porch steps to rest and, when Beola went out to meet them, they asked only for water. When she offered food they politely refused. When Beola moved to go back inside to fetch the water, a young warrior stopped her. ‘We must leave the white house in peace, little sister,’ he told her, and then he and several of his fellow warriors guided her towards the lodge where they fetched enough water for all. When that was done, the young warrior told her, ‘Word has been sent into the park so your husband and your son will come home soon. When they do, you must be ready to leave.’

‘The laibon wishes to cleanse the white house of sorrow.’

Beola knew better than to argue with the wishes of a laibon, and so she nodded, resigned.

‘How long must we stay away?’

‘Moon die and come back again, man die and stay away. Come back with the new moon, sister.’

Back inside the lodge Beola began to pack, without any clear idea of where her family would go or who they would stay with. By then it was full dark, and the fire was burning so brightly she could see its orange glow above the garage blocking her direct view. Kissi and Ben arrived while she was still packing, in shock at both the death of their friend and the large gathering on the white house lawn. The evening breeze was becoming a wind by then, and the stars were obscured by gathering clouds. The warriors had begun to sing a sorrowful sounding song, their beautiful voices competing with the mounting voice of the wind.

By the time the Nyerere’s were readying to leave, a storm was in full flow.

The perimeter of trees bent and swayed in the wind that had initially made their leaves whisper. That wind was howling and shrilling by then, a tempest that thrashed and whipped the leaves and branches. Storm clouds had gathered so close, they were piled on top of one another, grumbling, rumbling, crashing with thunder directly overhead. Lightening split the night over and over. Up on the roof garden, a solitary figure braved the onslaught. The old laibon was yelling into the night, his spells snatched away by the wind that seemed, in turns, to want to blow him away and push him down. Rain pelted down upon him, it blinded his eyes, dripped from his beard, soaked his shuka and chilled his bones. He fought against it, at the same time as he embraced it, arms stretched wide and high. Calling out, over and over, to the spirit of his friend.

As the Nyerere’s were loading up their jeep, another vehicle arrived, lights sweeping across the scene as it circled the lawn. Beola thought that it must be Jude, but it was Henk de Vries, pulling up in his flatbed truck. She assumed he’d heard the news and had come to pay his respects. She ran towards him, but half a dozen warriors barred Beola’s way. They told her to go, to never speak of this night to anyone. Beola struggled against them, and called out to Henk in some distress, but either the wind stole her voice, or the Dutchman chose to ignore her. Kissi was next to her by then and had to impel his wife bodily into the back of his Land Rover as Ben sat quietly weeping in the front. He then got in himself and set off for his father’s home in Arusha, having called ahead to stay there were sanitation issues at their home, so they needed a place to say for a while. As they were moving around the lawn towards the drive, Beola watched Henk lower the tail gate of his truck and saw two warriors lift and carry something towards the fire. Meat for the funeral feast, he told her much later.

When Kissi’s Land Rover reached the foot of the hill, he turned north towards the main road that would take them to Arusha. They left the storm behind almost immediately. When they reached the top of the escarpment, he stopped and got out. Ben and Beola joined him. Together they stood atop the ridge, watching a small storm rage over the white house. 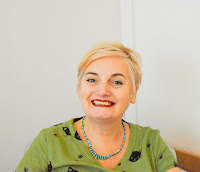 B C Harris is a Scot who, at the time of writing, had just finished renovating a farmhouse in France. A labour of love that began from first sight back in 2016. No sooner had the final length of flooring been laid and the last paintbrush dried, than disaster struck in the form of pandemic. France went into a strict lockdown and, with time to do more than simply daydream about writing books, a new project began to take shape.
Writing began as an escape from the fear and isolation that was soon affecting us all, and quickly flourished to become ‘Conspiracy of Cats'. The global pandemic seems to be receding now, but the passion for writing has taken root. Find out more about B C Harris online.
Twitter: https://twitter.com/BCHarris64
Facebook: https://www.facebook.com/AuthorBCHarris
Instagram: https://www.instagram.com/beverleycharrisauthor/
Interview https://www.youtube.com/watch?v=IuiVm2B-_bo
Second interview https://anchor.fm/donna-morfett/episodes/BC-Harris-e16hvnk
Facebook book group https://www.facebook.com/groups/2890431834618695
Goodreads Author page https://www.goodreads.com/author/show/21921104.B_C_Harris
Article About Author:
https://chrisrobertsmbe.co.uk/scottish-authors-first-novel-could-be-the-next-netflix-film-or-series/ 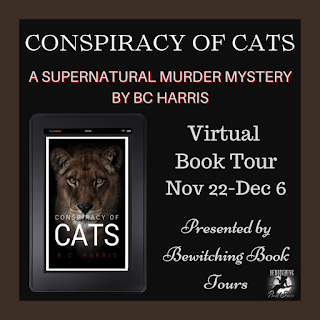