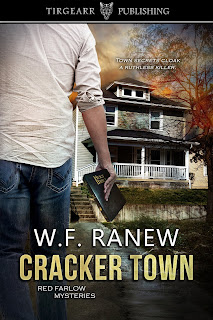 In 1955, Cleet Wrightman is found guilty of murdering a woman and sent to the Georgia State Mental Hospital to serve out his time until 1973. In spring of that year, young agent Red Farlow investigates the slayings of three members of the Goings family in Valdosta, but he was never able to apprehend the murderer.

Two days after Wallace put Cleet on a bus to Atlanta then on to Ellijay, Georgia, the mechanic heard a knock on his front door. Actually, someone pounded on the door.

Wallace thought the glass might break. He went and opened the door.

Jamison Elton stood there and held a shotgun.

“Woah, now. What the hell, Jamie? Believe we been through this before,” Wallace raised his hands and stepped backward. He had shotguns in the middle room, where he lived most of the time. Another one was behind the front door, not three feet from where he stood. A twenty-gauge double gun, loaded.

Despite his jitters of late, Wallace kept his cool. He’d talked people down from rage before. He took in the odor Jamison emitted into the air between the two men. Stale whiskey. The sweaty kind of air from someone drinking a lot of hard liquor over several days.

“You want to come in, Jamie? ’Course, you going to have to leave that bird gun on the porch.”

The visitor looked around and leaned his gun by the door. He staggered into the house. 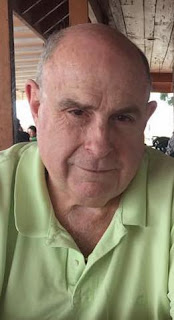 W.F. Ranew writes the Red Farlow Mysteries series from Tirgearr Publishing. The most recent book is No. 5, Cracker Town.

Ranew formerly worked as a newspaper reporter, editor, and communication executive. He started his journalism career covering sports, police, and city council meetings at his hometown newspaper, The Quitman Free Press. He also worked as a reporter and editor for several regional dailies: The Augusta (Ga.) Chronicle, The Florida Times-Union, and The Atlanta Journal-Constitution.

He lives with his wife in Atlanta and St. Simons Island, Ga.

W.F. Ranew will be awarding a $15 Amazon or Barnes and Noble GC to a randomly drawn winner via rafflecopter during the tour.
a Rafflecopter giveaway
at November 12, 2021