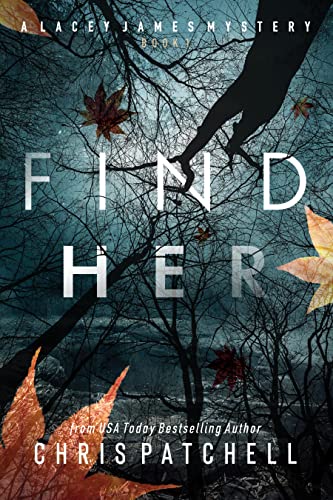 A simple heist at a hardware store uncovers a brutal crime spree leaving a police officer dead, several innocents murdered, and the small Oregon town of Sweet Home shaken to its core.Veteran police officer Lacey James answers the call. The robbery suspect has fled, but the items she finds inside the car at the scene raise the hackles on the back of Lacey’s neck: a hammer, a tarp, zip ties, and a stolen gun. This discovery pushes her suspicions to an all-time high and has her questioning what dark and dangerous crimes this man may be involved in?Eden Mills is smart, kind, and fun-loving. Not the kind to make enemies or run away. But Eden has a stalker, and when Lacey discovers that Eden is missing, possibly kidnapped, there is plenty of reason to fear the worst. As Lacey peels back the layers of the suspect’s crimes, her pursuit of the truth leads to unthinkable tragedy.A colleague is dead. Her suspect isn’t talking. And time may be running out for Eden.Can Lacey find her before one man’s obsession destroys more lives?

Momma Says: 4 stars⭐⭐⭐⭐
It all starts with a stolen hammer, something that can be completely innocuous, depending on the hand it's in. Then it's downright chilling. Find Her goes back and forth between Lacey and what seems at first to be a completely separate story, but pay attention because things come together very quickly and it's enough to give the heroine of this tale a run for her money.
I'm a sucker for a mystery/thriller series, especially when it features a strong character like Lacey James. And when I say that, I don't mean she's all tough cop. She is a smart and very capable investigator, but she also has a softer side - the side that is a wife and mother, and it was interesting to see how that contrasted at times as well as how both sides worked together. It all comes together to make her the determined officer she is, the determined officer she needs to be to find a missing woman.
This is the first book in a new series by Chris Patchell, and it's everything I've come to expect from this author. The storytelling pulled me in from the start and I ended up finishing the book in a day. Now, I'm anxiously waiting to see what's next for Lacey James and those around her.