Dawn of a Demon Tour and Giveaway 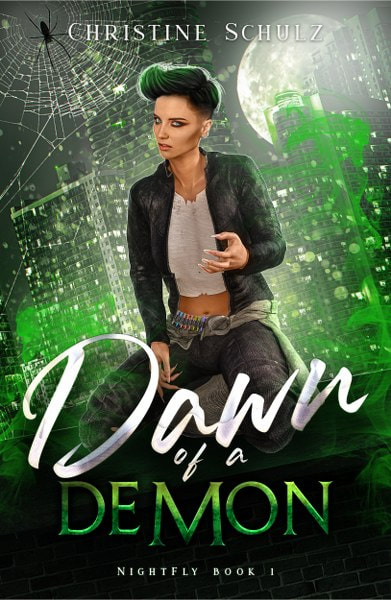 Dawn of a Demon

The fight to save my city and everyone in it has only just begun. It's time to sharpen the cat claws and unleash the spider fangs because this half shifter always catches her prey.

When a toxic memory-warping drug starts breaking the minds of everyone in the city, it becomes my mission as a military soldier to hunt down the criminal mastermind responsible before its deadly magic claims any more lives. But when the target I’m pursuing attacks my father and I watch helplessly as a good friend perishes before my eyes, things get personal. Now, I’ll bend every rule to bring down the savage who dragged my family and friends into this mess.

Unfortunately, saving the city and the people I care about comes at a cost. When I discover the true reason this magic has infested my home, I'm forced to make an impossible choice: do I protect the people I love or put an end to this catastrophe once and for all to stop more minds from being destroyed ever again?

“I think that’s our cue.” Ryker nodded to me, and we both darted over to Kasra, diving into the chaos.

Rushing past our target, I activated my own magic to get a whiff of Davian’s oozing from his body. I violently rubbed my nose, the smell of salty air burning past my nostrils. Water magic. Glad I didn’t take Ryker up on his bet.

The tip of my boot nudged something soft on the floor. I looked down to see the drunk, who had fallen flat on his back. His poor balance made it look like he was trying to stand up on a patch of black ice, his flailing arms knocking over everything in his way.

“I’ll get you for this!” The incoherent words babbling out of his mouth took me a moment to decipher.

“Doubt it.” I kicked him over with my boot, and he was officially down for the count.

When I returned my gaze to the room, half the bar had joined in on the fight, the noise intensifying to eardrum-rupturing levels. The three other men who had been sitting at the table with Kasra circled her, taking turns with their knives and magic, trying to take her down. She was ducking and dodging their attacks, smacking the men around with her bare hands. One of them leaned over to snatch a pair of kitchen shears from behind the bar and sent it flying toward her face. She stepped to the side, narrowly avoiding it, but the blades now had another target.

“Watch out!” I dove at a frightened bartender hustling toward the front door, who was about to be on the receiving end of the sharp object embedding itself into the back of her head. As I crashed into her, the pointed tip pierced me in the arm, ripping open my skin before clattering to the floor. I seethed at the burning pain that radiated from the shallow puncture wound, warm blood soaking into my plaid button-down.

“You’re welcome,” I insinuated, although I was certain she was too in shock to hear my words. The woman froze, let out a high-pitched shriek, then ran out of the bar and never looked back.

Ryker was battling his way through some angry patrons, using his magic to stab his knife through expertly placed portals and trying to prevent an angry mob from reaching Kasra. Glasses shattered across faces. Plates were thrown like deadly frisbees. Tables overturned and chairs flew across the room.

An overly confident man came charging at me with a fork, so I picked up the scissors from the floor and chucked them at him. Missing my mark, sharpened cat claws shot out of my fingertips. I lunged in his direction, my body contorting as he swung his fist at my jaw. As I twisted around him, my claws cleanly sliced four gashes up his forearm. The man’s eyes bulged open and he took a step back. The once fearless man dropped his utensil and scampered off in a different direction.

I winced as something heavy shattered against the back of my head. Whipping around, my foot crunched on broken glass from a liquor bottle. I skewered my next target with an unflinching stare and ripped a blue bullet from my belt.

Sleep powder exploded across his chest, and the man dropped to the ground with a thud, eyes rolling to the back of his head.

“Show women some respect,” I muttered to the unconscious man as I defied my own statement by grabbing a wooden chair and chucking it at a husky woman about to pounce on Ryker. Just beyond her, a man with dark-rimmed eyes and washed out skin concealed himself with a trench coat while he pushed through the rowdy crowd.

“Ryker!” I cried, pointing at Davian trying to make a run for it.

“Go get him!” Kasra insisted as she punched a pot-bellied hooligan in the gut. She still hadn’t activated her magic. “I’ve got this.”

Fighting a brief curiosity to watch Kasra in heels and a skin-tight skirt take down a horde of savage men, Ryker and I took off, chasing after Davian as he left through the hallway and out the back door in the kitchen. 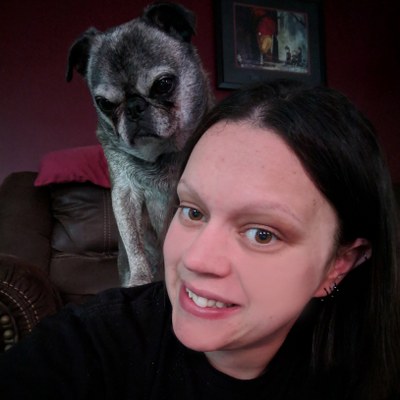 Christine is a pug loving foodie who has an unhealthy obsession with unicorns, and you'll definitely see bits of that shine through in her stories. As a young child, she would put her imagination to work, pretending to live in a fantasy world where she could fly, fight the bad guys, and save the world. Although she could never master the art of flying, she did manage to eventually put all those ideas down on paper and is currently working on two series: Black Sheep and NightFly.